Formula 1 rookie George Russell says he is “not interested” in battling exclusively against Williams teammate Robert Kubica at the back of the grid. 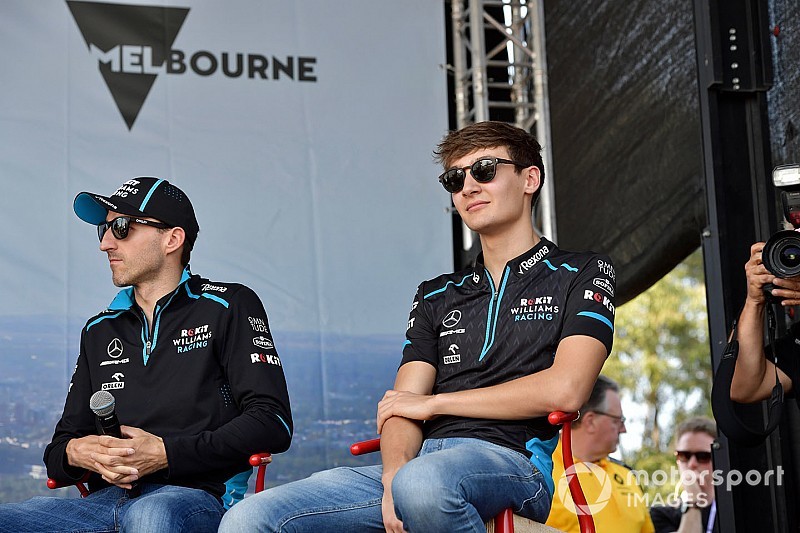 After the late arrival of its new FW42 led to a disrupted pre-season programme, Williams was firmly last in the pecking order throughout all of the season-opening Australian Grand Prix.

Russell trailed Kubica in first practice but was ahead in every session after that, going on to finish a lap up on the Polish driver, who had broken his front wing at the start.

“From a personal perspective, you've only got your teammate to compare against,” Russell said after the race.

“Obviously I'm not disappointed to have come out on top, but at the end of the day I'm not interested in fighting him [Kubica] for last.

“We need to work together to make this right.

“Personally I can take a bit of satisfaction from this weekend. [Saturday] was a really great day for me, I left the circuit with my head held high and [in the race] we knew what we were in for.

“And obviously it wasn't a fair fight with Robert; he had a bit of damage at the start.

“So for both of us it was just bring the car home and just learn as much as we can.”

Russell took the chequered flag in 16th place on his F1 debut, two laps down on race winner Valtteri Bottas.

But a two-stop strategy did mean the Briton found himself chasing a group of midfield cars in the end, although they had been a lap ahead.

“At the end of the race I was kind of also stuck behind [Lando] Norris and [Sergio] Perez because I was on fresh tyres,” Russell said.

“So that was quite nice actually, just to be so close and understand actually how much downforce we're losing when we're there.

“We can almost say these are practice sessions for when we've got the pace [in the future].”

Team boss Claire Williams praised both of her drivers' efforts in Melbourne.

“Both George and Robert have done a very good job for us this weekend,” she told Motorsport.com. “I'm happy with both of them.

“We knew it was going to be tough, we knew we were going to be at the back. But as I said to the team, people are still watching us, it’s still important that we come out and do the best job that we possibly can.

“We got two cars home, and we did great pitstops, and we did good strategy calls, and that’s all we can ask for at the moment.

“The most important thing is we got a lot of learning out of it, there’s a lot of information now that we can go and analyse to make improvements.”

The factors that hurt Ferrari in Australia