George Russell was relieved to see Formula 1’s Azerbaijan Grand Prix weekend end after a mix of illness, his bizarre practice incident with a drain cover and Williams’s performance.

Russell arrived in Baku suffering from a respiratory infection, then hit a dislodged drain cover in first practice which caused major damage and forced him to miss FP2 as well.

Though he outqualified and outraced teammate Robert Kubica for the fourth race in a row, both Williams drivers were lapped twice on a circuit the team has enjoyed favourable form at in the past.

“It was as good as it could be,” said Russell. “We knew coming into this weekend that it would probably be the hardest weekend for us.

“Put that on top of me being really ill since last week, and then the manhole cover on Friday really ruining all day, and then the guys having to work all day through the night to get the car fixed.

“It’s just a relief for all the weekend to be over.”

Kubica’s first experience of Baku was equally challenging, thanks to a combination of his own error and a mistake by the team.

First, Kubica crashed heavily in the first part of qualifying, and Williams opted to start him from the pitlane so it could make suspension set-up changes and fit a different specification of rear heave spring.

However, Kubica then left the garage too early to head to the pitlane exit, which earned him a drive-through penalty.

On-track, Kubica said he found it tough to keep the car out of the wall almost immediately.

“I was nearly in the wall already in the first braking area,” he said. “It was a good warning.

“Unfortunately I suffered all weekend with some issues on the braking and on the brake pedal the car was pulling to one side.

“I got this big warning, which was kind of a wake up. And I tried the bring the car home.

“It wasn't easy because I was following some cars and on many laps it was not giving you confidence at all.

“With the walls next to you with the problems, we are having it was really uncomfortable to drive.” 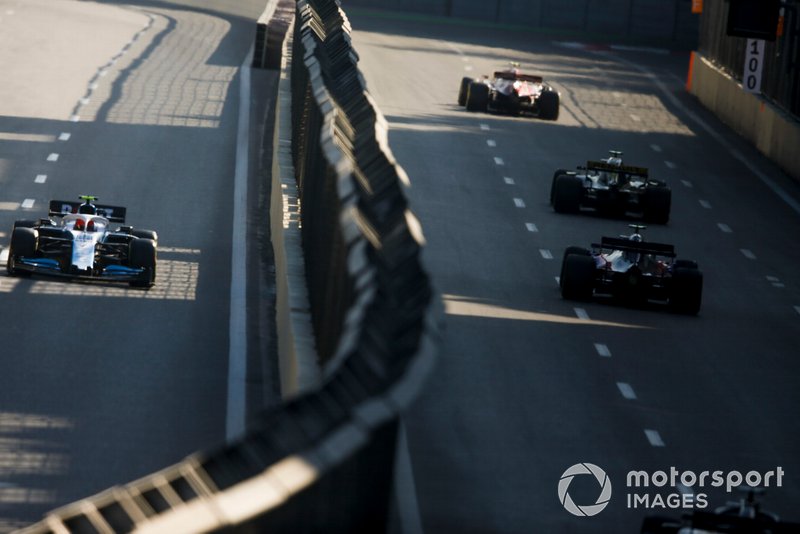 Russell: Williams has "to be aiming for points" from 11th

Williams has "no criticism" about Russell's move at Imola