Russell to stay on at Williams after "confusion" over future

George Russell will remain with Williams for the 2021 Formula 1 season following speculation about his position and "confusion" about his future with the team. 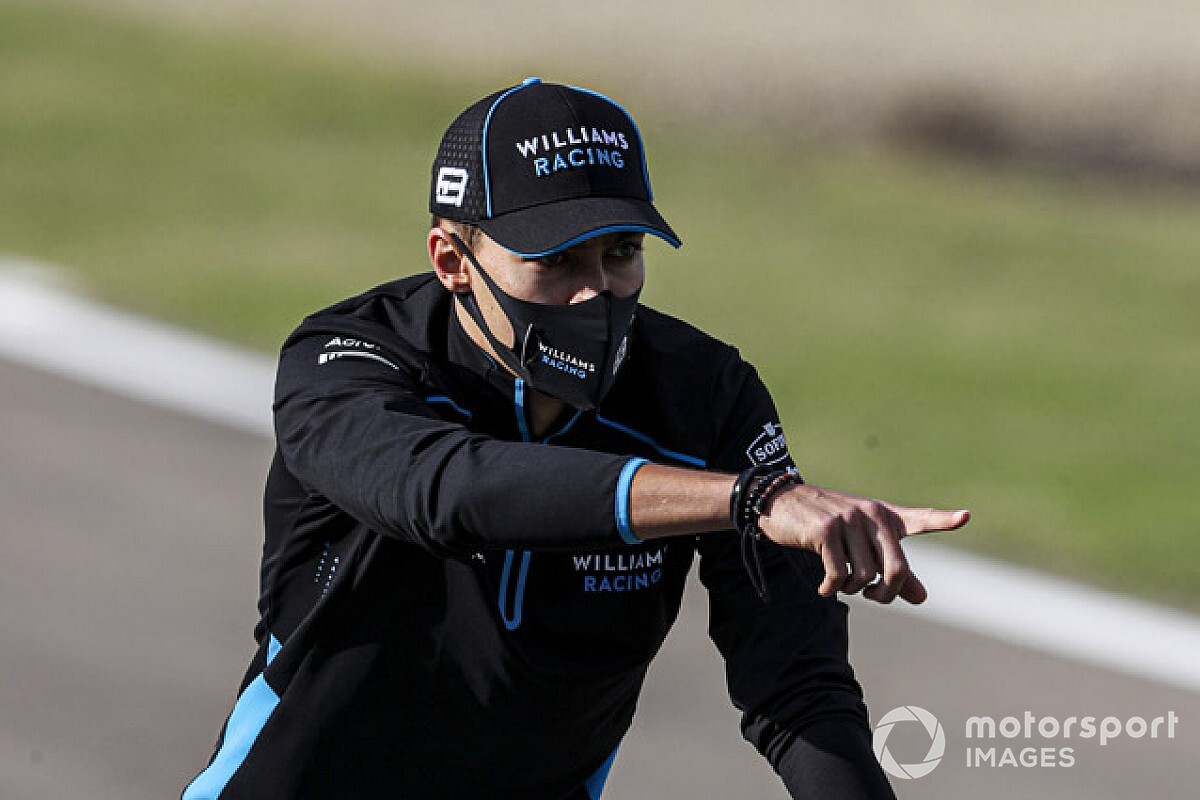 Williams announced back in July that Russell and Nicholas Latifi would be retained as its driver line-up for 2021, albeit prior to a change in the team's ownership.

Although Russell said he had "no concerns" about his future, acting Williams F1 chief Simon Roberts refused to confirm the existing drivers would remain for next year.

But Roberts moved to confirm that Russell and Latifi would be remaining with Williams for 2021 ahead of this weekend's Emilia Romagna Grand Prix.

"I probably caused a bit of confusion last week, I'm sorry about that," Roberts said.

"We didn't really want to comment on the driver position. But as George said, Claire [Williams] made the announcement earlier this year, nothing has changed.

"This is our driver line-up for this year and next year. We're very happy with them, and we look forward to working with them in a continued way."

"It's never nice to hear any speculation that your job is potentially up for grabs," Russell said on Thursday.

"But nevertheless, I was confident in what I could perform on-track and ultimately I had to do the talking on track. As Simon said, I was confident nothing would change moving into 2021, even with all the speculation going around.

"Like I said, I think a lot of the speculation was fed via other teams surrounding drivers to create these issues over the last couple of weeks."

It marks another avenue closed for Perez to remain on the grid for next year, leaving Red Bull as his only realistic option of securing a seat in 2021.

Red Bull has stated it will look outside of its existing driver pool if it opts to drop Alexander Albon for next year, making Perez or Nico Hulkenberg potential candidates.

Although Haas is yet to announce its line-up for next year, it is expected to take on two rookies, with F2 racers Nikita Mazepin and Mick Schumacher in line to get the seats.

How Russell staked his claim for Hamilton's crown