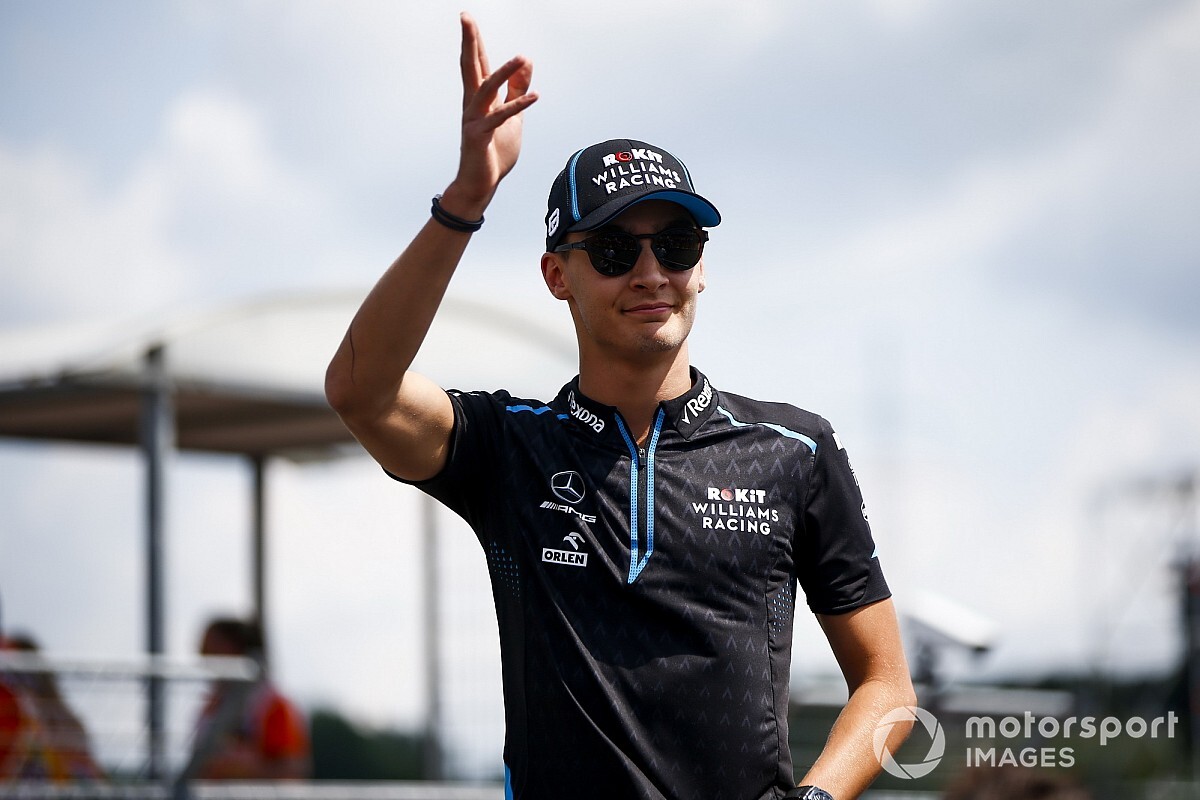 George Russell sees “no reason” he will not stay at Williams in the medium-term and believes only something “drastic” would prise him away from the Formula 1 team.

Russell has performed well in difficult circumstances in his rookie F1 season, after joining the Williams line-up as Formula 2 champion.

Williams’s struggles have left Russell almost exclusively fighting teammate Robert Kubica at the tail of the field, but Russell’s performances have led some to link him with a possible move to Mercedes, which has backed him since his title-winning GP3 season in 2016.

Russell told Motorsport.com: “The matter of the fact is as Claire [Williams, deputy team principal] said, I signed a three-year contract with Williams.

“So, unless anything drastic happened, I see no reason why I wouldn’t be here for the following couple of years.”

Russell’s multi-year Williams deal was announced before the end of the 2018 season, which allowed him to integrate himself with the team behind-the-scenes over the remaining grand prix weekends, and over a full winter.

While Russell is a committed Williams driver, Mercedes still keeps a watching brief on its former junior – giving Russell short-term and medium-term security.

“I know in Mercedes, as long as I’m performing, they will support me and it does relax as you as a driver because you can fully focus on the job at hand,” Russell told said.

“If you have one bad weekend, they’re not going to snap at you and ask what the hell went on there.

“They’ll offer support and advice for how not to be in the same situation again.

“It’s a really great way of doing things. As long as I’m doing my job and they’re giving me the opportunity to allow me to focus on the job, I think I’m in the best hands possible on the whole grid.”

Mercedes has been deciding between continuing with Valtteri Bottas for 2020, or promoting reserve driver Esteban Ocon to a race seat alongside Lewis Hamilton.

Team boss Toto Wolff ruled Russell out of that conversation in the short-term, but Russell thinks he would be ready for a call-up.

“[Max] Verstappen won in his first race with Red Bull, Charles [Leclerc] is giving [Sebastian] Vettel a run for his money in his first year.

“I obviously really and truly believe in myself. If I ever were to get an opportunity, it would be stupid to think I can go in there and beat Lewis at the first race. In my opinion he's the best driver on the grid.

“If the opportunity were to come, I feel absolutely confident I could take it with both hands and quickly learn as much as possible, and be there ready to really deliver after a couple of races.”