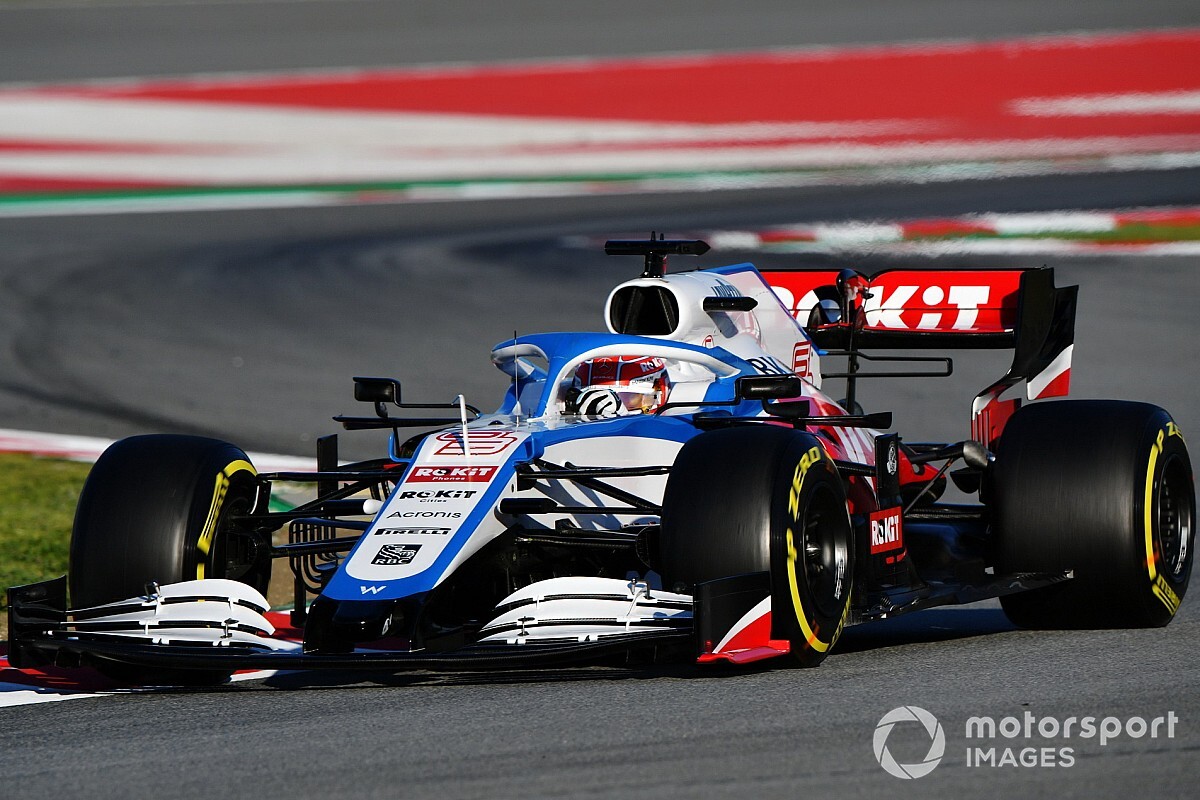 George Russell feels there is “no way” Williams will be as far off the pace of is its 2020 Formula 1 rivals as it was last year.

Williams’ 2020 season started in much better shape compared to ’19 – when it missed the first two full days of testing with the FW42 – with Russell handing it the ninth fastest-time in the first Barcelona test, ahead of Haas.

When asked if he felt Williams would be closer to the midfield compared to last year, when the team scored just one point, Russell said: “There's no way we'll be as far off the pace as we were last year.

“Last year on average we were one second behind [and] you can say that all the other teams at least have found three tenths - so for us to be fighting we need to have found at least that amount.

“If we can achieve what we're aiming for then I think it'll be a great job, which is to be fighting with other teams.

“But we just need to see - next week will be a better understanding but realistically, Melbourne is the time everybody will know where they stand.”

Russell spent most of the morning sessions on the first two days of the first test completing a series of aerodynamic correlation tests. His teammate Nicholas Latifi drove on the final day.

Russell explained that this was because Williams had brought “loads of aero items” to try and “see if everything's correlating versus the windtunnel, versus CFD and how it's working on the track”.

He added: “We did loads of rake running [on the second] morning. I don't know the results from yet but it's very beneficial and it's what's needed in these early days.

“It wasn't the perfect day [on Thursday], but I think it'll be productive in the long run.”

Williams’ deputy team principal Claire Williams said that the squad is targeting “realistically a Q2 position”, as well as scoring, at each round in 2020.

“We want to go racing,” she said. We’re here in Formula 1 to go racing, that’s why Williams exists, we’re not here to do anything else.

“We’re here because we love racing, and last year we just weren’t racing.

“Robert [Kubica, who drove for the team in 2019] and George were racing each other, and we want to be coming to each and every race, being able to fight for realistically a Q2 position.

“And then to fight for a position in the race that brings our pride back I suppose, and that George and Nicholas have the opportunity to fight with the midfield competitors.”