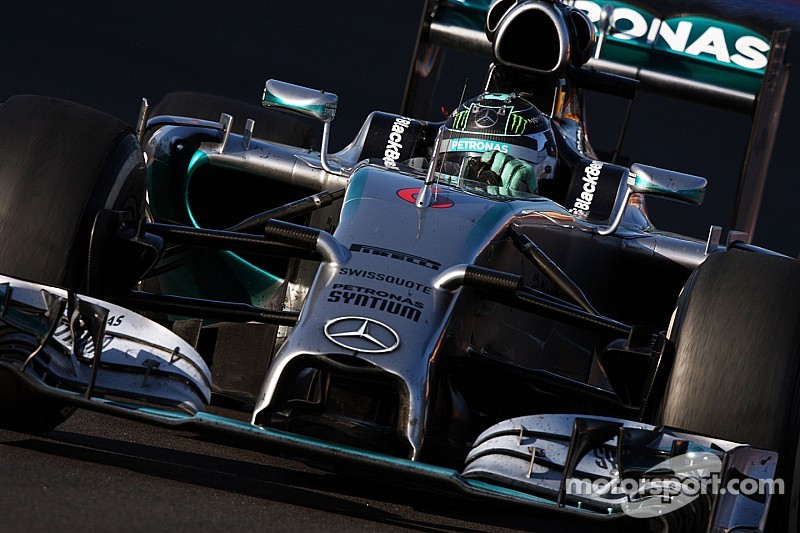 The first Russian GP in history took place, without doubts, in a wonderful scenery, but insignificant from the point of view of technics and show.

Worries about bends proved to be unfounded with an asphalt not abrasive at all. Without requirement to change compounds, the drivers would arrive safely at the end of the 52 laps without problems, as Nico Rosberg showed us, who had compulsory to stop on the first lap and author of the fastest lap during the last one.

The impulsive and aggressive Rosberg

Super Mercedes, both as team and as Power-Unit, with five riders placed in the top five positions. Only Felipe Massa was missing. With the double of today, Mercedes mathematically wins the Constructors' Championship. Rosberg get lucky the second place, considering how things were at the beginning and Abu Dhabi’s double points. He was too impulsive and aggressive, thus compromising his race. Perhaps, the result would not be changed. Throughout the weekend, Hamilton was in front of him.

McLarens have done a good job. The team is the one completed the most important evolutionary steps, in the last period, and prepares to attack the fourth place of Ferrari. Once again, only the talent of Fernando Alonso saves Maranello’s weekend, bringing Ferrari in a reality that doesn’t belong to it. He ends in sixth place, before the two Red Bull, but the "cans" have proven to be faster.He is the first among the Mercedes’ non-motorized.

Another colourless test for Kimi Raikkonen, who ends in ninth position, just ahead of Perez. The error of the Spanish at the pit-stop - one of the strong points of Red - is an important sign of lack of serenity within the team.

Renault could use filming day for Alonso test

Renault could use filming day for Alonso test