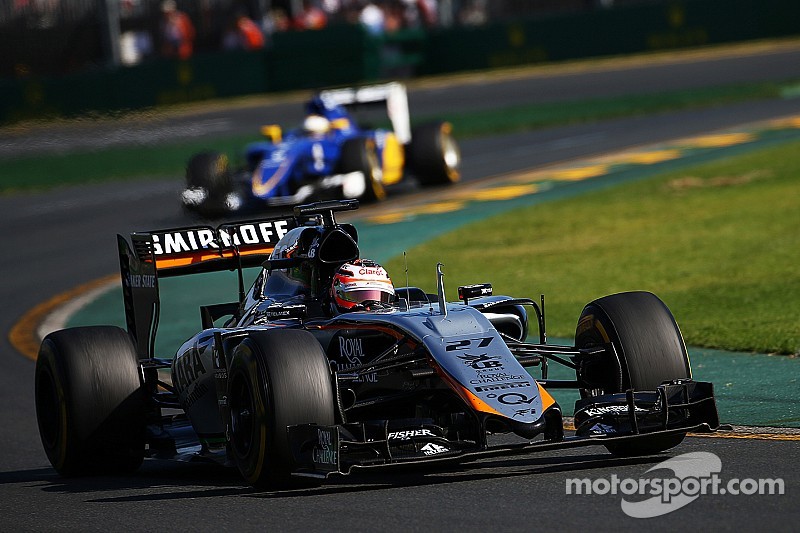 Nico Hulkenberg racing to seventh place and Sergio Perez picking up the final point in tenth.

Nico Hulkenberg (P7): “I am very pleased with today's result and starting the season with two cars in the points is always positive. It was a good race; I didn't make any mistakes and, while the reliability of our car helped us take advantage of the problems of others, at this stage in the season it is important to capitalise on any opportunity.

We were ready when it counted; we had a good strategy and we delivered under the pressure. In terms of performance we are not yet where we would like to be, but everyone is working really hard to get there and make our car quicker. With points on the board we can now look forward to Malaysia in a couple of weeks and hopefully take another step forward."

Sergio Perez (P10): “It was one of those unusual races where so many things happened, but I’m certainly happy to come away with a point and see Nico also score good points for the team. We went for a different strategy compared to Nico to maximise the team’s chances so I started on the medium tyres in order to have the advantage on the softs at the end of the race.

Unfortunately, after the safety car the FIA asked me to give a place back to Ericsson, which also meant dropping behind Button, and that was really painful for my race. Button was on the soft tyres and, although I was quicker, it was not easy to overtake and I lost a lot of track position. Still, I’m focussing on the positives of scoring a point from a difficult race, which is a good result for the team.”

Vijay Mallya, Team Principal and Managing Director: “A double points finish is a positive way to start the season and a reward for all the hard work everyone in the team produced over the winter. In a race with high attrition, we made the most of the reliability of the VJM08, which at the moment is one of our strengths. Nico completed an excellent race, without putting a wheel wrong from lights to flag; he looked in control and we were never in doubt he would score well today.

Sergio had an eventful race, recovering from contact and a spin early on: he made the most of his ability to manage the tyres with a very long stint and was able to score a point. Unfortunately, Sergio had to relinquish the positions he made at the start, otherwise he would have been very close to Nico. Still, it is always good to start a season with two cars in the points and we can leave Melbourne feeling positive."

Lotus: Both cars out of the race by the end of the first lap at Albert Park