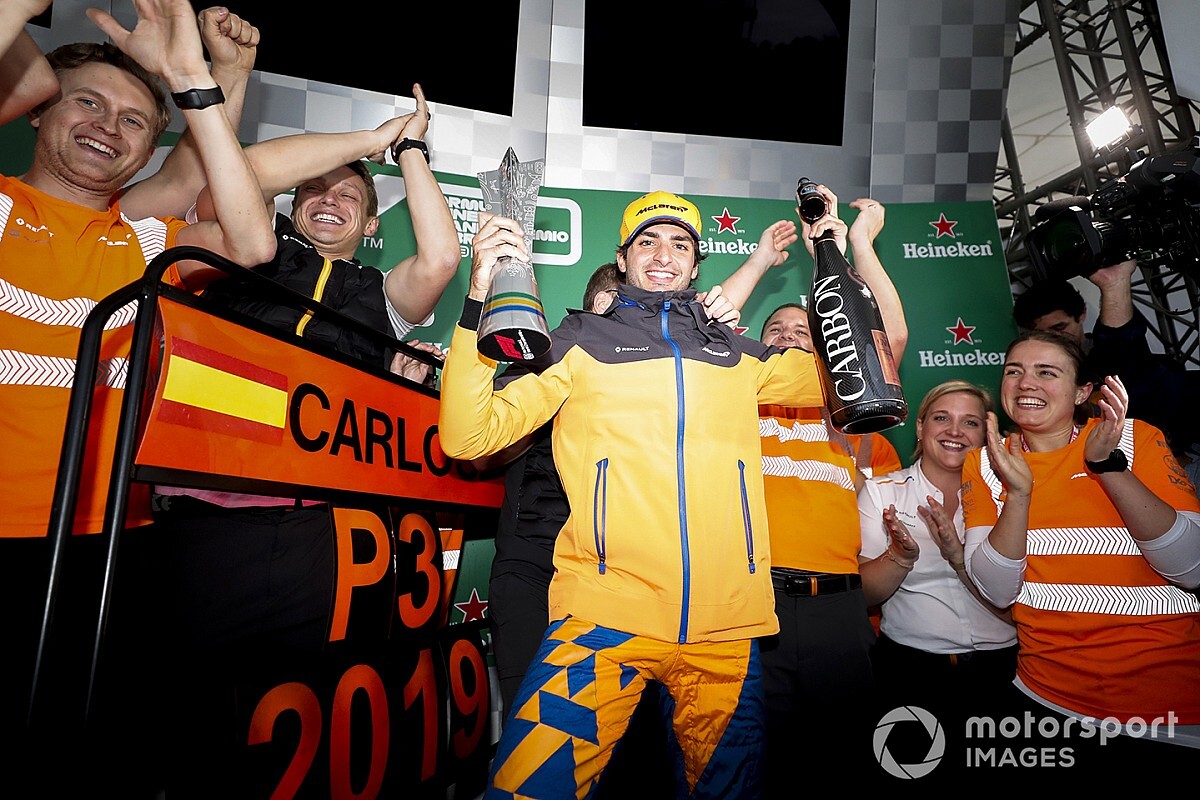 Carlos Sainz has no doubts that his charge from the back of the grid to take his maiden podium finish in Formula 1 at the Brazilian Grand Prix was the best race of his life.

The Spaniard bounced back from being unable to set a time in qualifying due to an engine problem, to cross the fine-line at Interlagos in fourth place – before gaining a further spot when Lewis Hamilton was given a penalty.

Sainz said he had been in full ‘attack mode’ throughout the Brazilian GP, despite having committed early on to a one-stop strategy that he knew would leave him exposed at the end.

Asked by Motorsport.com about how he rated the race, the McLaren driver said: “My best. Definitely, because it was a normal race. It was dry, people were between one and two stops and we committed to a one-stop.

“I had to make moves on the first few laps and I did them. There was a move on [Sergio] Perez especially that was really, really good and from then on the tyre management kicked in.

“I managed to extend on the soft and then the management on the medium kicked in. Then I started passing [Lance] Stroll, passing Lando [Norris] and other people, and all of a sudden I found myself in P8.

“Then, the decision came to either pit or not and we decided not to. For once we took a bit of a gamble and this time it paid off. The two SC restarts were probably the most difficult restarts of my life.”

Sainz also had no explanation for how he was able to hold on to his place right at the end of the race, with his tyres well past their best.

“I don't know. I don't know. I had literally no grip,” he said. “I was wheel-spinning in fourth and fifth gear at the start because we were so slow, so I couldn't put any energy on the tyres.

“I got to Turn 1, locked up, just no grip, but somehow I managed to pick up the right line. Maybe the rally skills started helping to handle the car! And from then onwards it was just defend, defend, defend as much as I could and we managed to finish.”

Masi had no choice over safety car for "stuck" Mercedes