Sainz and Kvyat both to blame for Silverstone crash - Tost 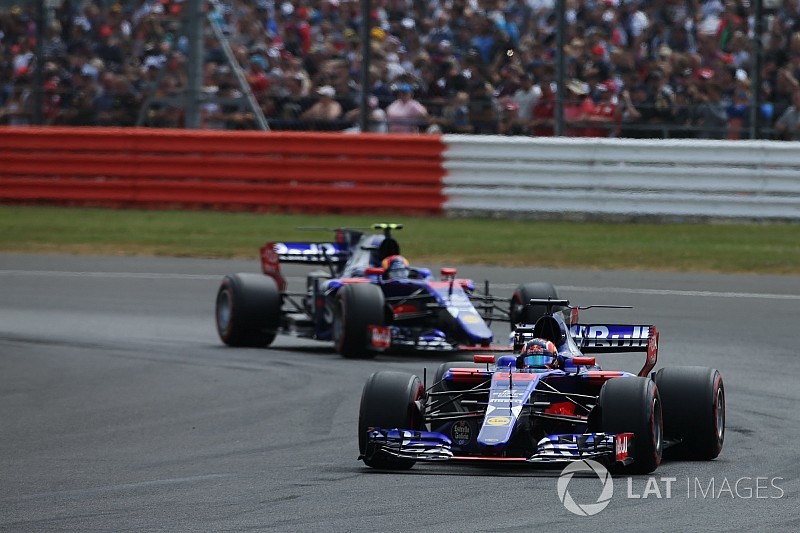 Toro Rosso team principal Franz Tost says Carlos Sainz Jr. and Daniil Kvyat were both to blame for their collision on the opening lap of Formula 1’s British Grand Prix.

Kvyat collided with Sainz after he ran wide in the Becketts sequence and came back onto the track while Sainz was alongside him.

The incident put Sainz out of the race and though Kvyat continued with a damaged car, he was handed a drive-through penalty for rejoining the track in a dangerous manner.

After the race, Kvyat said he felt Sainz could have anticipated the situation and avoided a collision, while Sainz said he would rather discuss the matter privately.

“It was both drivers’ fault,” Tost told Motorsport.com. “Daniil was penalised because he was off the track and came back but both drivers were at fault.”

When asked what he felt Sainz did wrong, Tost replied: “To go on the side of a teammate in such a fast corner after a few hundred metres on the first lap, you don’t do [that].

“They were lucky that the tyres weren’t caught in each other as they could have had a much heavier incident.

“With 105kg fuel in the car, in such a fast corner, you should not go sideways. That’s what I said, I wouldn’t do this.”

Drawing up rules of engagement "useless"

Tost met with the two drivers after the race and again in the Hungaroring paddock on Thursday ahead of this weekend’s Hungarian Grand Prix to discuss the incident.

“I hope the driver understands that in the end, they have the responsibility to bring the cars to the chequered flag and that there are 400 people working for them to give them a competitive car and therefore you should not crash at the beginning of the race," he said.

“[The meeting] was not so long. Of course people were frustrated, the drivers as well. It doesn’t make sense to talk for hours. In 10-15 minutes, you can say everything.

“We also had one more meeting today to repeat once more that they have to work together, that we are a team, and they have to respect each other.

“This was not the first collision between teammates in F1 and it won’t be the last one. I just don’t want it to be that ours are involved.”

Tost ruled out coming up with a set of rules of engagement because it would be “totally useless”.

“The rules are simple - respect each other and leave the other driver space that he can survive,” he said.

“You can write pages, I did this already in the past, but it’s totally useless. It must be something simple - respect each other.”