Sainz proud McLaren's speed made Leclerc "give up" at Suzuka 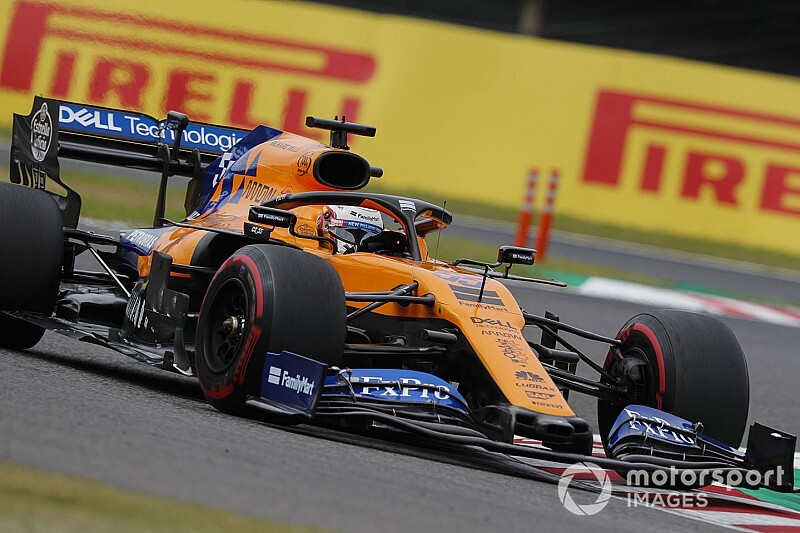 Carlos Sainz called his latest fifth-place finish “a bit more special than others” after being so quick he forced Ferrari and Charles Leclerc to "give up" in the Japanese Grand Prix.

Sainz qualified seventh and took advantage of Leclerc’s clash with Max Verstappen to run as high as fourth early on and eventually match his best result of the season.

Leclerc had to recover through the field after damaging his front wing hitting Verstappen on the opening lap, but was unable to get within five seconds of Sainz in the second half of the race and eventually aborted his long stint to change tyres.

When Motorsport.com suggested it must have felt good to force Ferrari to do that, Sainz said: “Oh yeah, it did. When you have a Ferrari 10 seconds behind, and when they are a couple of seconds faster in race pace, you think you’re not going to make it.

“But I had been saving my tyres at the beginning of the stint and when I was required to push I was able to find half a second of pace and although he was half a second quicker for the first three or four laps, he suddenly degraded and I kept up the pace and he gave up. It was nice!”

Suzuka was the third time this season Sainz has finished fifth.

He has also moved above erstwhile Red Bull driver Pierre Gasly into sixth in the drivers’ championship.

Sainz said he ranked this result so favourably because of McLaren’s sheer pace in the race.

“And we were able to, for the first time, feel the car working really nicely together in the first sector,” said Sainz.

“And whenever the team asked me to pick up the pace I started doing 33.5s and Leclerc couldn’t keep up, and suddenly we were managing to hold up a Ferrari and managing to match Albon on pace.

“It’s the first time this year it has happened, so I’m very pleased and proud of that.”

Sainz survived a near-miss with Mercedes’ Lewis Hamilton on the opening lap as he took advantage of the Verstappen/Leclerc clash and a poor start from Red Bull’s Alex Albon to surge into fourth place.

With Hamilton slowed slightly by the contact ahead, Sainz moved to the right of the five-time world champion and they bounced off each other as they swept into the first part of the Esses.

Sainz said: “He was on my blind spot so I didn’t know where the Mercedes was.

“I knew he was somewhere on the inside and obviously they are a lot quicker through the Esses – in quali it was quite impressive to see them!

“I didn’t know where he was, so I had to lift a bit and leave a bit of space, and it was just enough for him to go flat and pass me. It was impressive.”

What Ferrari has to do to match Mercedes' dominance