Subscribe
Previous / Is Williams capable of the change it needs? Next / How Rosberg helped Hamilton match Fangio
Formula 1 Breaking news

Carlos Sainz does not expect his relationship with new teammate Lando Norris to be as troubled as those he faced at Toro Rosso at the start of his Formula 1 career.

The Spaniard and fellow rookie Max Verstappen endured some tense times during their first season in Formula 1, as they knew that the winner of their battle would likely get promotion to the Red Bull team.

Despite there being very little to separate the pair in pace terms, it was Verstappen who eventually got to move up - and he took a maiden win on his first outing for Red Bull at the 2016 Spanish Grand Prix.

Sainz, who also had run-ins with his other Toro Rosso teammate Daniil Kvyat, was eventually loaned out to Renault, joining the team at the 2017 United States Grand Prix, and will now be moving to McLaren as Norris's teammate next year.

Although Norris arrives in F1 eager to prove a point after an F2 campaign that did not deliver the title he hoped for, Sainz thinks there will be little tension with the young Briton.

Asked if he expected the pair to get on well, Sainz said: “Compared to Toro Rosso, for sure. I'm expecting to have a very similar situation as with Nico [Hulkenberg] at Renault.

“Obviously Nico was [at Renault] for a year before me, and arriving to McLaren, me probably with a lot more experience and with Lando in the same year, we are both starting from scratch. I think that will allow us to start fresh, both drivers, in the same way.

“Obviously I will take the chance with the experience I have to lead the team at the beginning of the year, especially when Lando starts to get a bit of experience, but it's definitely going to be a fresh start for McLaren.

“I'm sure it's going to be very similar to how it was at Renault. I've had a very good relationship with Nico, we both played it really fair on track, we both pulled the team forward and the fact we are so close in every qualifying has helped the team to score many points on Sunday.

“Hopefully it will be the same at McLaren and we will have some fun.” 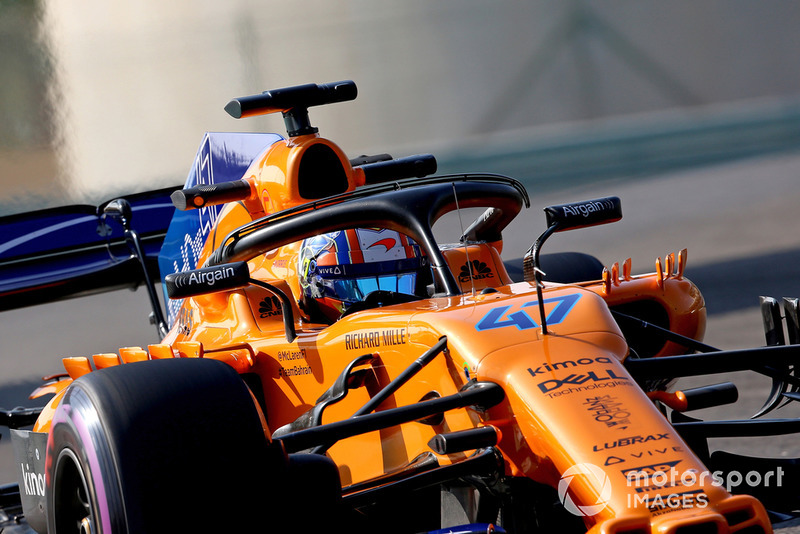 Is Williams capable of the change it needs?

Preece after Clash showing: "It sucks giving them away"