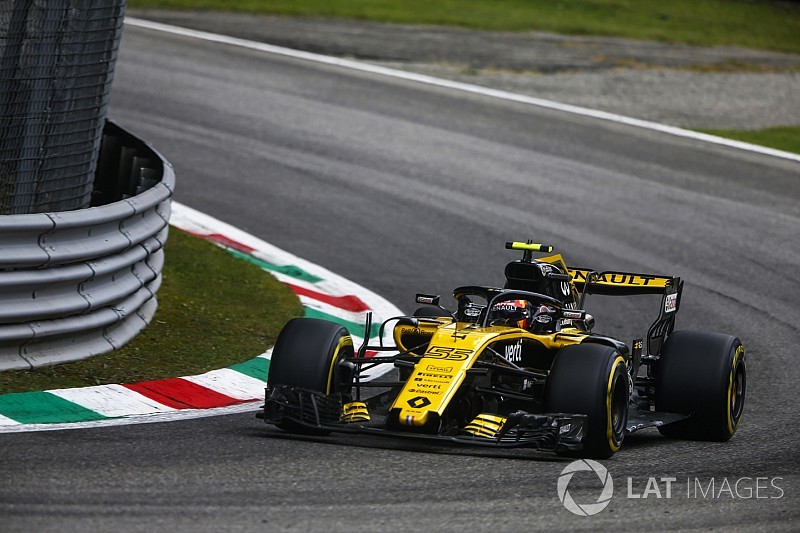 Carlos Sainz believes his Renault team will need to find "some kind of magic pace" to be able to beat Formula 1 rivals Haas and Force India at the Italian Grand Prix.

Renault struggled for pace in the previous race at Spa due to the nature of the circuit and, with Monza being similarly demanding for engines, Sainz believes the French team is in for another challenging weekend.

The Renault duo were split by the Haas of Romain Grosjean but finished behind the two Force Indias and the Sauber of Charles Leclerc.

Sainz admitted Monza is exposing the Renault car's weaknesses and is pinning his hopes of a good result on an "interesting" race.

"We know our weaknesses are exposed in this track. We know there's three midfield teams ahead of us," said Sainz.

"But we also know Sundays in Monza can be interesting, so we'll fight for it, although we know our weaknesses at the moment are very well exposed.

"I think we need to work very hard in this kind of track to find the pace and some kind of magic pace to try to beat the Haas and the Force Indias, which are clearly ahead. Even the Sauber.

"Normally Mercedes and Ferrari engines will have a bit more in their pocket for qualy and they will put a bit more power than us.

"But we are working on it, trying things, experimenting with the car just to see if we can find more performance and I'm really looking forward to the next tracks, which we know are going to be better."

Teammate Hulkenberg, who will start from the back of the grid after taking a complete set of new power unit elements, said he will do just one run in Q1 and that his focus was exclusively on the race.

"It won't be tight for me because I won't be there," he said of his qualifying prospects.

"I will do one run in Q1 and then we'll park it. But yeah, it did seem quite close with Force India. Haas I think will be there as well. Sauber as well. So the usual prospect again."

Williams decides not to use Mercedes F1 gearbox in 2019