Sainz wants next F1 contract to be two-year deal 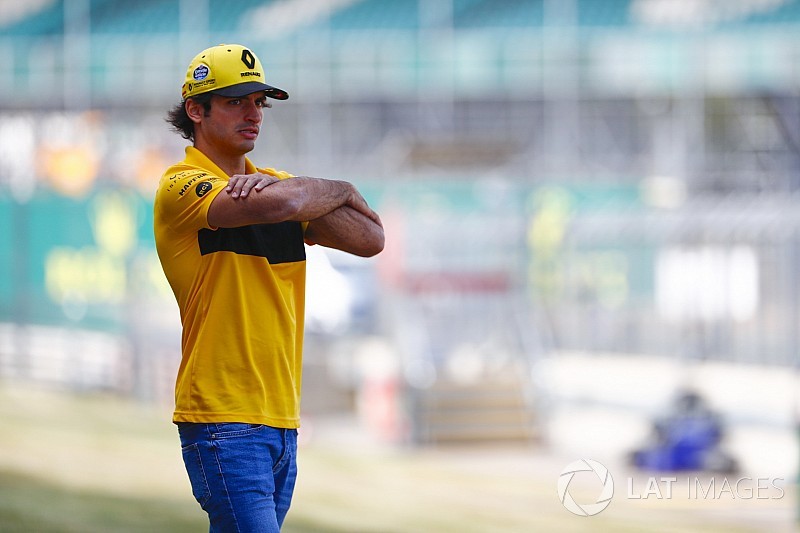 Carlos Sainz says he wants his next Formula 1 contract to be for two years in order to stop speculation about his future in 2019.

Sainz is contracted to Red Bull but on loan at Renault for this season, and his future depends on what the energy drinks company does with Daniel Ricciardo - who has yet to commit to a new deal but now appears likely to stay alongside Max Verstappen in 2019.

Renault has previously indicated it wants to retain Sainz, but is also reported to have interest in signing Esteban Ocon from Force India.

Sainz says he just wants a "stable" deal wherever he goes to end constant speculation about his future.

"Every year since 2016 they have been talking about my future halfway through the year and that's why I want to at last sign a stable, two-year contract with a team," he said.

"I think that's no secret, so at least next year no one will talk about me and my future.

"It doesn't distract me in the car. Outside of the car I'm fully confident that Red Bull, Renault and my management will agree on something and everything will work out quickly."

He added: "At this point of the year my future is uncertain, as it has been in the past three, which means I'm used to it and I know how to live with it.

"I look forward to signing a two-year deal with my future team to make sure that next year I'm not in this position again."

With Stoffel Vandoorne's future uncertain at McLaren, Sainz has emerged as a contender to join compatriot Fernando Alonso at McLaren in 2019.

McLaren Racing CEO Zak Brown described Sainz as a "very good race driver" but stressed the team first needs to establish what Alonso's future plans are before it can settle on its line-up.

"But we keep those conversations internal and ultimately it is a bit of a group decision about what we will do with drivers."

Asked if McLaren fielding two Spanish drivers would present an issue, Brown replied: "As far as having two drivers from the same nationality, we are fine with that."

Despite the uncertainty about his future, Sainz is confident that he will be happy with what Red Bull and Renault agree.

"I feel Red Bull and Renault are going to do the best possible thing for me so I have full trust in those parties and from my side I'm sure I'll be happy where I'll be next year."

Alonso: Vandoorne closer to me than Raikkonen was