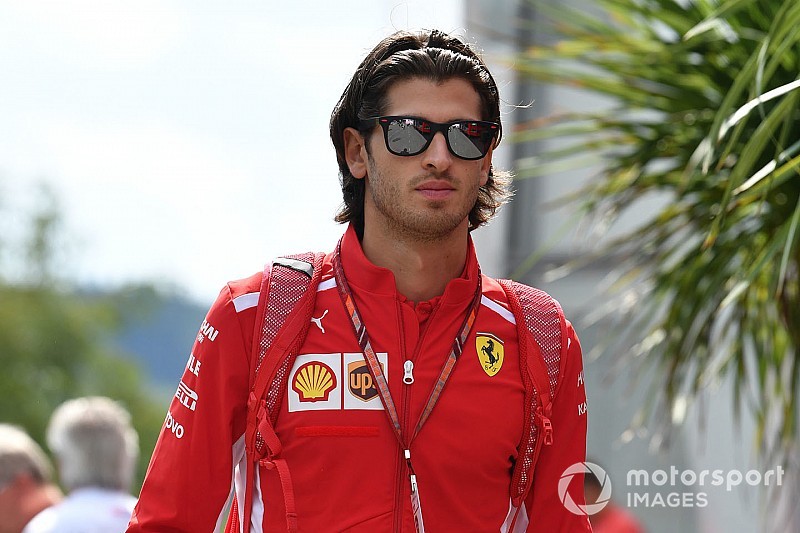 Sauber is waiting for Ferrari to make a call on whether Antonio Giovinazzi will drive for the Swiss Formula 1 team in 2019, Motorsport.com understands.

The deal between Sauber and Ferrari and its sister company Alfa Romeo gives the Italian team the right to nominate one driver for the Hinwil outfit, with a deadline of October 15th for a final decision.

In 2018 that seat has been taken by Charles Leclerc, who will race for Ferrari next year.

Fellow Ferrari protege Antonio Giovinazzi – who started two races for Sauber last year – has been waiting on standby to take over the Monegasque driver's seat.

The unexpected announcement of Kimi Raikkonen moving to Sauber in 2019 was seen by many observers as ending Giovinazzi's chances.

However, the Finn's deal is independent of the existing arrangement with Maranello, and thus Ferrari still has the option to nominate a driver.

The problem for Ferrari is that Giovinazzi is highly-respected as a simulator driver, and with Daniil Kvyat looking set to give up his Ferrari role to go back to Toro Rosso next year, the team would be reluctant to lose Giovinazzi as well.

Giovinazzi himself is understandably keen to get back to racing – and being retained by Ferrari for another year of sim work would probably have limited appeal, so it remains to be seen whether or not he would be willing to stay on.

Either way, it would appear that Ferrari may have to look for a new sim and test driver with recent F1 experience.

One obvious complication for the Sauber management is that Marcus Ericsson is backed by the same investors who own the team, and if Giovinazzi is nominated, the Swede would be out of a drive.

However, insiders have always insisted that there's a big picture of a "team project" that would ultimately take precedence over the "driver project," and thus Ericsson's position is by no means guaranteed.

Even if Ferrari doesn't place Giovinazzi at Sauber, Ericsson could still find himself in competition for the remaining seat with Stoffel Vandoorne, who is now available.

The Belgian has close links with team principal Fred Vasseur, his GP2 boss in 2014 and 2015, while his manager Alessandro Alunni Bravi is a director at Sauber.