Sauber not fast enough in Spa-Francorchamps 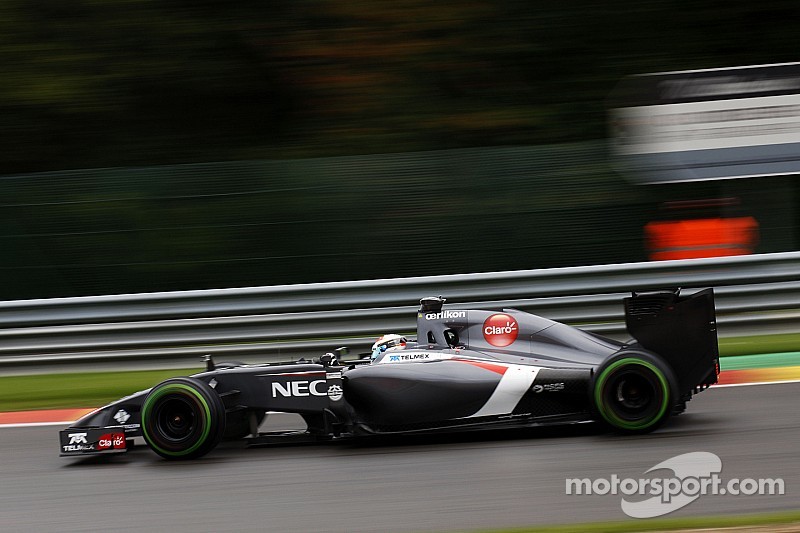 Adrian Sutil finished in 14th , while Esteban Gutiérrez was 15th.

In the Belgian Grand Prix in Spa-Francorchamps the Sauber F1 Team drivers applied different strategies, which in the end didn’t make a significant difference. Adrian Sutil, who stopped three times, finished in 14th , while Esteban Gutiérrez, who pitted twice, was 15th.

Esteban Gutiérrez (car number 21): “It was a tough race. The race strategy was to attack straight from the beginning on. Unfortunately, it did not work out as expected, but at least I was able to gain some positions during the first laps. Throughout the race I struggled a lot with the medium tyres. This aspect made things complicated and put us in a difficult position. Our pace was too slow to finish the race in the points. We need to keep working to be in the top ten as soon as possible.”

Adrian Sutil (car number 99): “It was an exciting race, but 14th was the maximum today. Unfortunately, I got stuck behind  Felipe (Massa). As I came in for the pit stop, he also went in at the same time. In some sectors on track I was faster than him, but on the straights he was just too fast. Felipe’s engine was simply too strong and I could not overtake him. We then decided to race with a three-stop-strategy, which in the end was the right choice. I felt more comfortable with the soft compound in comparison to the medium tyres. I am satisfied with the procedures over the weekend. The team did a good job without making any mistakes.”

Monisha Kaltenborn, Team Principal: “The whole crew delivered a race without any mistakes. However, it is disappointing to see that on a track where power and top speed are crucial, we were simply not fast enough. For the upcoming events it will be important for us to build on the improvements that we were able to make recently on the chassis side during the last few races.”

Giampaolo Dall’Ara, Head of Track Engineering: “This was a disappointing result after a reasonable race. We expected that we would struggle in dry conditions, and we finally achieved more or less what we could expect. We tried something with Adrian‘s strategy, starting on the medium tyre, which was clearly slower than the soft. This was working until he got stuck behind Felipe Massa. We then decided to switch to a three stop strategy, which didn’t work out because Adrian got stuck behind slower cars. In the end, our drivers finished behind each other.”

Both Lotus drivers suffered forced retirements from the Belgian GP