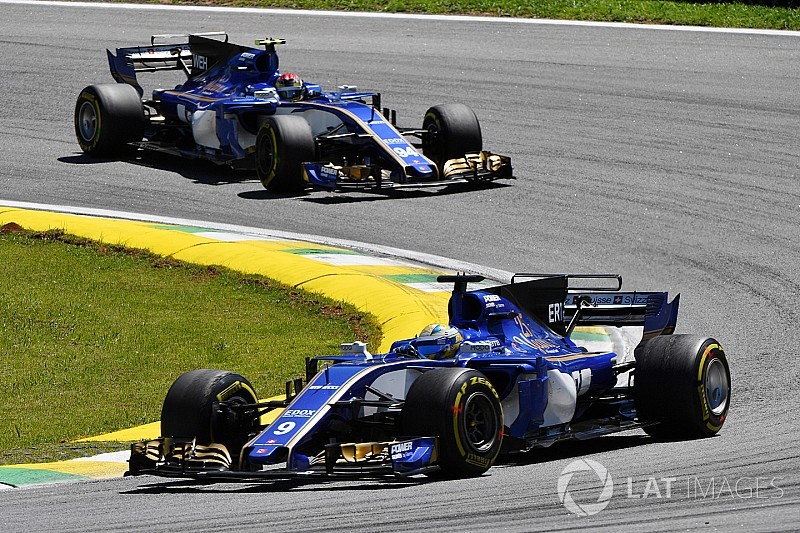 Sauber is poised to finally confirm its 2018 driver line-up at the Abu Dhabi Grand Prix, as rumours swirl that the team could even bring the Alfa Romeo name back to Formula 1 as part of a stronger alliance with Ferrari.

With the Swiss outfit keen to forge closer ties with its Maranello-based partner, it has been clear for some time that it would hand one of its race seats to F2 champion and Ferrari protege Charles Leclerc.

However, the decision on its second seat has been much tougher to nail down, with Ferrari weighing up whether or not to place its other junior driver Antonio Giovinazzi there as well.

Against that background, Sauber's owners – who have close links to Marcus Ericsson – have been considering whether or not they would prefer to commit to the Swedish racer for another season.

Although there have been growing indications that the team was edging closer sticking with Ericsson, a final call would be made only after sign off from Ferrari.

And it has emerged that part of Ferrari president Sergio Marchionne's thinking for how to take the partnership with Sauber forwards, has included the idea of a rebranding of its customer engines as Alfa Romeo.

Marchionne has long talked about his desire to bring the Alfa Romeo name back to F1, and with Sauber eager to embrace a long-term future with Ferrari, there is an opportunity to try to do something with the Swiss outfit.

Late last year, Marchionne even suggested that key to a possible Alfa Romeo project was it becoming linked with Ferrari's junior drivers.

"The best one, Giovinazzi, is already with us, but there are others besides him, and they are struggling to find room. Alfa Romeo, more than our customer teams, could offer them that space."

Whether or not such a tie-up is possible as early as 2018, or longer term, is unclear at the moment but, should Marchionne give the sign off, then it would be a huge boost to Sauber in terms of its global branding.

With the iconic name and its famous four-leafed clover back in F1, there would be great opportunities to tie up fresh sponsorship interest as Sauber goes about ramping up its effort.

In the end, though, for all the advantages that Sauber knows it would get from such a deal, the final say will rest on whether or not Marchionne wants to throw his weight behind the Alfa Romeo commitment – especially amid such delicate times with F1's owners Liberty Media.

Sirotkin to drive for Williams in post-Abu Dhabi GP test