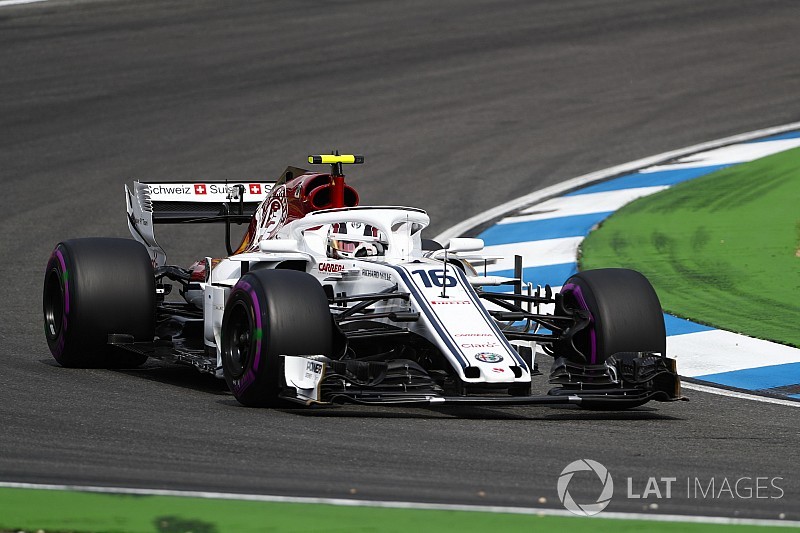 The Swiss outfit has made huge progress this season under team principal Fred Vasseur, helped by upgrades to its current-spec Ferrari power unit, and has regularly made the points in recent races.

However, it still lies only ninth in the constructors’ table, on 16 points to the 70 of the current fourth-placed team, Renault.

Picci, who also heads the Islero Investment company that owns Sauber, says that the 2018 car was the first to be produced entirely under the current ownership, and that the team will make further steps next year with new technical director Simone Resta.

“This is the first car that we were able to produce," he told Motorsport.com. "The concept was fantastic, and you will be seeing that there will be improvements more and more frequently, regularly.

"It is our ambition next year to be the fourth team. This is our ambition. I know I exaggerate, Fred is telling me that I am! But if you don’t have dreams, then you don’t succeed very often.

“We are really at our own pace, which was our view from the start. We are totally committed to success, and we will do anything for this.”

Picci believes that this year’s progress should not be a surprise, and that using year-old Ferrari engines – at the behest of then team principal Monisha Kaltenborn – in 2017 was a "terrible mistake".

“People keep forgetting that last year we couldn’t develop anything at all, because time was very short," he added. "Of course, people made the wrong opinion with what they were seeing last year. It is a big difference.

“Was it a good decision to have the old engine last season? I am very clear today with my experience, it was a terrible mistake we did.

"All of a sudden we have a better performing engine. Haas is doing a much better job than us in terms of results, but we keep pushing to be there.”

Picci insists that the team will remain in its current ownership, despite suggestions that Ferrari and Alfa Romeo could become more deeply involved.

“The potential is absolutely huge, but we are an independent team with our own business model, and not one single share is controlled or influenced by our Italian friends," he said.

"We simply have a lot of convergent interests. We are committed to this team for the long term.”