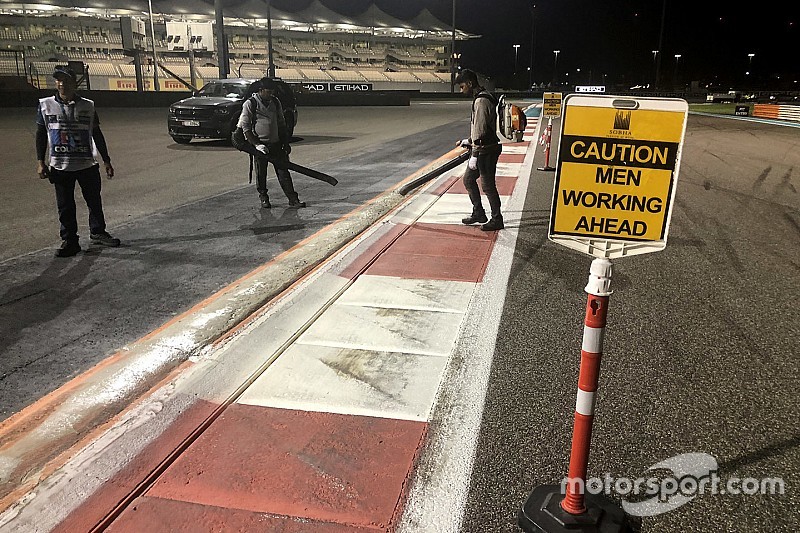 The sausage kerb added to the exit of the penultimate corner of the Abu Dhabi Formula 1 circuit is being repaired but is unlikely to receive revisions until next year's race.

A long, 50mm high kerb was added between Yas Marina's final two corners ahead of this year's grand prix.

However, it was labelled not "F1 standard" by Haas driver Romain Grosjean after it started to break up during practice and caused several cars to skate along the top if a driver ran wide.

Racing Point Force India driver Esteban Ocon said it was "not good quality in the way it was made on top".

"It should be better for tomorrow," he said. "[But it] doesn't need to be as high as it is.

"You probably can lose time being on it and lose some load etc., but the problem is now if we go on it and break everything – so it could be dangerous."

One senior source told Motorsport.com that following tonight's repairs to the kerb, it is likely to be lowered for next year's Grand Prix, suggesting there will be no re-profiling this weekend.

Toro Rosso's Brendon Hartley is a fan of the kerb but admitted it was "pretty aggressive".

"You have to give the entry more respect," he said. "I'm all for it. Maybe it's potentially a bit high, especially if you go over it and you're effectively a passenger.

"We have to make sure cars aren't getting damaged unnecessarily for going off in a small way."

"We also discussed the crash that happened in Macau," said Gasly of the drivers' briefing discussion over the Turn 20 kerb.

"In that case the sausage kerb didn't help because it just airborned the car.

"We should look at different options than sausage kerbs. It's the same at other tracks, you start sliding and hit one of these kerbs and start flying more than anything else.

"It stops you from going off track but in certain situations can make things quite unsafe." 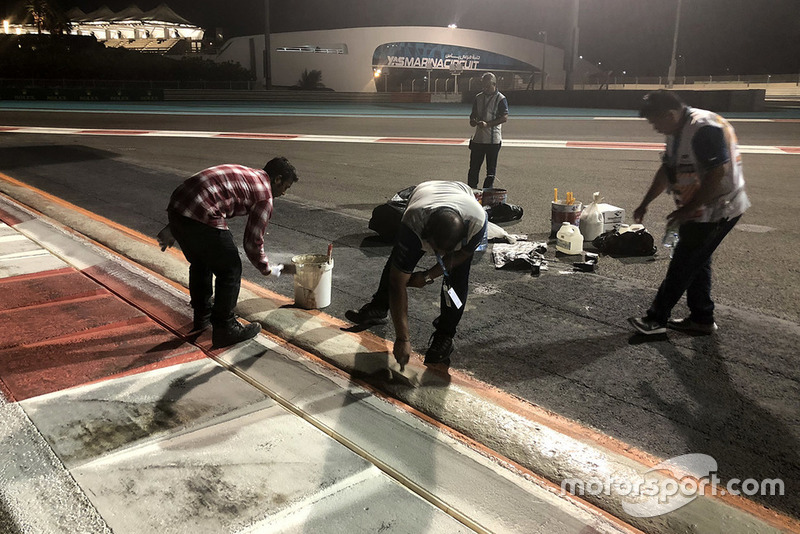 Work performed on the kerbs at night after Friday practice 2