Schumacher impatient to be back on track 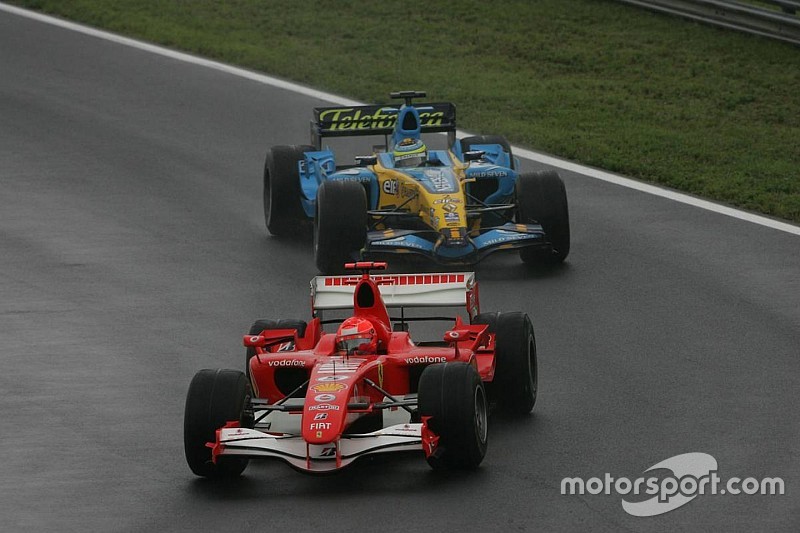 With five races left this season the title fight could go either way and Schumacher is eager to be back on track.

The three week summer break is drawing to a close and this coming weekend's Turkish Grand Prix will see the championship battle rejoined at the Istanbul circuit. Ferrari and Renault had a poor time in Hungary, with title rivals Michael Schumacher and Fernando Alonso both retiring, although Schumacher was later promoted to one point when BMW Sauber's Robert Kubica was disqualified.

With five races left this season the title fight could go either way and Schumacher is eager to be back on track. "We have had a few days off and, naturally, I had a pleasant time," said the German.

Turkey will be a new race with its own challenges, but I am feeling confident.

"However, I could have done without it as it would have been better to go straight into the Grand Prix of Turkey after Hungary. The title challenge is so exciting that I cannot wait for the next race. The Istanbul weekend is finally about to get underway."

"Five chances to change the current situation and win the title," he added. "The positive news from the Hungary weekend was that I can still win by concentrating only on what I do. The challenge goes on and our chances are undimmed."

"We should not make the mistake of thinking that our chances dipped after Hungary. Instead we ought to look ahead; we could have found ourselves in a much worse position at this stage of the season. Our desire is exactly the same and Istanbul is a very important stage on the road to the title."

There's 10 points between Alonso and Schumacher and only seven between Renault and Ferrari so both championships could go either way. Schumacher is positive but not about to be over confident as some races this year have been very unpredictable.

"I think things are looking good," said the former champion. "We recall well how Magny Cours was demanding and how at Hockenheim we dominated. There was also the race at the Hungaroring where, leaving aside the weather, things went our way (though the race showed how decisive a role the weather can play)."

"Overall, it is tough to predict the relative strength of the teams as they alter according to the track. I think that we should be competitive at the weekend. After all, our potential is as high as ever."

Alonso, naturally, is just as optimistic about his chances. "I'm feeling very positive," said the Spaniard. "I am in the position where everybody wants to be -- leading the championship, with the races counting down."

"Turkey will be a new race with its own challenges, but I am feeling confident. This type of circuit suits our car, and Michelin will bring good tyres. So we need to concentrate on our job, put the package together and make no mistakes."