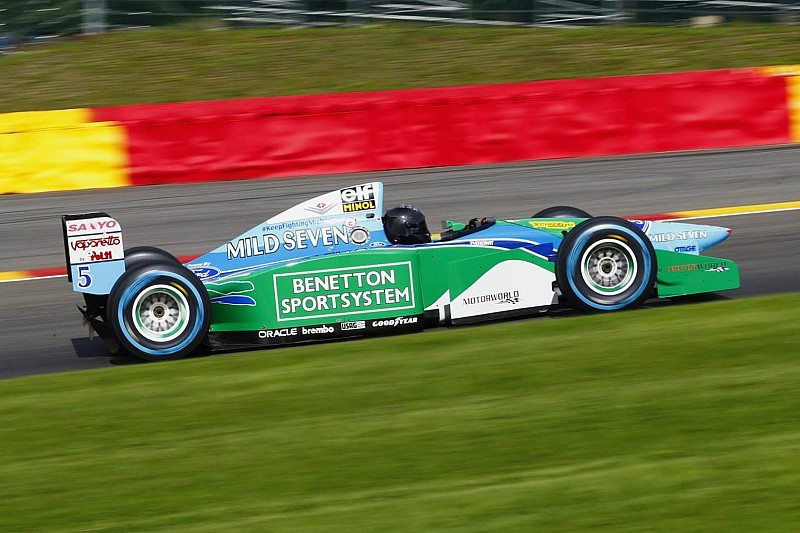 Mick Schumacher, the 18-year-old son of seven-time Formula 1 World Champion Michael, will demonstrate of one of his father’s cars at the Belgian Grand Prix this weekend.

Family spokesperson Sabine Kehm confirmed to Reuters that Schumacher Jr will drive a 1994-spec Benetton, to commemorate the 25th anniversary of Michael’s first F1 race win at Spa in 1992.

Schumacher Sr scored the first of his all-time record 91 wins at the '92 Belgian GP for Benetton, having made his F1 debut at Spa the year previously for Jordan. He would win two titles for the Enstone-based squad, the first coming in the B194 that his son will drive this weekend.

Mick Schumacher is currently 11th in the FIA Formula 3 European Championship, and scored his first podium finish in the series at Monza in April after graduating from F4.

The private collection of Michael Schumacher, who suffered severe head injuries in a skiing accident in 2013, will be revealed to the press on Thursday at Motorworld Cologne. Exhibits include his earliest karts to his final Mercedes F1 car – as well as trophies, racing suits and mementos.

A Schumacher landmark could be equalled on Saturday, as Lewis Hamilton can reach his record number of 68 pole positions.

Opinion: Why the F1 odds are stacked against Vettel