McLaren Formula 1 boss Andreas Seidl says that the team had to press ahead with running its new aero concept at the Nurburgring despite the compromises created by a lack of practice time. 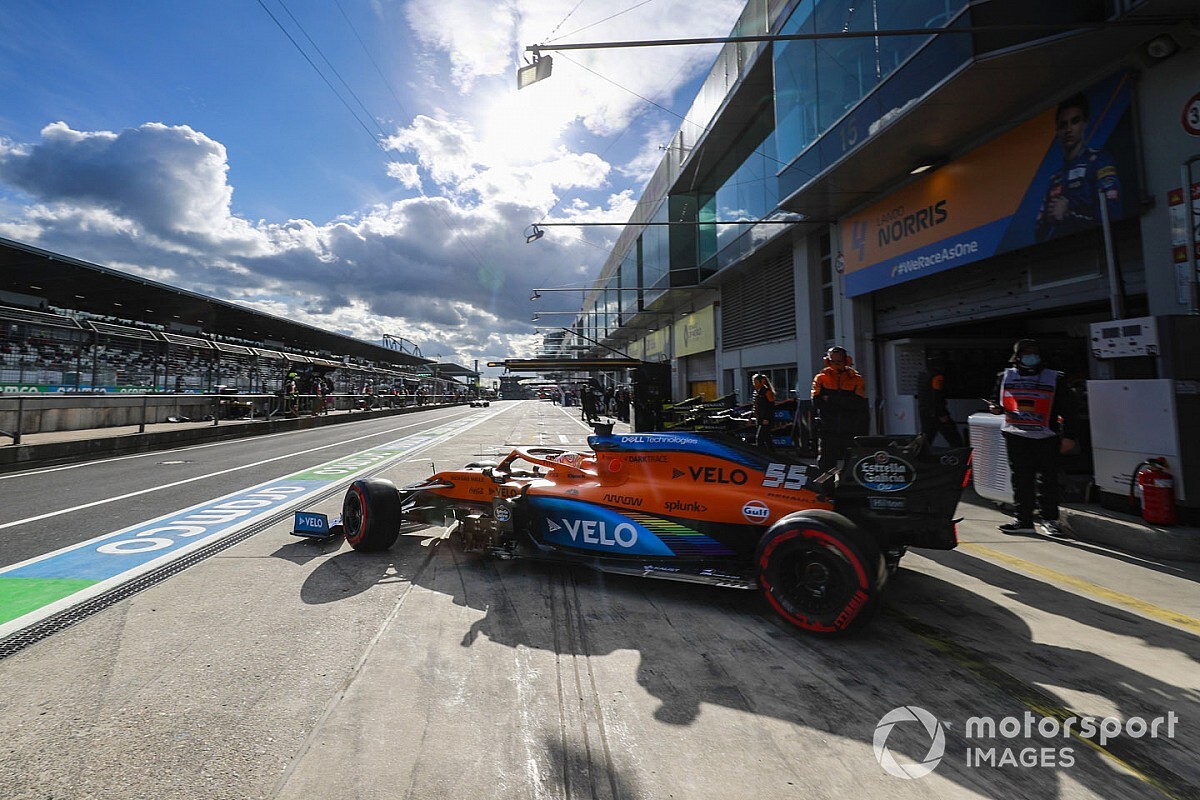 A frustrated Carlos Sainz said he had been “penalised” by not having enough time to dial the car in, while acknowledging that it was important to gain more experience with the new package.

The Woking team came to Germany with enough parts for both drivers, albeit with some concerns about accident damage eating into the stock.

With Friday lost to the weather and with just the FP3 session before qualifying and the race, the team had to decide whether to stick with the proven package or use the new one, knowing that there would be little time to hone the set-up.

In the end it was decided to split the cars, with Lando Norris using the original package, and Sainz the new version. They qualified eighth and 10th.

Seidl said the team has to forge ahead with development as it tries to keep up with Renault in the constructors’ championship.

“We want to keep this fight alive for P3 as long as possible,” he said. “And in the end, we need to make sure that we make the next step with the car. The introduction of this new nosebox is obviously a big change in terms of the aerodynamic concept of the car.

“And we didn't underestimate this challenge to get this to work at the track. And obviously, a weekend like this one doesn't help, with the lack of running on Friday. But at the same time, that's the challenge we're in.

“We believe in this concept giving us more potential looking ahead, and it's important now as a team, between the race team and the team back home on the development side, that we make the right analysis and conclusions in order to see this potential actually, also in terms of lap time on the on the track.

Despite his frustration, Sainz agreed that the right decision had been made.

“I guess for our side of the garage with all the new bits that we had on the car, and not having a Friday to try and tune in the car and try to find the optimal set-up window for the new bits, has been penalising,” he said. “I guess it would have helped to have the Friday to try and understand a bit better the new package.

“They are supposed to be upgrades and we believe in the wind tunnel and in the numbers that they are giving us. It's very important I think as a development direction for a team to do a full race also and compare across the two cars and see what one package is doing, and what the other is doing, and see how we can all together try and make this car quicker.

"And in order to make them we need to keep trying to understand as much as we can all the things that are going on in the wind tunnel and the new bits that we are bringing to the car, so I think it makes perfect sense to try and keep it in the car and try to make it work.”