McLaren team principal Andreas Seidl says no new manufacturers will enter Formula 1 under the current power unit regulations, which are in place for the next five seasons. 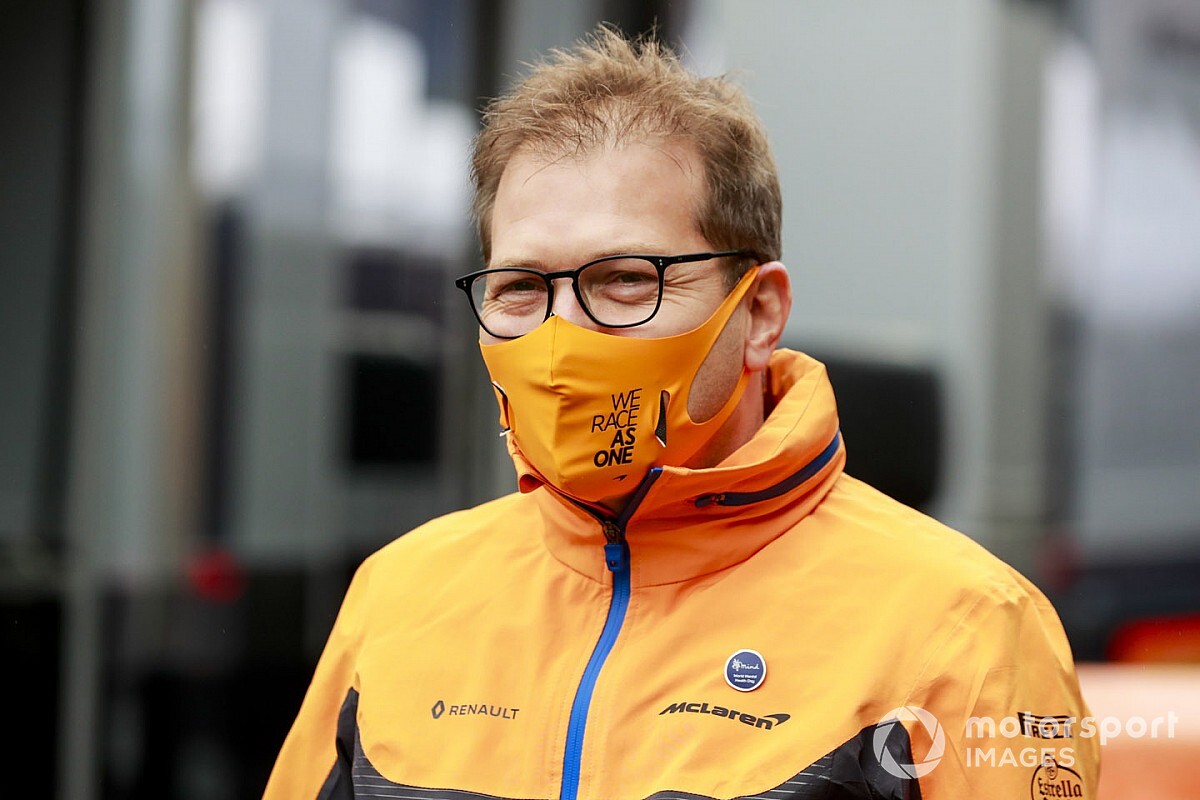 The German says that the direction the sport takes with the new rules that are scheduled to come into force in 2026 will be the key to the future involvement of new suppliers.

Honda's withdrawal announcement has left just three manufacturers in F1 after 2021, and no new entrants are on the horizon, with the VW Group having studied and rejected a possible entry.

Seidl's previous role at Porsche, where he worked with future F1 boss Stefano Domenicali, gave him a good insight into VW's take on the sport.

However, he declined to talk about specifics.

"If you look at the bigger picture I think it's not realistic from my point of view at the moment that any new manufacturer will enter F1 in the next years, under these current regulations, because the investment you have to make plus the time you also need in order to have a competitive package available, it's just too big, and takes too long.

"So the key will be from my point of view that F1 together with the FIA and teams and the engine manufacturers plus potential new manufacturers needs to work out now a clear plan of first of all, how the new the next evolution of the power unit regulations, evolution or revolution, will look like.

"I think that's the key question that needs to be answered first, where in the end, you have two possible directions. One is obviously to keep trying to have power units in F1 in the future, which are leading edge technology, and a platform to develop future road car technology also.

"Or you go in another direction, which means you simply go for power units that are a lot less complex, and also a lot cheaper, moving forward. I think that's the key question that needs to be answered first before you then go into timelines of potential newcomers coming into into F1."

Seidl insisted that F1 is in a healthy state, with the new Concorde signed by all the teams and a budget cap reining in costs from next season.

"I think the platform of F1 is as big or even bigger as it has always been, which is great. I think with everything that happened on the team side, with the signing the new Concorde, I think it's also something which is quite positive looking ahead.

"Especially with the budget cap coming into the game, it clearly means that it is possible to use this platform of F1 in a very sustainable way, with a good return on investment.

"And I think the next step that needs to follow now is on the power unit side. And of course, it's important first of all to have conversations with the existing three power unit manufacturers.

"But at the same time, I think it's also important for F1 to have discussions also with the automotive industry or with potential other power unit manufacturers, even private ones, to see what is the right direction to take on the power unit regulations.

"There have been some good discussions, also initiatives, in order to see how you could actually get costs down and simplify the power units also, in order to be more attractive, also for the likes of Ilmor or Cosworth.

Domenicali believes that engine costs can be brought down, citing his experience in sportscar racing.

"We have seen in projects like LMP for example that it's definitely possible, with the help of the regulations and with the limitations on the budget side, which were self-imposed at this time, that you can actually still have powertrains with leading edge technology, but for a lot less money. And I think that's something that needs to be put on the table again."

Seidl says he's open to Cyril Abiteboul's suggestion that the new power unit regulations could be brought forward from 2026.

"For me, the key question that needs to be answered first is what are the next power unit regulations, and from my point of view, this will then define when it makes sense to introduce them.

Could Red Bull really take on Honda’s engines in 2022?