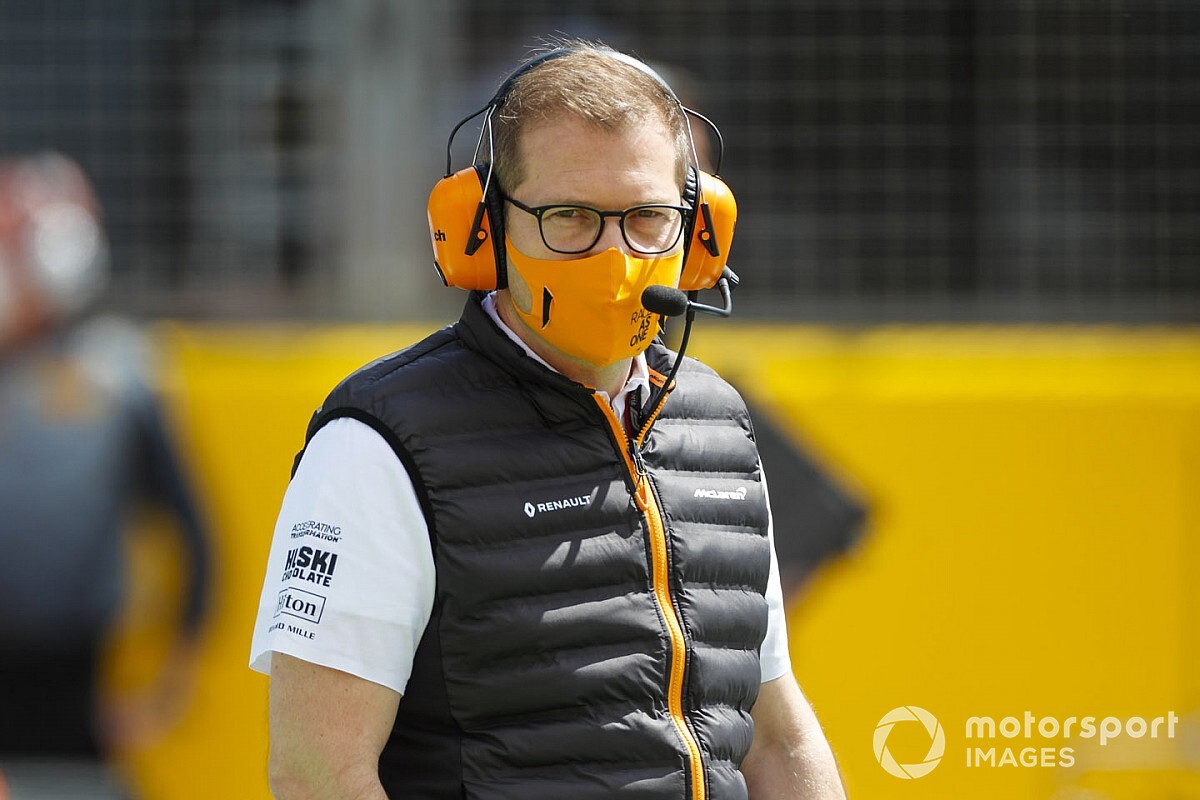 McLaren team boss Andreas Seidl says Formula 1 teams will treat the logistical challenge of the Spanish Grand Prix in a similar way to Hungary amid growing concerns about COVID-19 in Catalonia.

F1 will travel to the Circuit de Barcelona-Catalunya for this weekend’s grand prix while Spain grapples with a rise in COVID-19 cases.

Restrictions were reintroduced in Barcelona late last month in a bid to curb a rise in cases, while many countries including the UK have enforced new quarantine guidelines for those travelling back from Spain.

Most of the F1 paddock personnel travelled to Barcelona on Wednesday ahead of the race weekend, with adjustments being made to some plans as a result of the restrictions in place.

McLaren F1 boss Seidl said that procedures for the Spanish Grand Prix weekend would be similar to those seen in Hungary last month, when most teams did not leave their accommodation except to travel to the circuit or the airport.

“In the end, it will be pretty much the same as for Hungary,” Seidl said when asked about plans by Motorsport.com.

“There will be two places where we will be as a team in Barcelona, which is a nice Hilton hotel, and the race track in Barcelona.

“We will aim again to stay in our bubble, following all the measures in terms of social distancing and hygiene.

“Together with this rigorous testing we are doing, I think we have everything in place to have another safe Formula 1 event.”

Many of the drivers have opted to stay in their motorhomes at the circuit on race weekends in a bid to avoid outside contact and reduce the chances of contracting COVID-19.

F1 drivers’ championship leader Lewis Hamilton explained how by doing so, there would be no changes to his routine or plans for Barcelona.

“I don’t really know a lot of what’s happening there, but I stay at the track always, so nothing changes for me,” Hamilton said.

“I stay in my bubble, I’m only around a couple of people. I will get to the airport and then go straight to my motorhome and stay at the track for the three or four days.”

Teammate Valtteri Bottas said it would be “the same as normal race weekend” despite the added restrictions.

“Land in Spain, go directly to the motorhome, to the track,” Bottas said.

“I will only be with the people who are included in the bubble, that’s it. Then after the race weekend, leave with the same people to the next place. So it should be safe.”