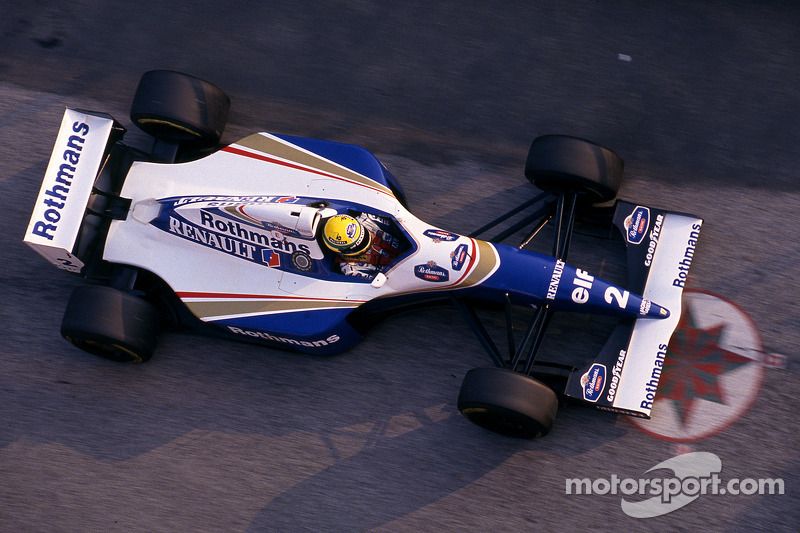 On the twentieth anniversary of the great Brazilian's death in 1994, Montezemolo revealed that he met with Senna just days before the 34-year-old made the short but fateful journey to Imola for the San Marino Grand Prix.

"He wanted to come to Ferrari and I wanted him in the team," Montezemolo said in a statement posted on the Maranello team's website.

At the time of his fatal crash, Senna was only three races into his move to Williams, the dominant team in 1992 and 1993 and for much of the rest of the 90s.

But Montezemolo said Senna actually wanted to go to Ferrari.

"When he was in Italy for the San Marino Grand Prix, we met at my home in Bologna on Wednesday 27 April," he said, explaining that Senna "really appreciated" Ferrari's stand against electronic driver aids.

"We spoke for a long time and he made it clear to me that he wanted to end his career at Ferrari, having come close to joining us a few years earlier," added Montezemolo.

"We agreed to meet again soon, so as to look at how we could overcome his contractual obligations at the time."

Also this week, Senna's sister Viviane said: "He (Senna) always said to me that he wanted to drive a Ferrari. I believe he would have done it before the end of his career," she is quoted by Finland's MTV3.

But there are others who think Senna's F1 career would have taken an expected turn, all the way to the back of the grid.

"The last year I do in Formula One will be with you," Autosprint quotes Senna as having told Minardi. "I'll drive for free but we'll take away the satisfaction of bringing your car away from the back row."

Senna's death, 20 years ago, was the last fatality in Formula One, but only one day after the sport also lost Austrian rookie Roland Ratzenberger.

"It helps that Roland died a happy man," his father Rudolf told the Swiss newspaper Blick this week, revealing that the 33-year-old's grave in Salzburg bears the words 'Er lebte fur seinen Traum' (He lived for his dream).

Jean Alesi, a contemporary of Senna and Ratzenberger, recalls the mid 90s, when great teams like Ferrari were on the same track as struggling Simtek.

"We're all talking now about how we can help the small teams," he told Germany's Auto Motor und Sport, "but back then they didn't even have the money to safely develop their cars."

World champion Sebastian Vettel told Sport Bild this week: "Everyone always thinks of Senna, but we must not forget Roland. It is also thanks to him that Formula One became much safer."