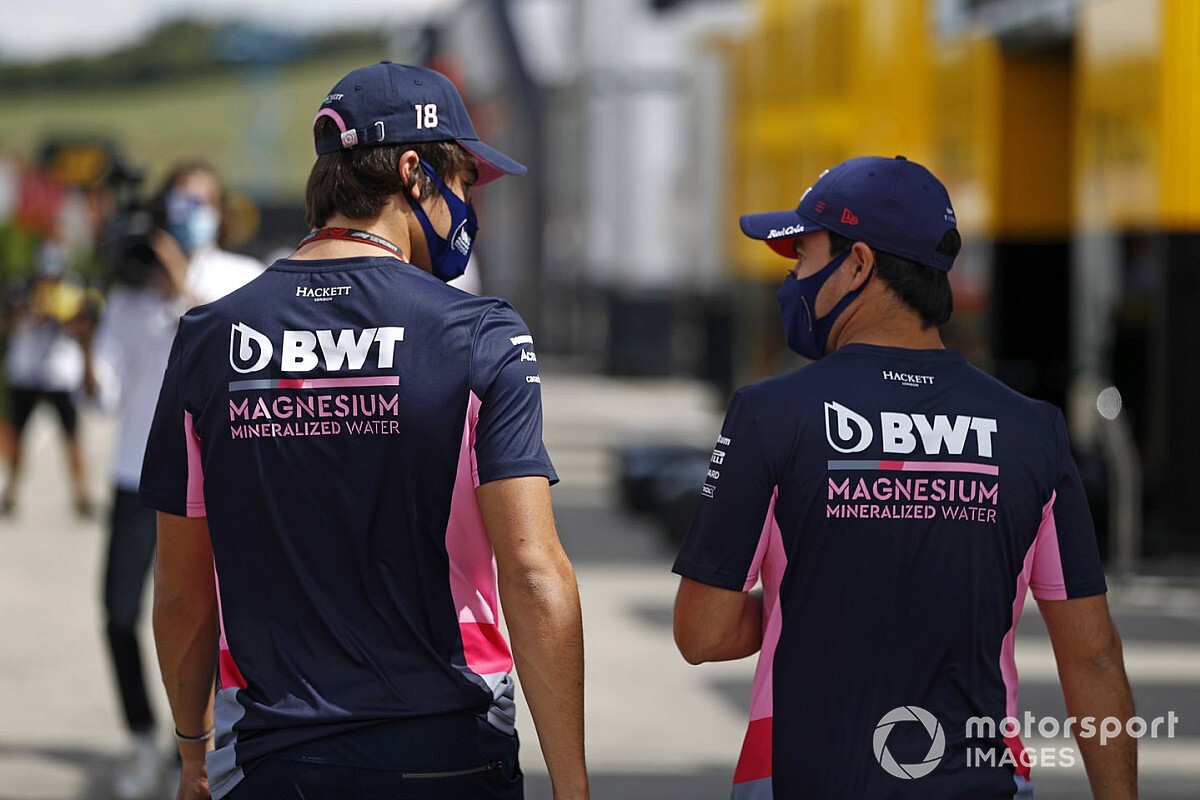 Sergio Perez says it is “obvious” who would leave Racing Point if the team does sign Sebastian Vettel for the 2021 season.

Four-time world champion Vettel is in talks with Racing Point over joining the team for next season after Ferrari opted against renewing his contract beyond this year. Vettel confirmed that he is in “loose talks" with Racing Point, but said he has not signed any agreement with the team.

Racing Point currently has Perez and teammate Lance Stroll under long-term contracts. Perez is in the first year of a three-year deal, but the team has refused to rule out both drivers staying on for 2021. Stroll is the son of Racing Point owner Lawrence Stroll, making it likely that he would remain with the team for 2021 when it will be rebranded as Aston Martin.

Perez stressed last week that he had a valid contract for next season but has conceded he would be likely to leave should Stroll Sr. opt to sign Vettel to partner his son.

“I think [the choice] is obvious if someone has to go,” Perez said in an interview on Movistar+ F1. “I'm a dad, I wouldn't kick my son out, but there's not much I can say. There are many [rumours] around. From me, nothing – everything remains the same. I have a contract with the team.”

Perez revealed last week that he has already been approached by a rival F1 squad and teams in other championships about a drive for 2021 in light of the rumours. It has been reported that there is an exit clause in Perez’s contract that needs to be triggered by the team for him to leave for 2021 and make room for Vettel.

Perez said in the interview that his contract does have a break clause, relating to his sponsorship agreements. He has enjoyed significant backing from Mexican telecommunications giant Telmex.

“In all contracts, there are always clauses,” Perez said. “It is a bit related to sponsorship. That can open that clause. But we're working hard with all our sponsors so that this does not happen.

“I would not say that it depends on a single sponsor, it is more of an overall issue.”

Ocon: Renault’s F1 season “not over yet”, updates awaited