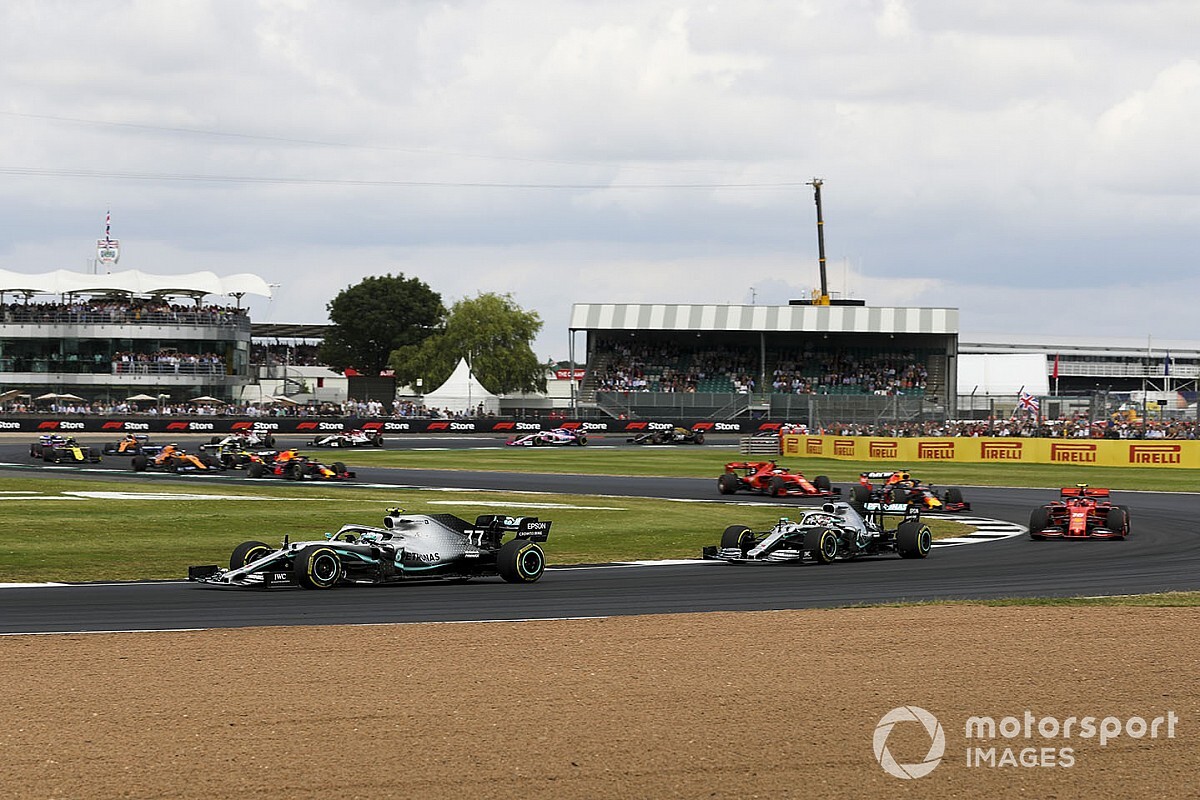 Silverstone’s hopes of hosting Formula 1 races this year have taken a further boost after the UK government declared the resumption of sport behind closed doors from Monday, June 1.

The 2020 F1 season has been on hiatus since March’s aborted Australian Grand Prix due to the coronavirus pandemic, with the subsequent races through June either cancelled or postponed.

F1 has outlined its plans to get the season underway with back-to-back races in Austria on 5 and 12 July, with that given a boost on Saturday after it was reported that the country’s government had greenlit F1’s proposal.

However, last week, prime minister Boris Johnson was reported to have told his ministers to make F1’s exemption happen, with an August slot now on the cards for Silverstone.

Though the government is yet to announce an update on F1’s situation, the series being granted its exemption took a step closer on Saturday when culture secretary Oliver Dowden announced live UK sport’s resumption from this coming Monday.

Speaking in a public address, Dowden stated: “Now for more than two months after sport stopped and after round-the-clock discussions with medical experts and professional sports bodies, I’m delighted to announced today that the government has published guidance which allows competitive sport to resume behind closed doors from Monday at the earliest and, crucially, only when it’s safe to do so.

“It’s up to each individual sport when to resume competition; they know their sports best.

“But football, tennis, horse racing, Formula 1, cricket, golf, rugby, snooker and others are all set to return to our screens shortly, with horse racing first out of the gate in the North East next week.

“It’s been a huge challenge to get to this point. We’ve taken a forensic, clinician led approach, working with Public Health England and the Department of Health every step along the way.”

F1 is expected to announce a European schedule in the next few days, with the series still aiming to host between 15 and 18 races which takes in Europe, Asia, the Americas and ends in the Gulf.

The French, Monaco, Australian and Dutch GPs will not feature on a revised 2020 schedule, while the Canadian and Singapore races are unlikely to be rescheduled.

Motorsport made its international return this month with NASCAR in America, while IndyCar kicks off next weekend. MotoGP hopes to gets its 2020 season back underway with a brace of races at Jerez, though there will be no British visit for the series this year.

National racing in the UK has set a resumption date of July 4.