Hamilton says pole lap was one of his best ever 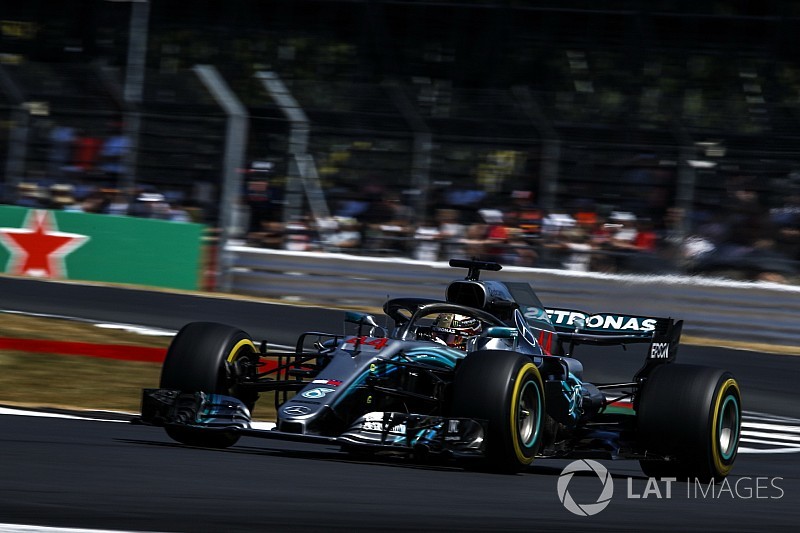 An emotional Lewis Hamilton says the lap to secure pole position for the British GP was one of the best he's ever driven – and the Mercedes F1 driver insists that he was the most pressured situation of his career.

Hamilton was beaten by Sebastian Vettel on the first runs in Q3, and admitted he had to dig deep to find the time with which to secure his 76th career pole on the second runs.

He cited the build-up to his home race against the background of England's World Cup involvement and the stiff challenge from Ferrari as the reasons behind his heightened emotional state.

"I think for me it would be, with the whole build-up, the whole intensity, the whole spirit and moment thing, knowing how close we were, for me it feels like one of the best laps I have been able to produce," he said.

"It felt like the most pressurised that I've ever had. And then afterwards I was just…

"I can't tell you how I was shaking, the adrenaline rush, it was way above the limit than I have experienced before. Which is kind of crazy thinking that it's the 76th."

Hamilton admitted that Ferrari's pace had forced him to really push the limits.

"These guys [Ferrari] really pulled something special out, heading into Q3. I don't know they did yesterday, but their car was so quick today. I think we were really up against it.

"So a huge amount of pressure on today, so grateful for my team working so hard.Ferrari have picked up a little pace this weekend, but we're in the best position we could be.

"And our long run pace was good, so I'm excited for a close race with these guys."

Expanding on how the session unfolded, he added: "I didn't leave anything on the table today. The lap was just intense, I left the pitlane, the first lap was OK, it was pretty good, and then I saw that I dropped to second.

"Obviously that naturally adds a little bit more pressure, because you know that he [Vettel] is going to improve again, so I've got to improve the same and a bit more.

"To push open the limit just that little bit more without losing it is one of the toughest positions to put the car."