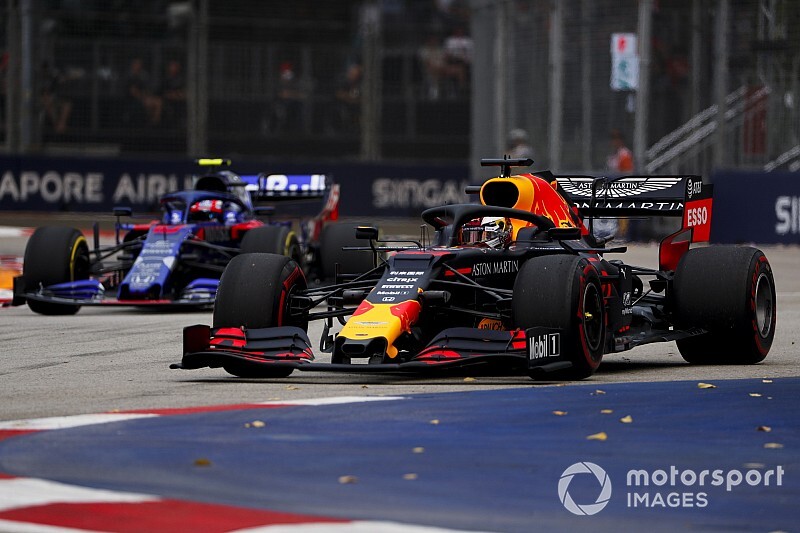 Verstappen used soft-compound Pirellis to knock Ferrari's Sebastian Vettel off top spot with just under half-an-hour remaining of the 90 minute session by 0.167s.

Mercedes driver Lewis Hamilton had set the pace during the first 40 minutes when drivers were on their first set of tyres, setting a time of 1m41.469s to lead the way by 0.469s.

During this phase of running, Racing Point driver Lance Stroll was third fastest, just ahead of Bottas, who clipped a wall early on his run and damaged a rim – limiting him to just three early laps.

This meant Bottas was the first to head out on his second set of rubber, using hard-compound Pirellis first to move up to second then to take top spot.

Hamilton then headed out, also on hards, deposing Bottas by six tenths of a second to make it a Mercedes one-two.

But Ferrari still had to go and both Sebastian Vettel and Charles Leclerc had fresh softs, with Vettel taking top spot with a lap of 1m40.426s.

Leclerc hit trouble before he could post a time on his fresh softs with a gearbox problem that manifested itself at Turn 19.

He was able to coast back to the pitlane, where his car was retrieved by the Ferrari crew – but did not return to the track.

Verstappen then improved again to take top spot for good with a lap of 1m40.259s, shortly before Bottas crashed and triggered a 10-minute red flag.

The rear stepped out on Bottas was he turned into the right-hander, sending him spearing into the wall with the car sustaining significant damage.

By this time, Bottas had been shuffled down to fourth behind Hamilton, with the second Red Bull of Alex Albon fifth fastest and 1.208s off the pace.

Nico Hulkenberg was the best of the midfield runners for Renault with a lap set on softs shortly before the red flag.

Both McLaren drivers were delayed by the red flag, but headed out after the restart to set their best times of the session, with Carlos Sainz going seventh fastest, 1.746s off the pace.

Lando Norris went eighth, but only after an off at the Turn 7 left-hander while on his first push lap.

The two Toro Rossos rounded out the top 10, with Daniil Kvyat ninth and Pierre Gasly 10th and separated by just 0.072s.

Pierre Gasly, on his third outing since returning to Toro Rosso, lapped just 0.072s off Kvyat on his way to eighth, putting him a tenth-and-a-half ahead of Daniel Ricciardo's Renault.

Daniel Ricciardo was 11th fastest for Renault, just ahead of the lead Haas of Romain Grosjean – whose deal for the 2020 season with the team was confirmed yesterday.

Alfa Romeo driver Antonio Giovinazzi was forced to have his quick run after the red flag, jumping up to 13th place with a lap 2.418s off the pace.

Stroll slipped to 14th by the end of the session having not improved on his first-set time having moved onto hards, putting him just over three tenths ahead of the second Haas of Kevin Magnussen – who complained of braking problems early on.

Robert Kubica, who announced yesterday that he will not continue with Williams next year, was 17th fastest ahead of Racing Point's Sergio Perez.

Leclerc ended up 19th with his early time ahead of the second Williams of George Russell.