Recall the Singapore Grand Prix with selected radio messages from the Formula 1 race. 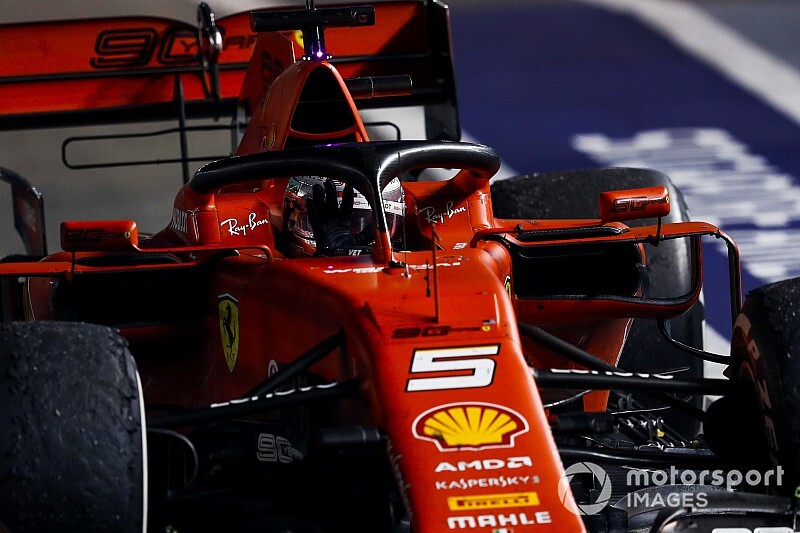 Vettel is impeded by Magnussen in practice 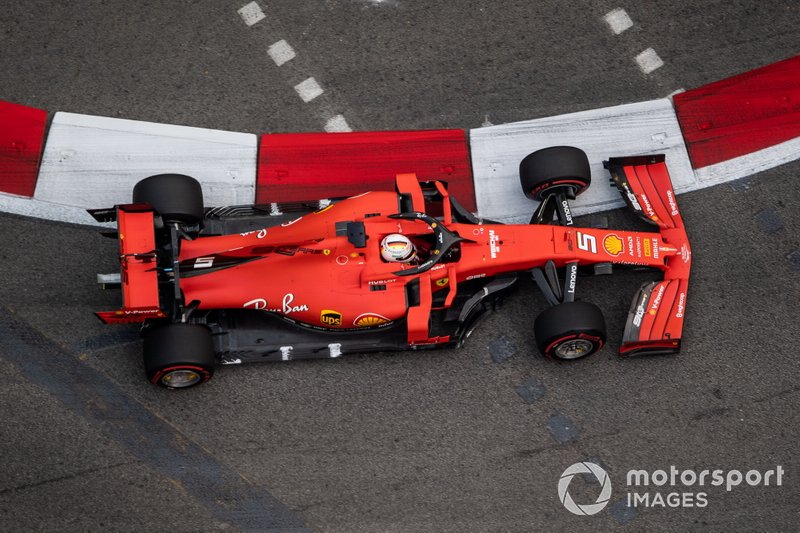 Grosjean spins in the same session 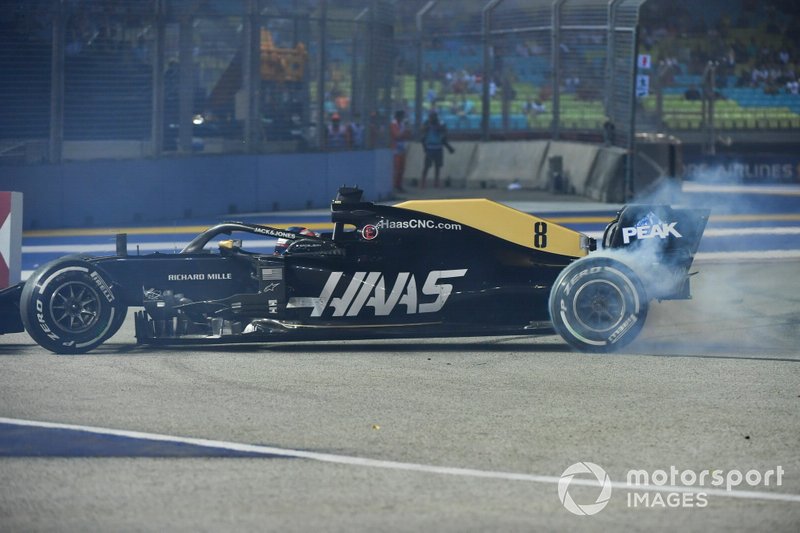 Team: “Are you OK? Are you OK?”
Grosjean: “Yeah, we just need to avoid talking into the corners.”
Team: “Apologies.” 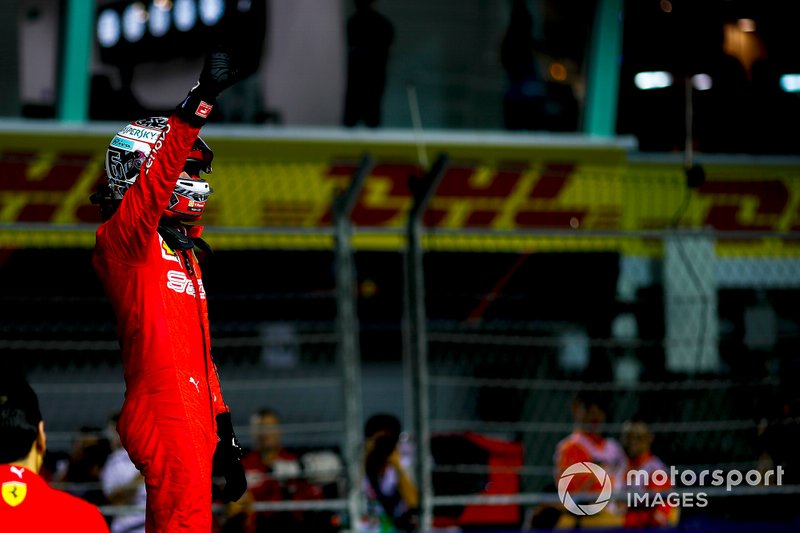 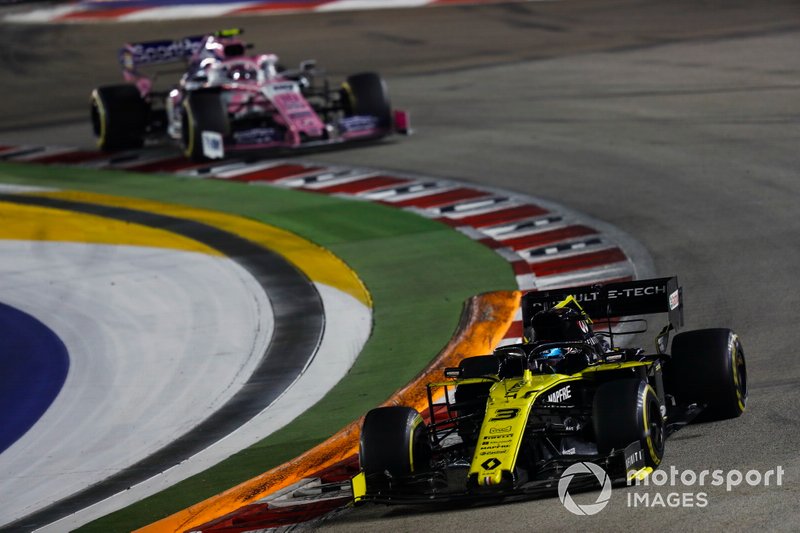 Leclerc drops behind Vettel after his pitstop 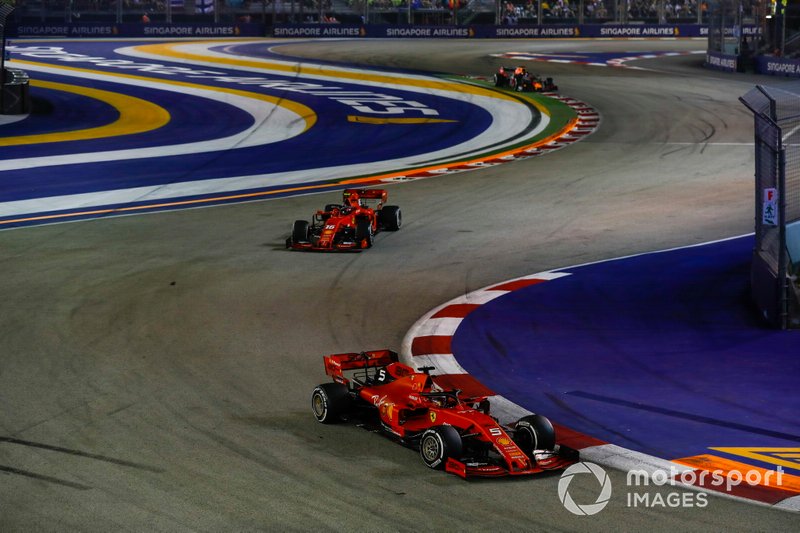 Leclerc: “To be completely honest with you I don’t understand at all the undercut. But yeah well...so we’ll discuss after the race but…”
Team: “Charles, it was the best thing we could do. Head down, the race is long.”
Team: “Yeah, yeah my head is down and it will be down until the race but I just want to let you know my feelings.”

Hamilton stays out on track 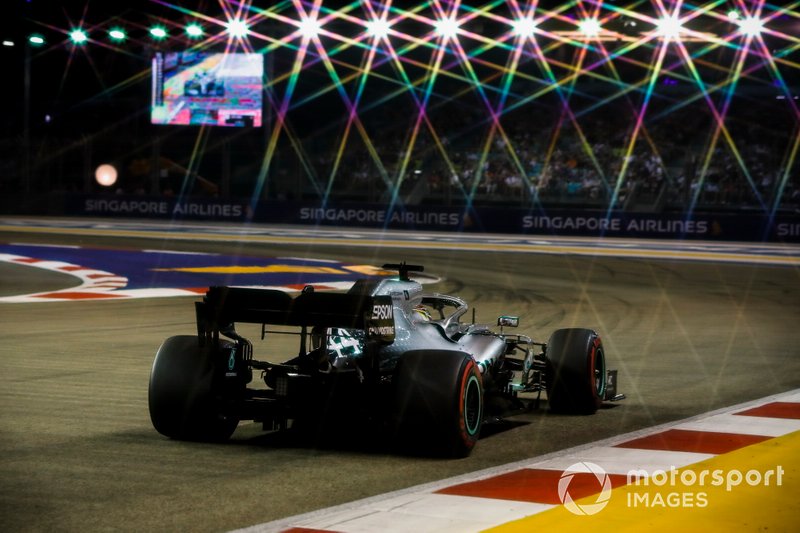 Team: “Just keep talking to us about the tyres.”
Hamilton: “They’re not great but i don’t want you to stop me.” 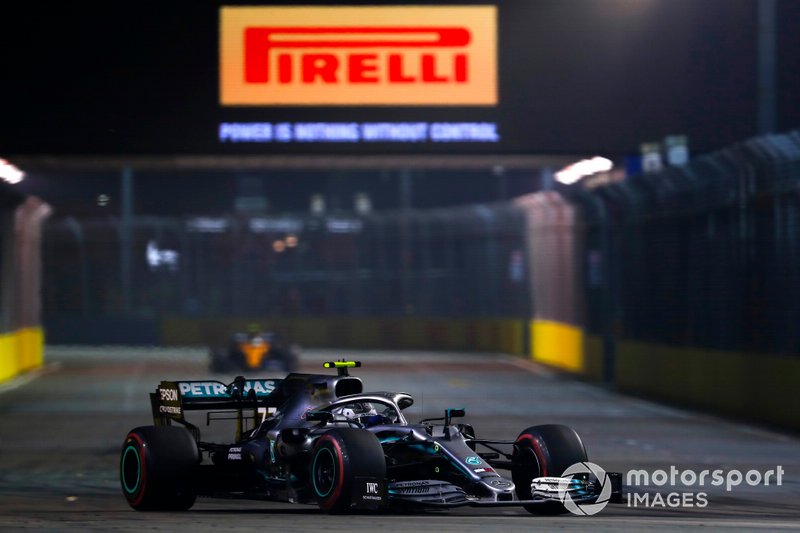 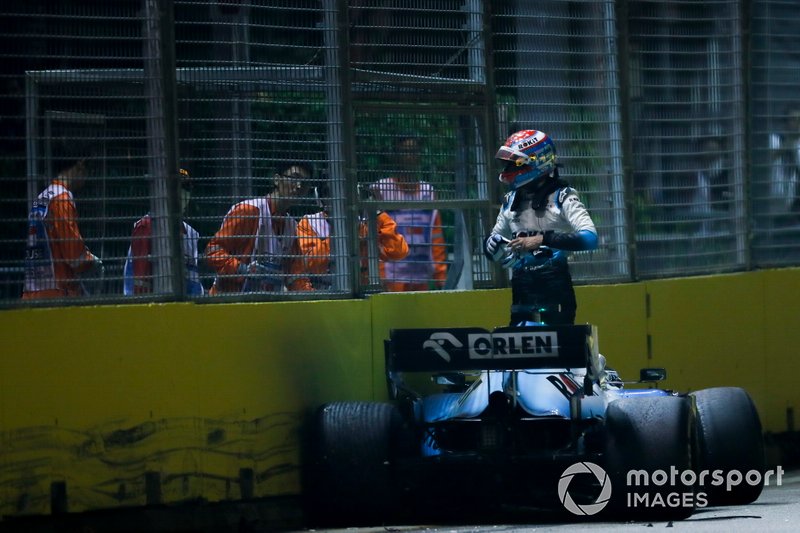 Haas: “Are you OK? Are you OK?”
Grosjean: I think yeah. I think the front wing is completely dead. I think he forgot I was there mate.”

Leclerc wants all tools at his disposal to repass Vettel 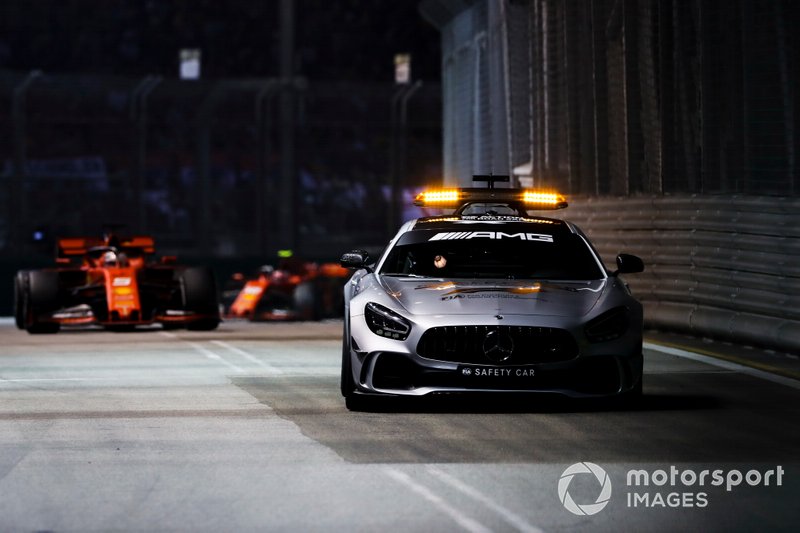 Team: “And for the restart, we do SOC 7 again. That will help.”
Leclerc: “I want everything. Even engine mode.”
Team: “Charles, we need to bring the car home, Charles. We need to manage the PU and bring the car home.”
Leclerc: “Yeah, yeah. I won’t do anything stupid. It’s not my goal. I want us to finish 1-2. I just think it’s not fair. But yeah, this won’t change. I won’t be stupid for Ferrari.”

Kvyat and Raikkonen collide into turn 1 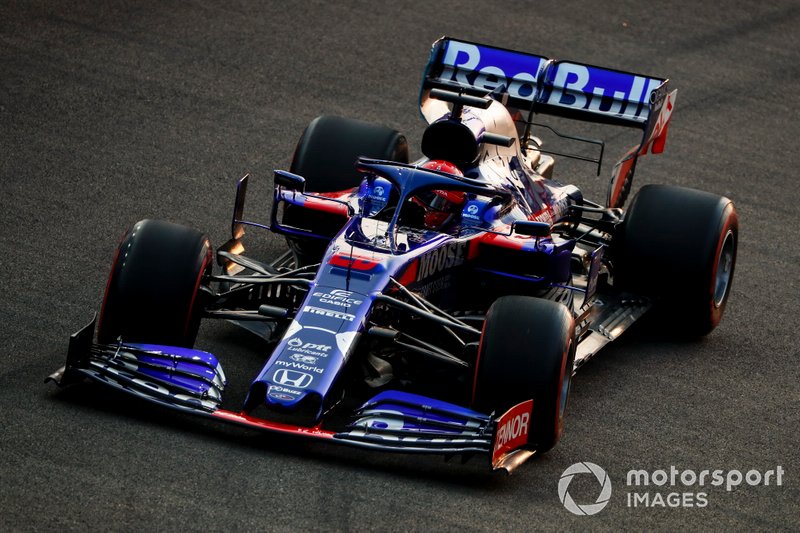 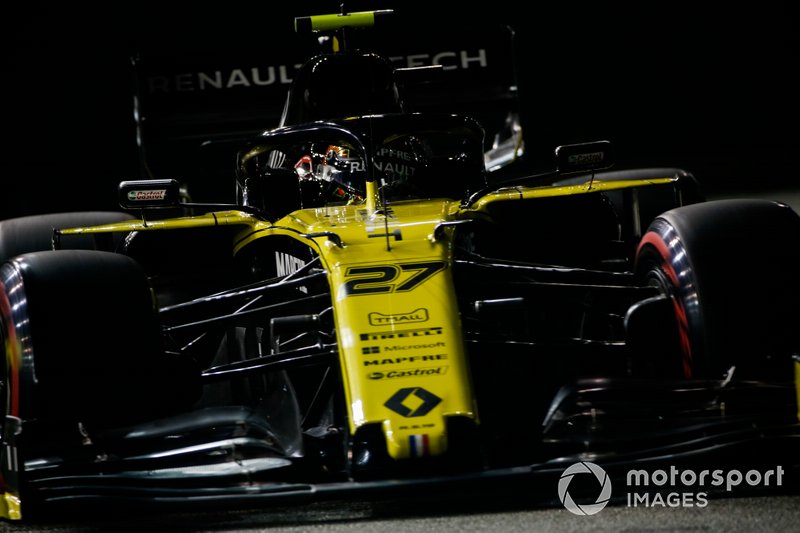 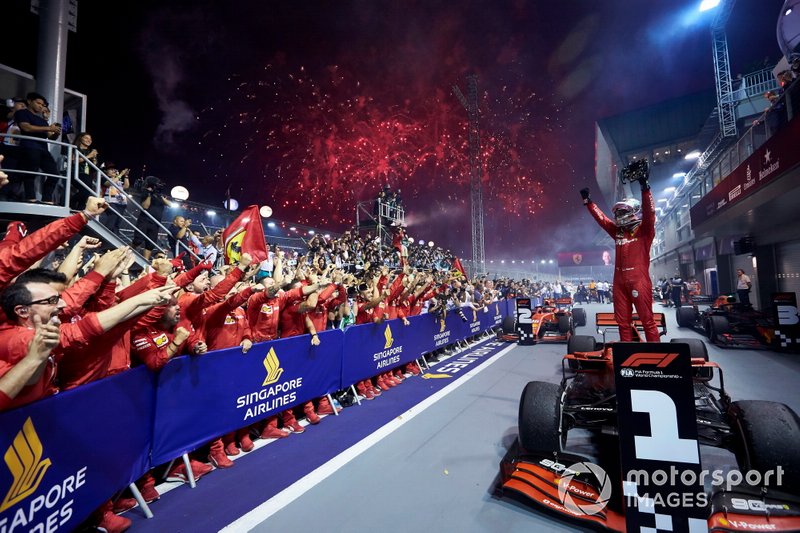 Team: “Yes Sebastian! P1! Nice job! One and two for Ferrari! Awesome job! Well managed! Enjoy the fireworks. Here is awesome as usual. You are the lion of Singapore! How many wins did you have?”
Vettel: “Hahahha.”
Team: “Hahah many!”
Vettel: “Five! Five!”
Team: “Five right for car number 5!?”
Vettel: “Exactly grazie.”
Team: “Well done.” 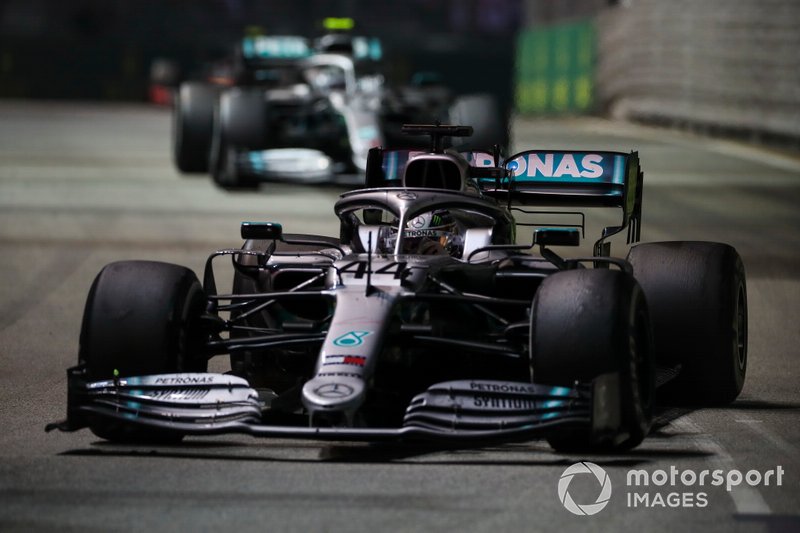 Team: “Okay, well done, Lewis! So that mate is P4. Sorry the gamble didn’t pay off.”
Hamilton: “Aah that was a poor effort man. That was not good. You don’t go from second to fourth.” 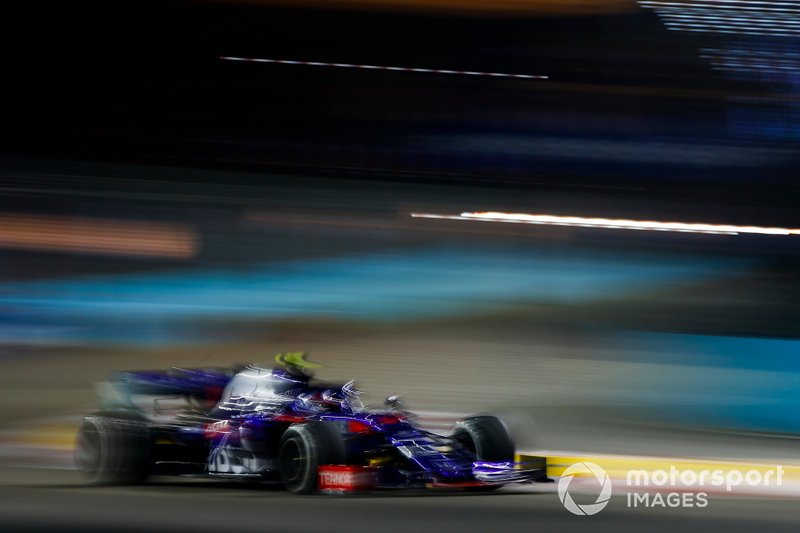 Explained: How Ferrari failed to realize power of the undercut