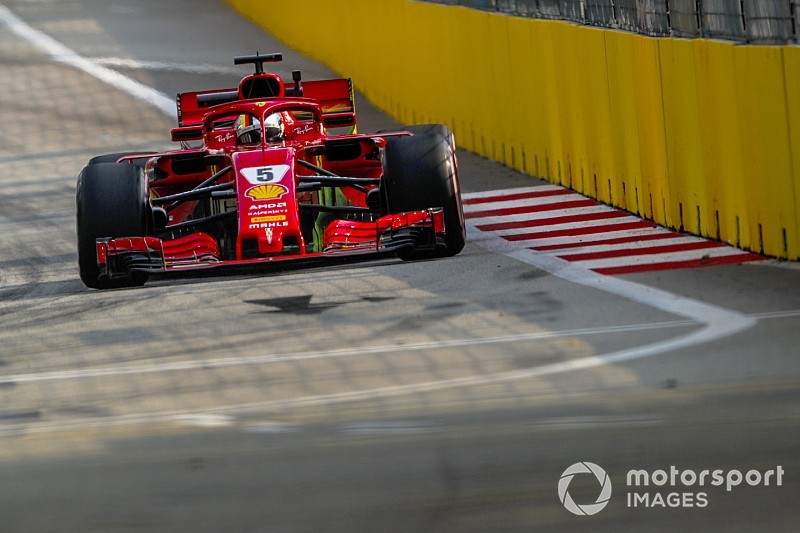 Ferrari may have topped the times during practice in Singapore with Kimi Raikkonen, but Sebastian Vettel lost his qualifying simulation when he clipped the wall. After his string of recent errors, he needs to bounce back over the rest of the weekend.

Before practice in Singapore, Vettel admitted that "the biggest enemy is me" in Ferrari's attempt to win the 2018 world championship. And so it proved on the opening day of track action at Marina Bay as he struck the wall exiting Turn 21 during the second session.

Friday practice is as good a time as any to ding the wall, and such an error certainly has a significantly smaller impact on a driver's chances for the weekend than doing so in qualifying or the race. But it meant Vettel failed to complete his qualifying simulation and, more importantly, was not able to do any long-run work thanks to the premature end to his session.