Ex-Williams Formula 1 driver Sergey Sirotkin says he feels “very sorry” for his former team over the difficulties it has already faced in pre-season testing. 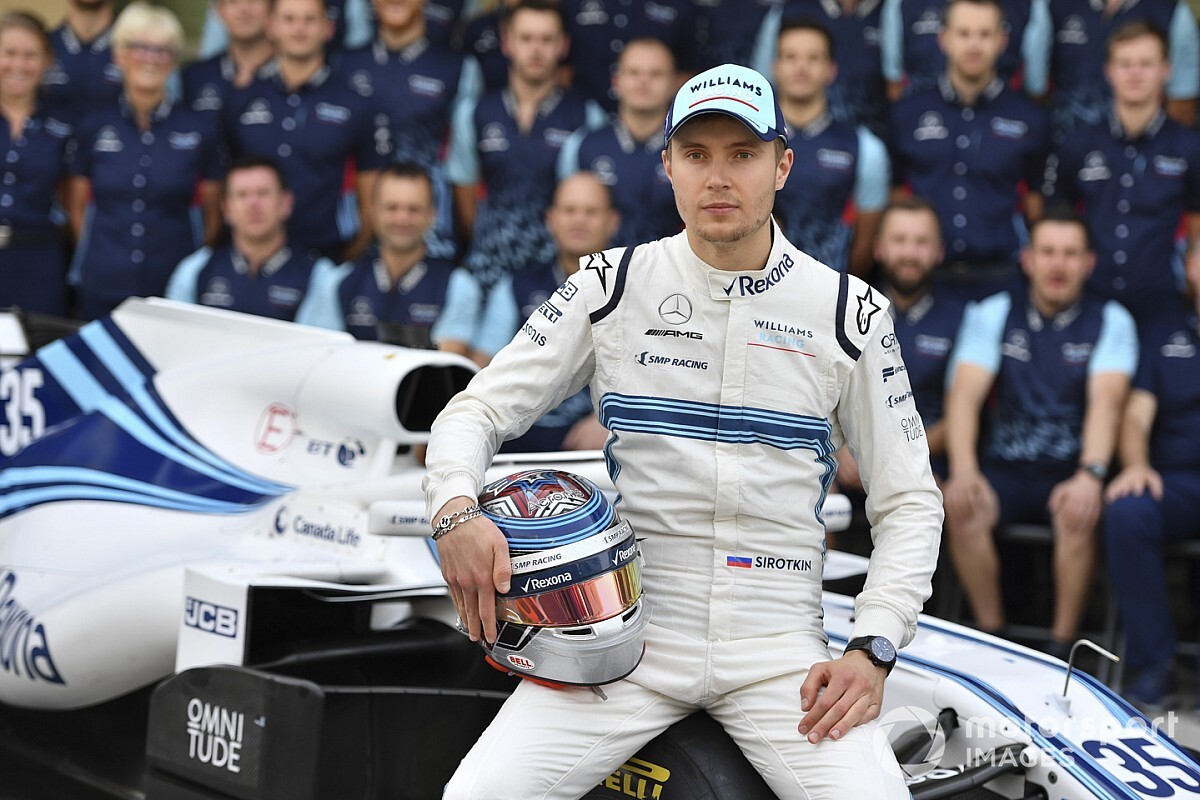 Sirotkin made his F1 debut last year with Williams but did not continue with the team for a second year, and is combining a World Endurance Championship programme with a Renault F1 reserve driver role.

The British team missed the first two and a half days of running because of delays building its new FW42 and has been bottom of the times throughout Barcelona testing.

“We all know that the team is in a very difficult position, but at the same time I have so many great friends there, so many people,” said Sirotkin.

“I know that we spent only a season together, but because it is a very long year and we spent so many days together at the factory, together at race tracks, working in such a difficult situation, it really feels I've been there forever.

“I know how much work we all together put in development and I feel very sorry that because of certain difficulties we don't see a result in terms of performance.

“I prefer not to comment too much. Just, as I know the people there, I know what they deserve.

“I just want to wish them all the best, and hope that they will get what they deserve.”

Robert Kubica and George Russell form an all-new line-up for Williams in place of Sirotkin and Lance Stroll.

Sirotkin has targeted an F1 comeback in future seasons and that is why he has rejoined Renault, for whom he acted as reserve driver in 2017 before getting his Williams race chance.

“We were always kind of looking what we can do to remain in the F1 paddock and kind of keep being in the system, in the business here,” said Sirotkin.

“Then we got the deal with Renault, which is great for a few reason.

“It’s kind of a perfect situation that played out after the race drive wasn't possible anymore.”

Sirotkin said he harboured no hard feelings for his lost Williams drive, having admitted at the end of 2018 that his F1 exit had hit him hard.

“I feel I had this really necessary time to be back home, to think over the what’s happened last year and also go through the process race-by-race, how I was performing, what I was doing, and not doing,” said Sirotkin.

“Just doing it slowly, a few thoughts here and there, and kind of really getting it in my mind.

“It is nice to be talking here about all this, but it is shame that I cannot jump in the car and do the things [I learned] now.

“But it’s been a good time to rethink everything and to get the best knowledge from what happened.”

Leclerc quickest in morning of Day 3 as times tumble