Steiner hits back at Alonso after Haas dig 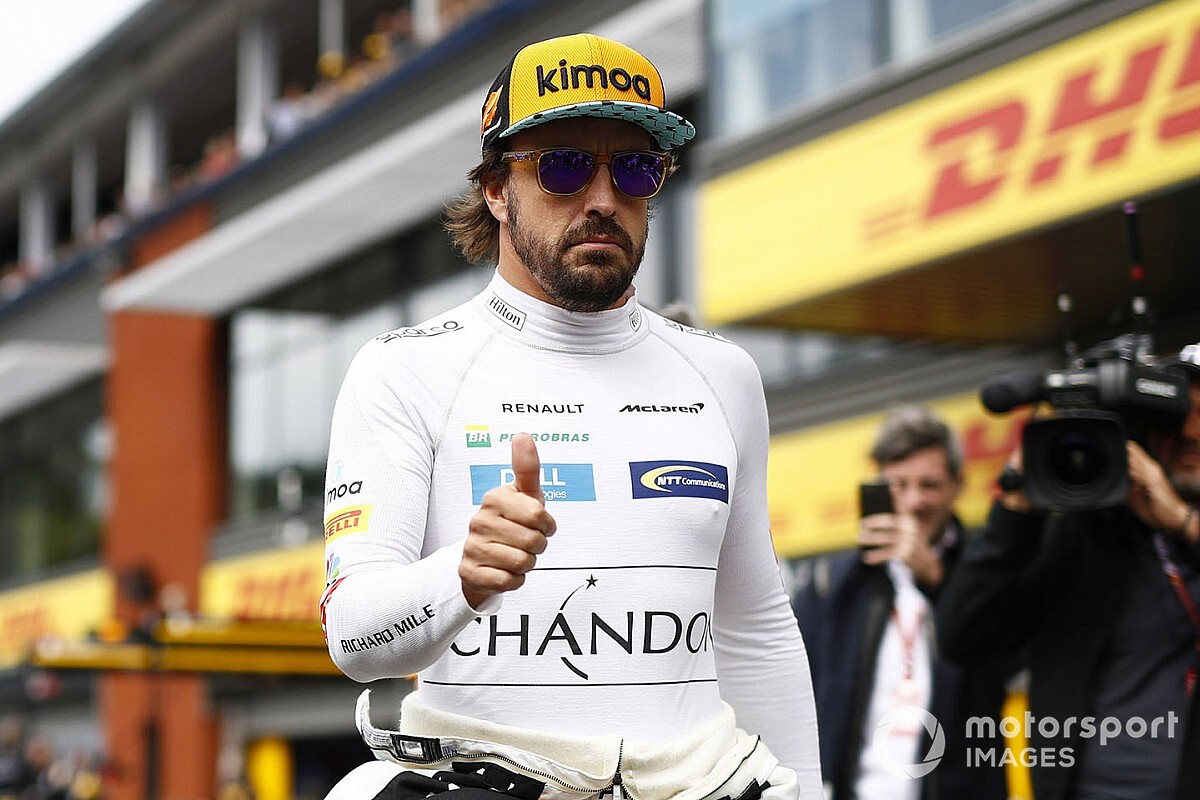 Haas team boss Gunther Steiner believes Fernando Alonso is not in a position to judge others for their performances in Formula 1 given McLaren’s enduring struggles.

Alonso and Haas driver Kevin Magnussen had a bizarre incident on their final flying laps in the second part of Italian Grand Prix qualifying on Saturday when Alonso tried to overtake Magnussen into the Rettifilo chicane at the start of the lap.

Magnussen had passed Alonso just before the Parabolica, and though they did not collide it did ruin both their laps and led Alonso to say: "There are many classes of drivers and then there are the Haas ones, who have the third or fourth-best car of the grid and are out in Q2.”

When asked by Motorsport.com for his response to that dig, Steiner said: “Fernando went to McLaren, which McLaren shouldn’t be fighting to get out of Q1.

“So, I cannot help him there. I didn’t make the decisions. He can talk for himself not for the others – that’s a good starting point in life.”

Magnussen missed out on making the final part of qualifying and will start 11th, while team-mate Romain Grosjean went on to put his Haas sixth on the grid.

Alonso has been near the foot of the times all weekend as this race, and last week’s at Spa, have exacerbated McLaren’s ongoing struggles because of its straightline speed deficiency.

Steiner said: “I saw them [his drivers] going out behind Alonso and that was like, ‘Here we go…’ but you don’t want to say anything because it seems like you’re paranoid, and then it happened.

“I think there is a trend there, but I think Alonso had nothing to lose and we had something to lose.

“On his [Alonso’s] best day, today, they couldn’t catch us. Even with the best slipstream ever it was impossible for him to catch him. If Kevin passed him before the Parabolica he must have had a reason.”

Alonso and Magnussen have clashed before, including an argument during this year’s British Grand Prix weekend.

Steiner said he could not answer whether Alonso would have reacted on-track at Monza the same way with another driver.

“That’s a question for Fernando if he would have done it or not on somebody else,” said Steiner. “Yeah, he complains, but he complains about everybody, so that’s how he gets away with it.”

TV pictures caught Steiner in conversation with McLaren boss Zak Brown after the incident but Steiner said it was “very civilised” and “it just happened [because] I was on my way back and then I saw him coming”.

He also said the silver lining for the team was Magnussen not getting a penalty after the stewards decided not to take further action against either driver.

“The stewards this time, in their lack of making a decision which could stir up controversy, they did us a favour,” he said. “I think he wasn’t for a long time at the stewards. Maybe they missed him.”