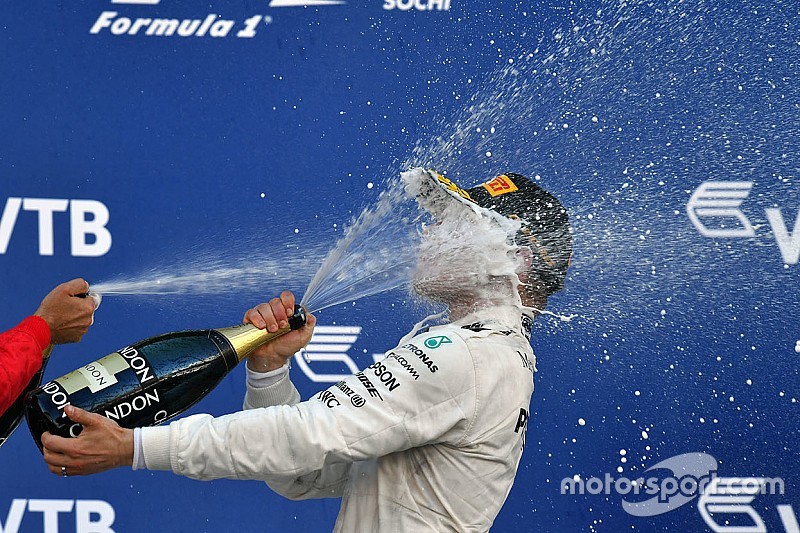 After every grand prix, ace photographer Mark Sutton of Sutton Images gives us a behind-the-scenes look at what it takes to cover Formula 1 from behind the lens.

"It was the first Ferrari 1-2 on the grid since France 2008, so with both the red cars on the front row we were expecting a great battle off the start.

"But Valtteri Bottas had other ideas, and after making an amazing start and slipstreaming Sebastian Vettel into the first kink, he then flew past and started what was to be a perfect race – and his first F1 victory.

"I was lucky enough to be on the pitwall for this race with an exclusive tabard, which gives you the chance to shoot the pitstops off the pitwall from all angles, and then take a flag or team photo to complete your race action portfolio.

"Then it's a quick run to the photo tower, which is opposite the podium, to get ready for the parc ferme celebrations and then the podium itself.

"Valtteri arrived back to parc ferme and celebrated with a fist pump while stood on his car – and then jumped off into the arms of his team, who were cheering his first victory.

"The podium always delivers great emotions and, in this case, there was the added benefit of a first-time race winner. In this photo, you can almost see Valtteri's relief and all his built-up emotion after so many races of chasing this target, as he sprays the jeroboam of Chandon champagne into his mouth and face.

"Clearly he has a taste for champagne, and for victory!

"We move on to the European season next in Barcelona, with lots of team and car upgrades and the arrival of the motorhomes and trucks."

Renault has to perform on track to earn respect - Abiteboul

Vinales admits he lost his way on setup for Catalan GP