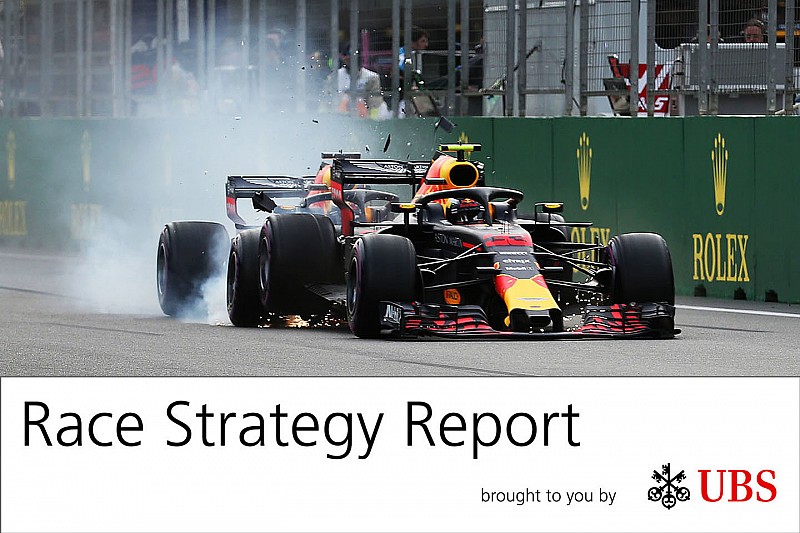 This year, with heated competition between the three top teams we are seeing not only close racing but drivers, teams and especially strategists being put under pressure.  And the inevitable consequence is some bold moves on the one hand and mistakes on the other.

Baku was a good example; Ferrari seemingly in control with pole position and the lead of the race, but able to turn that into just a fourth-place finish for their title contender Sebastian Vettel and a fortunate second place for Kimi Raikkonen, who had a collision on the opening lap and dropped down the order.

Already in 2018 we have seen three of the four races turned on a Safety Car. In Baku this is always a strong possibility, in fact the strategists say that along with Monaco and Singapore this is one of the top three races where you actually factor the Safety Car into your planning and skew your tyre strategy accordingly, even if that means you have sub-optimal race pace should no Safety Car occur. 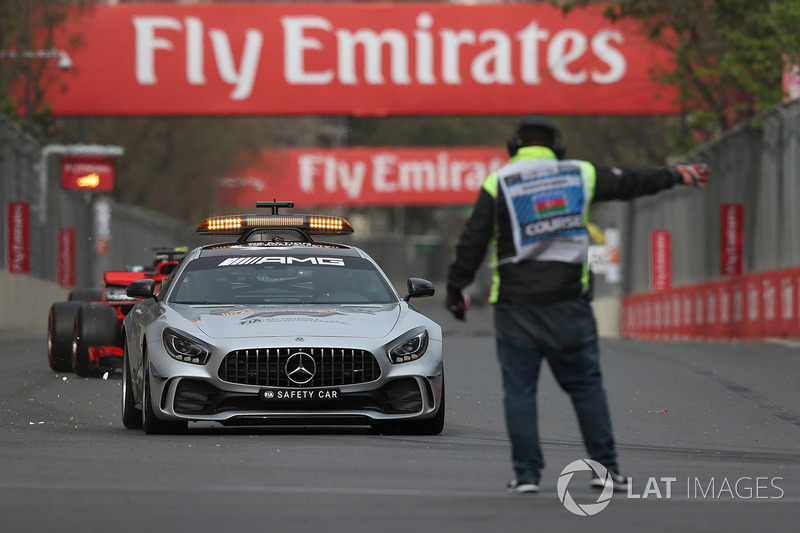 This is why we saw drivers staying out a long time on their initial set of supersoft tyres, waiting (hoping) for a Safety Car, that eventually came.

We also saw decisions which arguably revealed a snapshot of the mentality of each of the top teams to their championship priorities. Mercedes prioritise the constructors’ championship and the race win; they kept both drivers in the hunt for the win and the largest points haul with their decision making.

Ferrari again prioritised the drivers’ championship, as they have clearly done all season, while Red Bull let their drivers race – despite a warning sign when they banged wheels – something you would not allow to happen if you really believed you could win the championship or were stockpiling constructors’ points.

All three tyre compounds were again in evidence on the grid, but with a wider spread than normal, indicating the different tyre models each team had. For a number of teams, including the top five Mercedes, Red Bulls and Vettel’s Ferrari, the tyre to be on at the start was the supersoft as it was only marginally slower off the start line than the ultra but had much better durability and would comfortably take you into the Safety Car window.

It was also durable enough to take some cars to the point at which they could switch onto the ultrasoft for a late race burst, which is what Mercedes did with Hamilton.

It wasn’t as warm a day on Sunday as it had been for Friday practice and one of the key considerations as the temperature dropped further in the late afternoon, was the warm up of the tyres. It was hard to get the soft tyre to switch on for many teams. In contrast, this was one of many things the Ferrari was doing better than its rivals. 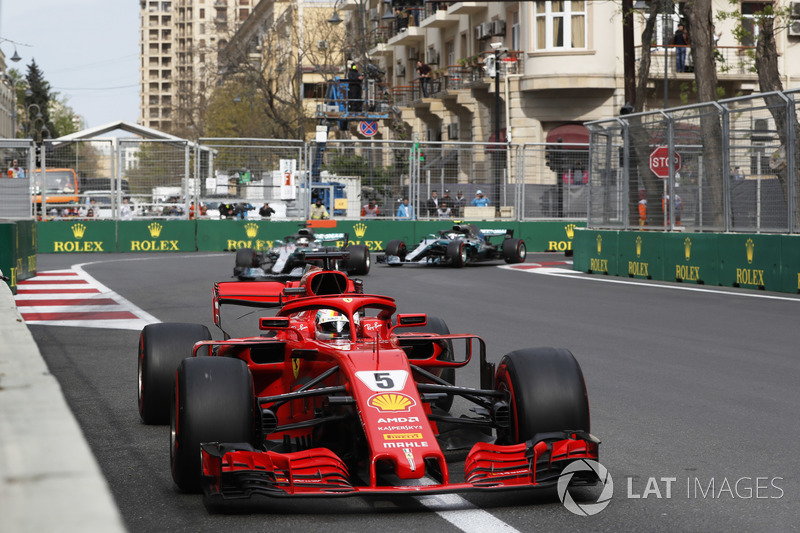 Sebastian Vettel, Ferrari SF71H, leads at the start of the race

It was telling that Sebastian Vettel was calm after the race, in which he had lost the lead due to the team’s reaction to a split strategy by Mercedes and to his own misjudged move at the restart at the Safety Car behind Bottas.

The reason for his calmness was that, once again, they had come to a circuit that should favour Mercedes and yet Ferrari had the upper hand in qualifying and the race, just like China. The Ferrari is the fastest car at the moment in both conditions – seemingly on all types of circuit.

But unlike China, where Vettel won, here it failed to capitalise on its advantage and Vettel finished fourth, allowing Hamilton both to win the race and take the championship lead for the first time this season.

Hamilton had been forced to stop on Lap 22, his strategy compromised by a lock-up that flat spotted his tyres. The team had no choice but to put him on a set of soft tyres to the finish.

So, he was now on a suboptimal strategy and he found it hard to get the tyres working. 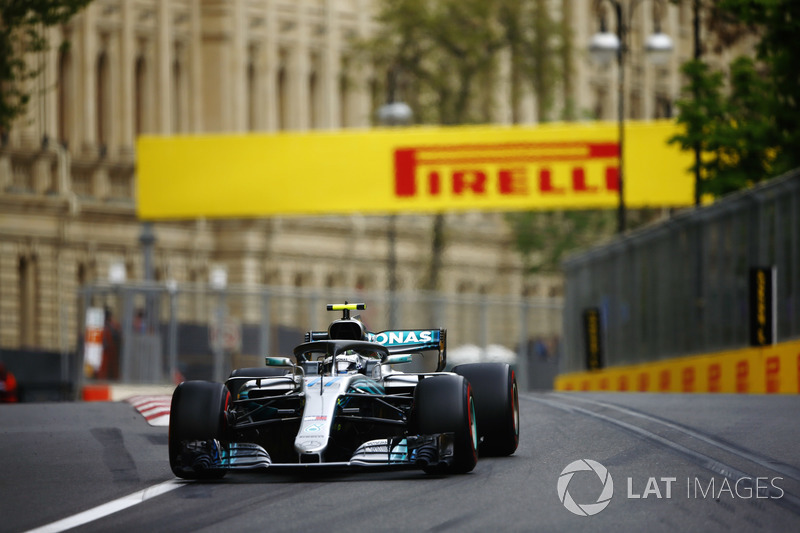 Mercedes’ objective is always to win the race with either car and to maximise constructors’ championship points. For Bottas, now the driver most likely to win for Mercedes, the game was to try to get a big enough gap over Hamilton to stop and fit ultrasofts for the final stint to attack Vettel.

For Vettel, decision-time came as they approached Lap 30. The supersoft tyres were holding on well and he had a margin of 10 seconds over Bottas; so, no reason to be the first mover in this chess game.

His tyres were slowly deteriorating, but he still had another five or six laps to go before being able to safely fit ultras. By that time Hamilton could be three or four seconds behind him after the stop and able to get a tow, although Vettel would have the faster tyres. And the falling temperature was not favourable to the soft tyres.

In retrospect it would have been better to stay out until either a Safety Car or the switch to ultras, as Bottas did. But a decision has to be made one way or the other and Ferrari and Vettel chose to stop to cover the strategy of Hamilton, their drivers’ title rival, rather than Bottas.

These decisions are all about lots of small factors; expected tyre warm-up is one, but also critical is the amount of time lost in a pitstop, which was not as clear in everyone’s minds as at some circuits due to lack of past data, the blustery winds, the strange layout of pit-in and pit lane exit, plus the chance of a tow down the straight that can give you an unexpected 4/10ths of a second. 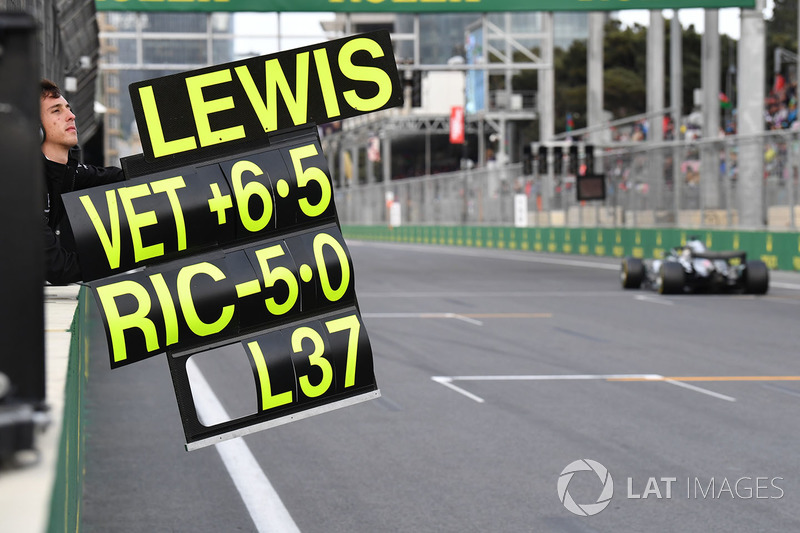 The margin of error in predicting a pitstop time in Baku this year therefore was as much as 1.5 seconds, without any kind of mishap at the stop. Still recovering from their Bahrain pitstop accident, Ferrari were clearly not at ease in this decision and wanted some margin.

On the few occasions where you have an undercutting car that is not immediately faster than you and an overcutting car, which you are faster than, you stay out. Especially at Baku, where the Safety Car is a factor in strategy planning.

So, by stopping Vettel first, when not under direct threat from Hamilton, Ferrari handed Mercedes the chance to stay out and maybe luck into a Safety Car. When the Red Bull pair hit each other, Lady Luck smiled on Mercedes.

Bottas got a free pit stop and the race lead, Vettel did the right thing and pitted again, fitting the same ultrasoft tyres, as did Hamilton. This set up the drag race at the restart and as Vettel felt compelled to try a move on Bottas, as much out of defence against Hamilton’s attack, as offence against Bottas, he misjudged the braking distance and ran wide, flat-spotting his tyres.

Bottas had a tyre failure due to debris, so Vettel’s fifth place became a slightly less painful fourth, but Mercedes got what they came for, which was the race win. 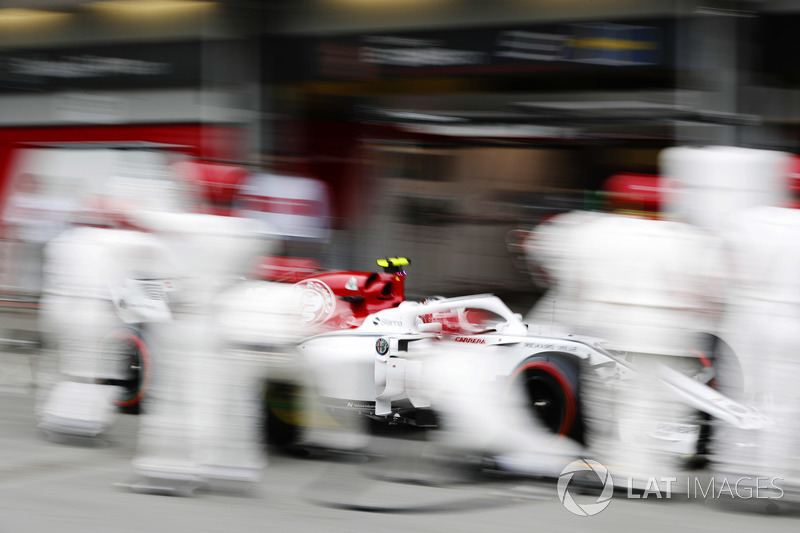 Perez, Sainz and Leclerc stand out on difficult day

If the competition at the front this year makes for more exciting viewing, the midfield is again hugely entertaining and in Baku there were three excellent results for Force India’s Sergio Perez (third), Renault’s Carlos Sainz (fifth) and Sauber’s Charles Leclerc (sixth).

For Perez and Leclerc this felt like a win, for Sainz he showed his doggedness in coming back from a sub-optimal strategy and an early stop on Lap 16, off the ultrasofts onto the softs, which put him into traffic.

Leclerc showed remarkable pace and composure. He started the race on the supersoft, looking to stay in the hunt and capitalise on a Safety Car if one arose.

His race was with Williams’ Lance Stroll, who tried the undercut on Lap 22. At this point Leclerc was also ahead of Perez, who went onto finish on the podium, so the decision was whether to cover the team that they are fighting in the championship or to try to stay out and luck into a Safety Car that would keep them ahead of Perez. 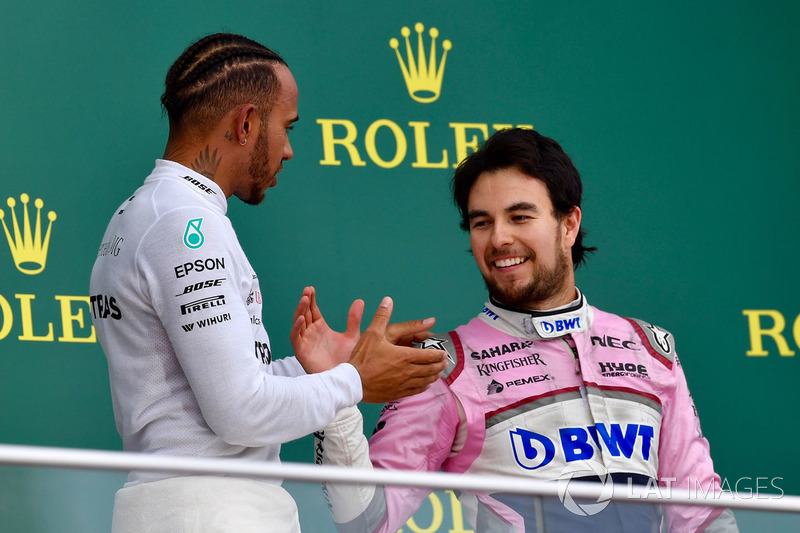 Perez was not in Sauber’s race. It covered Stroll, while Perez, who had pitted on Lap 2 under the initial Safety Car for softs to give himself the maximum window of opportunity, went all the way to Lap 40 and took advantage of the second Safety Car and the chaos that engulfed the Red Bulls and Vettel in the closing stages.

Romain Grosjean was right with Perez before the Safety Car and also had the same opportunity, but he crashed when warming up the tyres before the restart and another big points result went begging for Haas, just as in Melbourne. 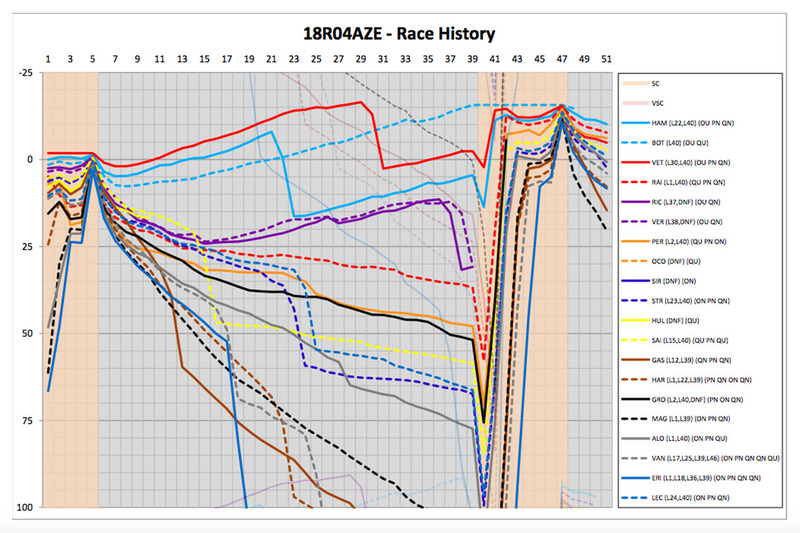 The number of laps is on the horizontal axis; the gap behind the leader is on the vertical axis. The thing to look at is the gaps between the cars and also the relative pace of the cars. A positive sign is an upward curve indicating strong pace as lap time falls.

Look at Vettel’s trace before his stop compared to Hamilton and Bottas. He is not under any real threat from Hamilton who is not closing the gap noticeably, while Bottas continues on a similar level on the supersofts after Vettel stops, showing that there was still life in them. 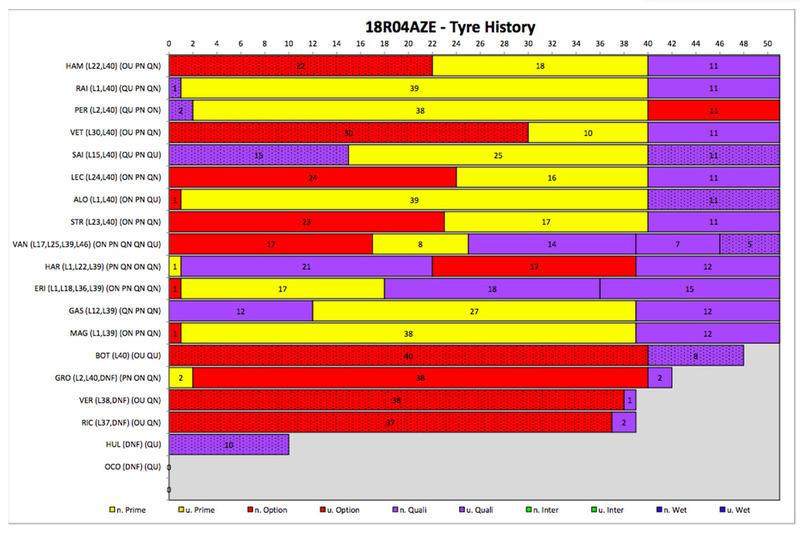