A one-stop Abu Dhabi Grand Prix provided little in the way of strategic variance out front - but there were a number of interesting calls and tactics further down the order.

The 2017 season finale was not as high on drama and tension as last year’s edition, with the drivers and constructors’ championships both decided.

But there were some interesting cameos and decisions taken during the race in the duels at the front of the field, in the middle and at the back.

And it gave a counterpoint to what kind of racing we can expect next season with the new range of tyres unveiled by Pirelli. 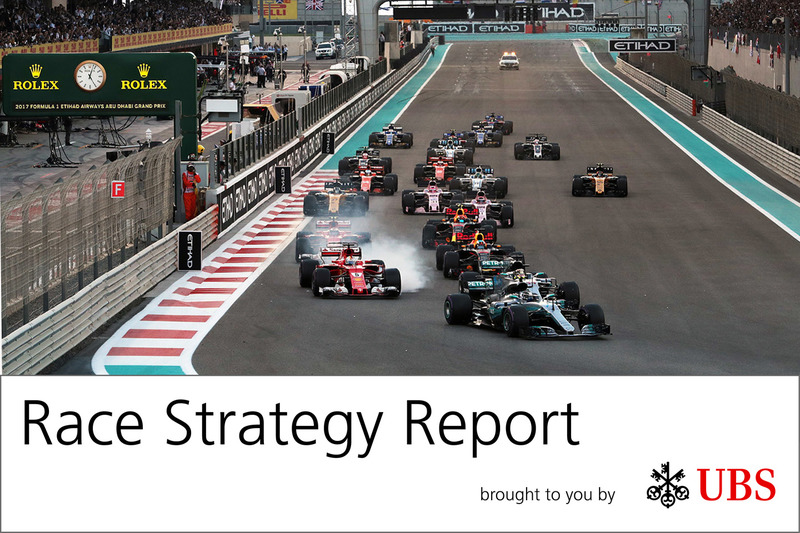 As has become the custom in 2017 - and which Pirelli has taken steps to avoid next year - the hardest of the three tyre compounds (soft) did not get used in Abu Dhabi.

Instead, it was possible to do the race on a single stop strategy from ultrasoft to supersoft; or the other way around on a mirror strategy with the supersoft in the opening stint. Last year, in contrast, it was a two-stop strategy. For 2017, two stops was up to eight seconds slower than a one-stop.

Overtaking is difficult at Yas Marina and although there was little passing at the front of the field, there was plenty of close racing in midfield and at the rear, using the two consecutive DRS zones on the lap. 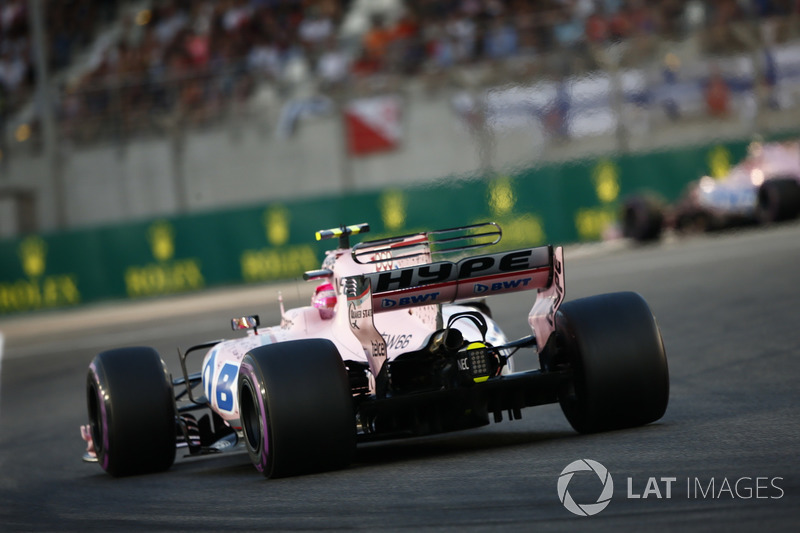 Strategy-wise, the alternative to overtaking was to try the undercut, which means pitting a lap before the car ahead and using the new tyre advantage to take the place when the other car stops.

This weekend the gap required to achieve this was around 1.5 seconds, although in practice there were very few successful attempts as some teams that tried it suffered with a slow pitstop.

The overcut, whereby you stay out longer and build an offset so you can attack at the end on fresher tyres, is a tactic we have seen many times this season and which has been effective in some places, but not so much here.

Esteban Ocon, for example, was locked in a battle with Sergio Perez and Nico Hulkenberg and built a huge offset of 15 laps, but lost too much time before the stop and was only able to close down the gap in the second stint from 11 seconds down to six seconds at the flag.

The tyres were very consistent and had low degradation, it was possible to stop anywhere from Lap 10 to Lap 30. Next year’s range of tyres will prevent this happening, as the tyres move a step softer and the range of compounds is improved. 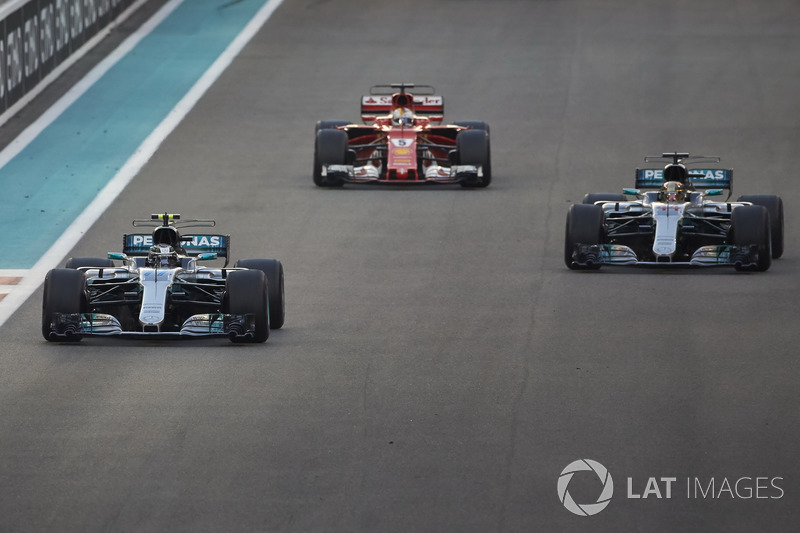 Ferrari wasn’t able to compete with Mercedes in Yas Marina, which left a few people scratching their heads after the team's effort in Brazil.

A disappointing performance on the ultrasoft tyres and then the need to manage the fuel in the second stint, despite Sebastian Vettel feeling more competitive on the supersoft, led to a gap to Mercedes at the finish of 19 seconds.

On the ultrasoft, Vettel dropped five seconds in 22 laps - on the supersoft he dropped a further 15 seconds.

Max Verstappen tried the undercut on Kimi Raikkonen, but despite the fastest pitstop of the race, it didn’t come off. 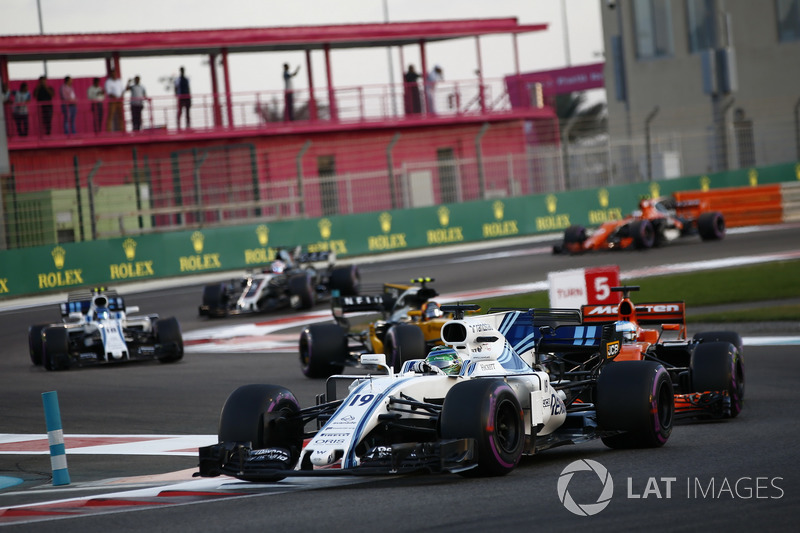 In the midfield there was more going on.

Fernando Alonso and Felipe Massa had another great battle over ninth place, where Alonso attempted the undercut on Lap 21 after following Massa for the opening stint.

He would have pulled it off most likely, had the McLaren team not had a slow stop, over one second slower than Massa’s a lap later.

Alonso came out behind Massa but was able to use the warm-up slope advantage on the supersoft tyres to attack and overtake.

It was Massa's final grand prix and it was appropriate that he should spend it sparring with his former Ferrari teammate Alonso. The pair have battled often in 2017 and the point of note is how much better the McLaren-Honda package seemed to be in the closing stages of the season, which Toro Rosso can take encouragement from in terms of engine supply next season and McLaren can take encouragement from in chassis terms.

Hulkenberg makes most of penalty move 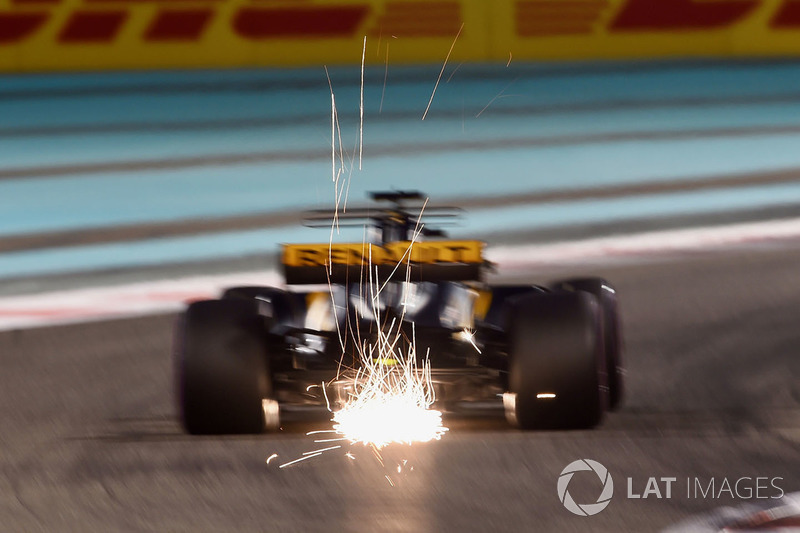 There was also a fascinating battle between the Renault of Hulkenberg and the two Force India drivers Perez and Ocon.

Hulkenberg started ahead on the grid in seventh place, but after light contact at the start, he only retained the position a few turns later by cutting the corner.

Perez was furious and felt Hulkenberg should have given the place back, but he didn’t and the FIA stewards gave him a five-second time penalty, to be served at his pitstop.

He should really have been behind Perez and with the added complication of having to use strategy to get the place back.

Instead, Hulkenberg was able to finish ahead in sixth place, which gave the Renault team the points to move ahead of Toro Rosso in the constructors' standings.

It was also a tactical signal from Renault to Force India, a team the French manrque aims to be beating next season with greater resources. 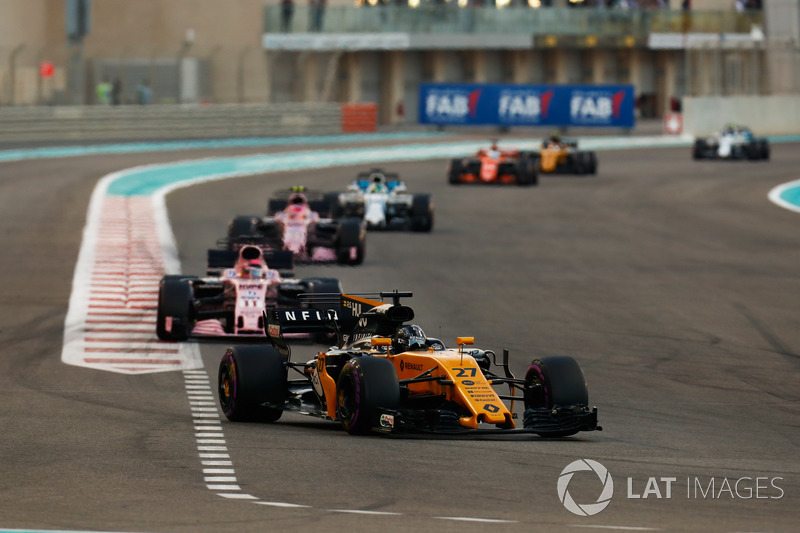 Apart from a certain ruthlessness about the way they played the aftermath of the corner cutting, Renault’s result here also revealed a willingness to take risks.

Hulkenberg had been given only six laps in the race on which he could maximise the engine modes, causing damage to the engine.

Instead, to enforce their advantage and make it stick despite the five-second penalty, Renault allowed Hulkenberg double that number of “maximum attack” laps.

Force India was aggressive, too. The team pulled the trigger on the early stop on Lap 16 for Perez, looking to undercut Hulkenberg, knowing that he would have to pit to cover the move and then serve his penalty.

He did so, but having hammered his engine in the run-up to this period in anticipation of the stop and on his in-lap, he had sufficient margin, despite the extra five seconds lost at the stop, to retain track position.

Force India tried the pincer mover, with one driver undercutting and the other one overcutting, but Ocon’s huge tyre offset didn’t bring any kind of competitive advantage, unlike other races we have seen this year where that tactic most certainly worked.

The UBS Race Strategy Report is written by James Allen with input and data from several of the leading teams’ strategists and from Pirelli. 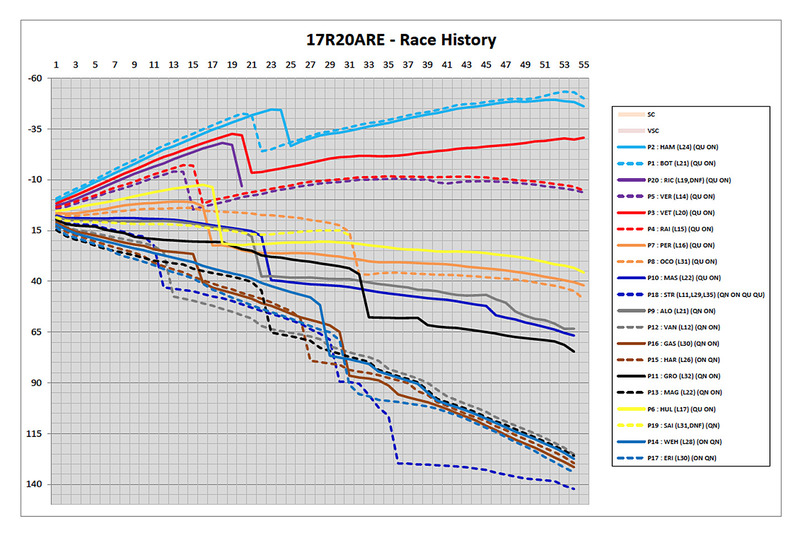 Look at the gulf in pace between the top three teams and the midfield as 2017 comes to an end. That gap will be closely monitored at the start of 2018 to see if the midfield teams like Renault, Force India and McLaren in particular have been able to close in. 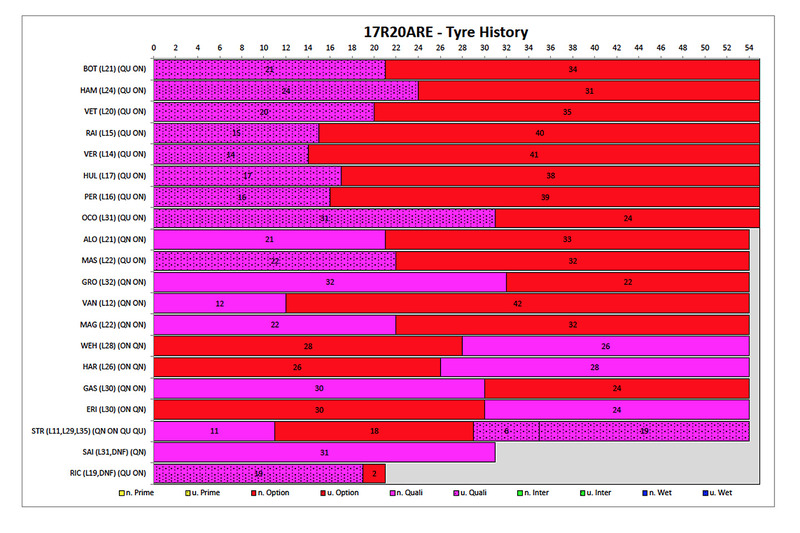