Strategy Report: How Red Bull made Mercedes jump to its tune

James Allen takes a strategic review of the Japanese Grand Prix, and analyses the battle for the win and some midfield team orders.

It is easy for fans to assume that a one-stop race is straightforward for all teams concerned, but in the case of the 2017 Japanese Grand Prix, nothing could be further from the truth.

The teams went into the race with four laps of data on which to base key strategic decisions around 25-lap stints. Suzuka is a track to be aggressive on, it often brings results and Red Bull has benefitted from that many times down the years.

We saw Red Bull taking lots of risks to try to win the race with Max Verstappen, and he almost succeeded by forcing Mercedes into a sub-optimal strategy with Lewis Hamilton. But the Englishman managed to hold on, just, to win the race.

Further back we will look at how two midfield teams imposed team orders, refusing drivers’ requests to switch the cars, how Valtteri Bottas’ role as a rear gunner for Hamilton cost him a podium and whether the fast-starting Sebastian Vettel could have won the race if he had not suffered power loss due to a spark plug failure. 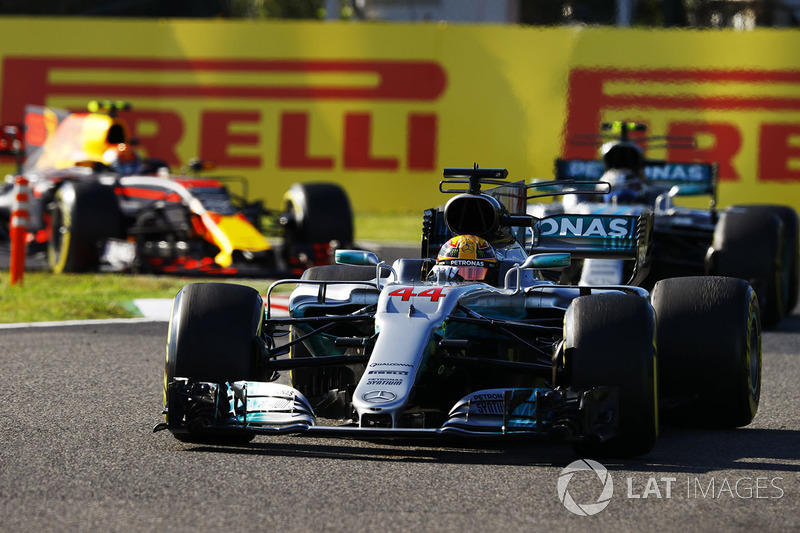 With very limited dry running before the race, teams had little data to work on for race strategy planning. The soft and supersoft tyres would be the main sets and Vettel opined that the lack of data didn’t matter too much as they know the tyres well by now. But memories of Silverstone, where Vettel’s blistered front tyre failed due to going on too long, were still vivid in people’s minds.

The expectation was that this would be a one-stop race, but there was quite a set of unknowns, and the Plan B of a switch to two stops was ready to be deployed.

The uncertainty about what to do creates a dilemma for teams; because the tyres are a bit too resilient to be ideal this year – last year, one stoppers used medium and hard tyres! – teams default to the minimum stop solution, in this case one stop.

But it leads to two things: lots of risk taking at the start, as it’s one of few opportunities to make up places and also it leads to a ‘group mentality’, which means making copycat moves.

Underlying these one-stop races this year is a great tension; what to do if a rival attacks with an early stop on Lap 16? Do you cover it or copy the move?

Two stop strategies create gaps in the traffic, while one-stop races create doubt, especially for the drivers. This is why you often hear Lewis Hamilton questioning a strategy decision; he’s picking up on that mood of uncertainty. What swung it towards one stop this year was the Virtual Safety Car periods, which gave the tyres a breather.

Last year in Suzuka, everyone finished and there were no VSCs. But this year with faster cars it was clear that the track punished mistakes, which is as it should be in F1.

So against that backdrop of tension and doubt, a team like Red Bull – with nothing to lose in the drivers’ championship – could afford to take big risks. 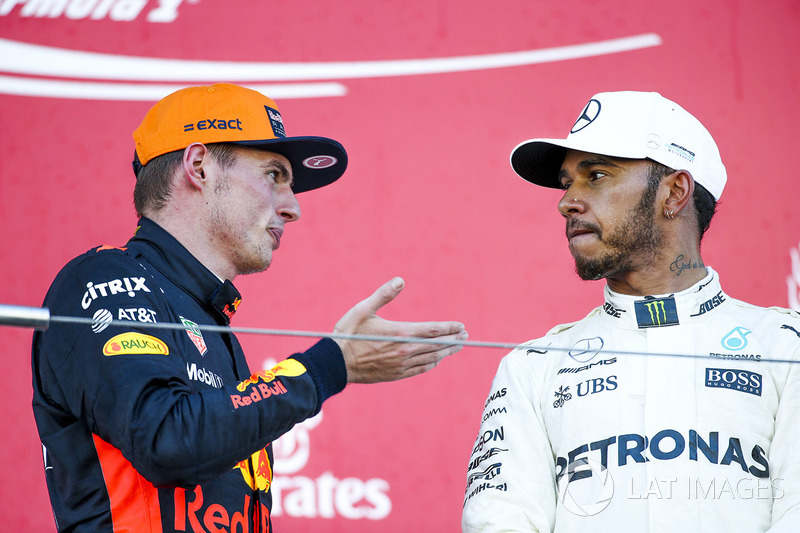 How Verstappen almost made it back-to-back wins

Verstappen won in Malaysia by making an aggressive overtaking move for the lead on Lewis Hamilton. Hamilton respects Verstappen, you can tell. And he respected him even more after that, even though he was dealing with a de-rate problem on his engine at the time.

So when the Dutchman forced his way past team mate Daniel Ricciardo at the start at Suzuka on Sunday, he was in the fight for the win again, and Red Bull was on a war footing.

On the first set of supersoft tyres, he had similar pace to Hamilton, but lost the front tyres as the stint evolved and struggled to keep the gap. But team boss Christian Horner had predicted that Verstappen would have a say in the final part of the race on the soft tyres and so it proved.

Red Bull took a huge risk on the timing of Verstappen’s stop; Raikkonen had started the race on soft tyres and was coming through the field as cars on supersofts peeled into the pits. Verstappen was pulled in on Lap 21, in order to provoke Mercedes into stopping Hamilton to cover.

Verstappen exited the pits only just ahead of Raikkonen. This forced Verstappen to push the tyres on the outlap, which may have cost him later in the race. 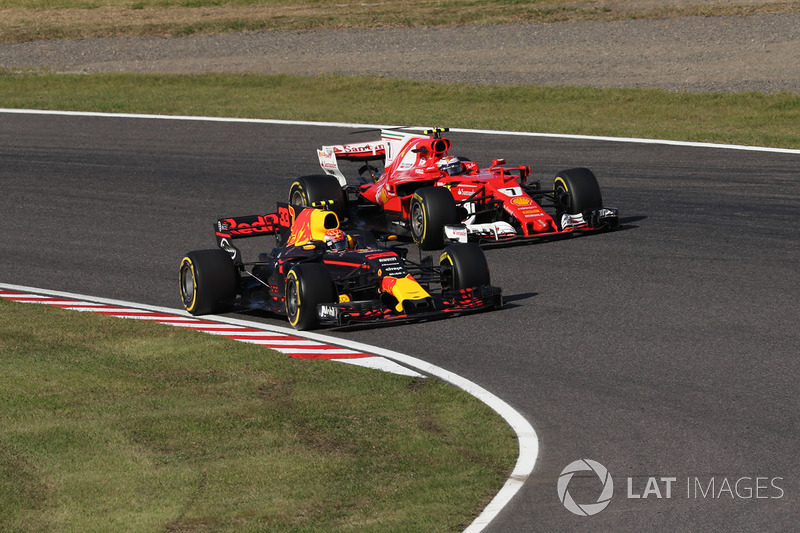 Hamilton had to stop the following lap, leaving 31 laps to go to the flag. His supersofts still had life in them; in a race where he was not under pressure he would have gone on to Lap 26, which would have given a more even balance to the stints.

Mercedes was under pressure, but had another piece to play in the chess game; Valtteri Bottas was on a similar strategy to Raikkonen, having taken a five-place grid penalty. He was left out for a couple of laps once Hamilton had passed him on Lap 28, to hold Verstappen, in order to create a breathing space for Hamilton.

The judgement now was how long to leave Bottas out in order for his new supersoft tyres to be in perfect shape for attacking Ricciardo at the end for the podium. 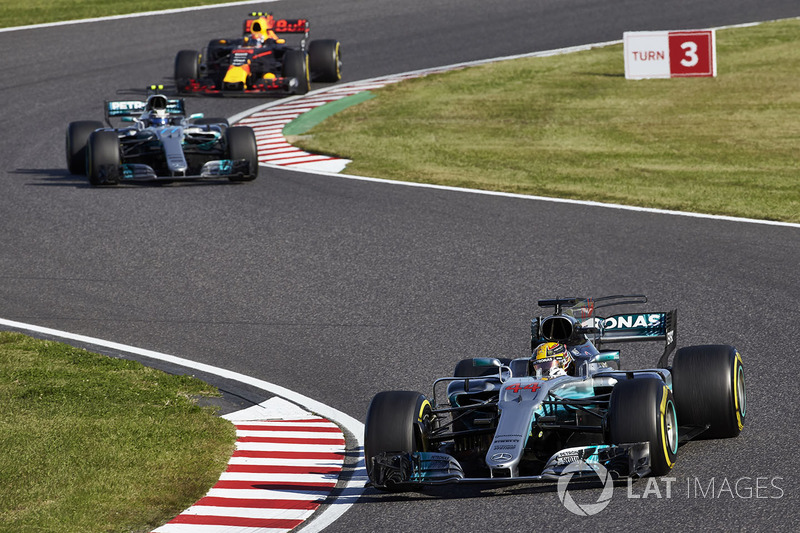 The problem for Bottas is that he lost two seconds of race time in the process of letting Hamilton through and spent two extra laps in the 1m35s compared to the 1m33s he was able to do on supersofts after his stop.

The consequence was that he didn’t have quite enough time on the supersoft tyre set to catch Ricciardo.

Raikkonen was a distant fifth, and didn’t seem to have the underlying pace in the car that we have seen of late from Ferrari. It wasn’t fuel and it wasn’t that the engine was turned down particularly after the recent reliability issues.

In Malaysia one could say with some certainty that had Raikkonen or Vettel had a clean weekend they could have won the race. In Suzuka that is less clear-cut, judging by the pace deficit Raikkonen had to Hamilton coming through the field. 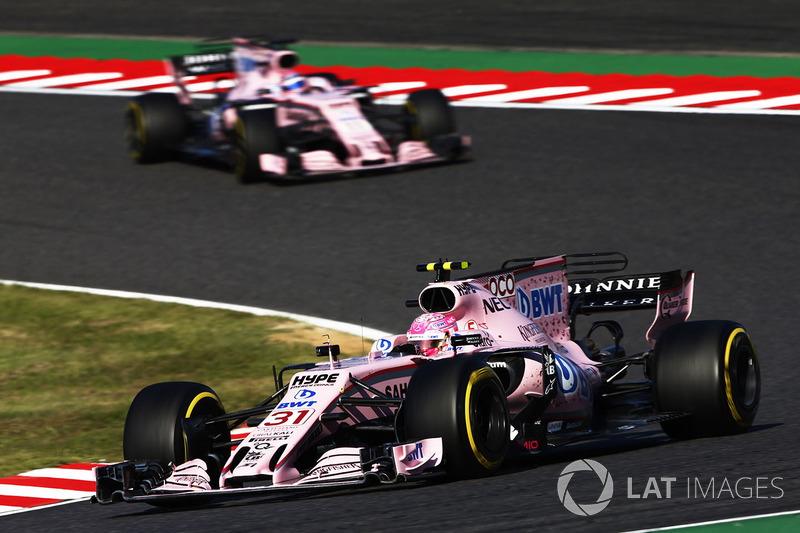 Both Force India and Haas F1 teams imposed team orders on their drivers, refusing requests from the supposedly senior driver in each team to be allowed through. Both teams got away with it because of other drivers’ outcomes, so there was no controversy, but it is worth examining.

Force India had warned their drivers that they would not tolerate any more collisions; Esteban Ocon had a better qualifying and a better start than his teammate and was a contender in the early stages. Sergio Perez caught him and requested to be allowed to pass.

The team refused to allow it, but in this case the result would not have changed if they had done so. And so Perez was able to accept the decision. 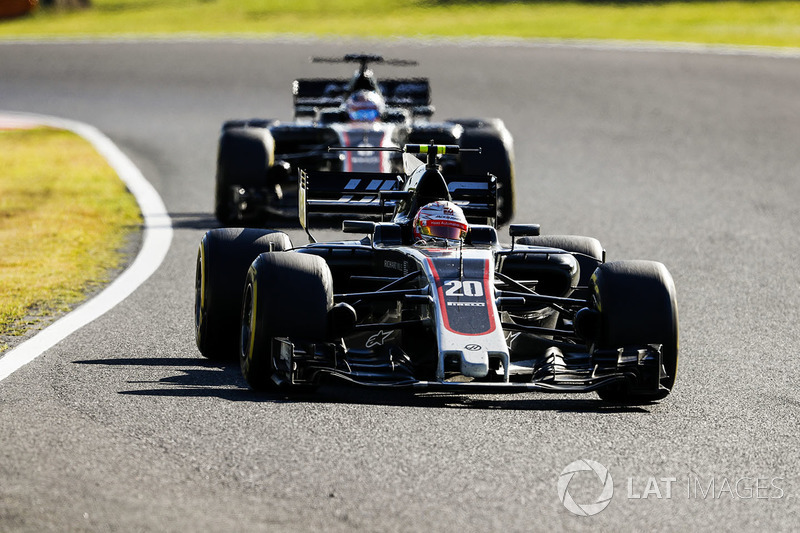 At Haas it was more finely balanced. There was a queue of cars behind eighth placed Felipe Massa, who was struggling on his tyres. The danger man for Haas was Nico Hulkenberg, who had run an extremely long first stint on softs and who stopped on Lap 38 for supersofts. He would be catching quickly and had Massa’s position in his sights.

Romain Grosjean was on tyres that were four laps fresher than teammate Kevin Magnussen’s and he wanted to be allowed through to attack Massa.

The team declined to swap. Fortunately for them Hulkenberg had to retire soon afterwards, with his DRS wing stuck open, and both Magnussen and Grosjean cleared Massa for a decent afternoon’s work for Haas in eighth and ninth places.

The UBS Race Strategy Report is written by James Allen with input and data from several of the leading teams’ strategists and from Pirelli.

Intended to show the relative performance of the cars and the gaps between them. Upward curve is positive. Lap time and gaps down the vertical axis, lap number on the horizontal. 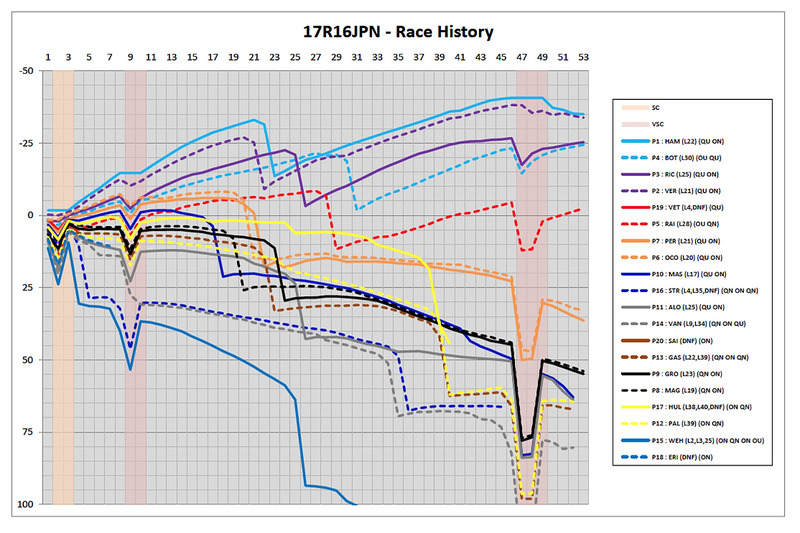 Look at the pace (above) of Raikkonen in the second stint compared to Bottas on the same strategy or Hamilton who is managing his tyres.

Look also at how close Verstappen comes to getting stuck behind Raikkonen on Lap 22, which would have blown his challenge for the win.

After the final VSC Hamilton’s pace declines steeply as his tyres are on the limit, but he holds on. 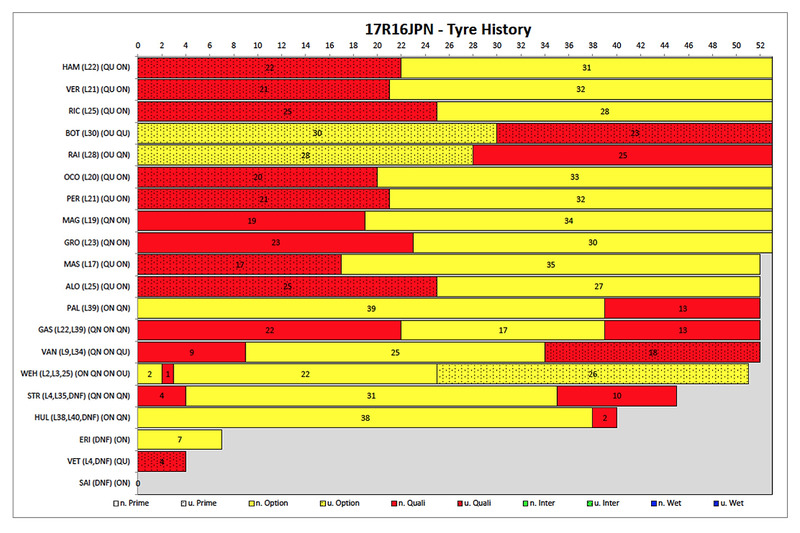 French GP practice as it happened