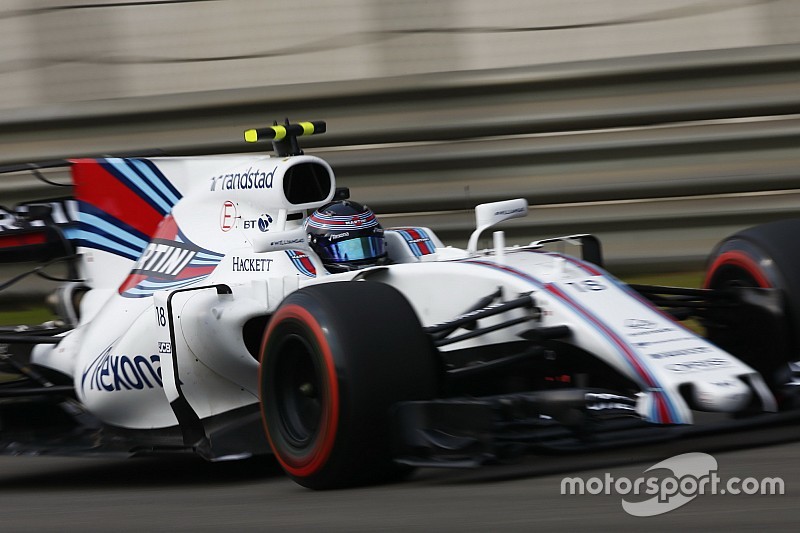 Williams Formula 1 rookie Lance Stroll believes his Q3 appearance in China was “huge” for his confidence after a difficult debut in Australia.

Stroll qualified on the back row for the Melbourne season opener after crashing in third practice, and retired from the race with a brake problem.

He then made it to the final segment of qualifying in China – and while an opening-lap crash with Sergio Perez means the Canadian is still chasing his first finish in F1, Stroll believes his Q3 appearance is a big boost.

“I think that was huge for me,” Stroll said on Thursday in Bahrain. “It was really just a breakthrough, even with the issues everyone had on Friday, with no running.

“Never been to China before, only getting a few laps before qualy in FP3 - and then getting right into it and getting to Q3, qualifying 10th, I think that was huge for me.

“Having a good session was obviously very important for many things - confidence, and [it is] just good to pull it all together.”

Stroll reiterated his belief that a switch to lighter power steering between Australia and China had a big impact on his form, saying: “It's just one of those things - Formula 1 is still new to me, it's all part of understanding what you want, what you like, and sometimes it takes a race for that.

“And it's good that in Australia, at least we got that out of the way, the heavy wheel is not for me in Formula 1.”

Not frustrated with Perez

Neither Perez nor Stroll were penalised for their opening-lap contact in China – and while the Canadian's race ended in the gravel as a result, he reckons the stewards correctly identified the clash as a “racing incident”.

He said: “I didn't finish the race, and that's what I'm disappointed about, not about what exactly caused that.

“I looked at the video, it was just one of those things that happen, a racing incident. There's no reason to really go into depth about it.

“I'm not frustrated about, you know, Sergio or this or that, I'm just frustrated that, obviously, I didn't finish the race. I'm totally over it now, I'm just moving on to Bahrain.”