Stroll hit with penalty for holding up Perez 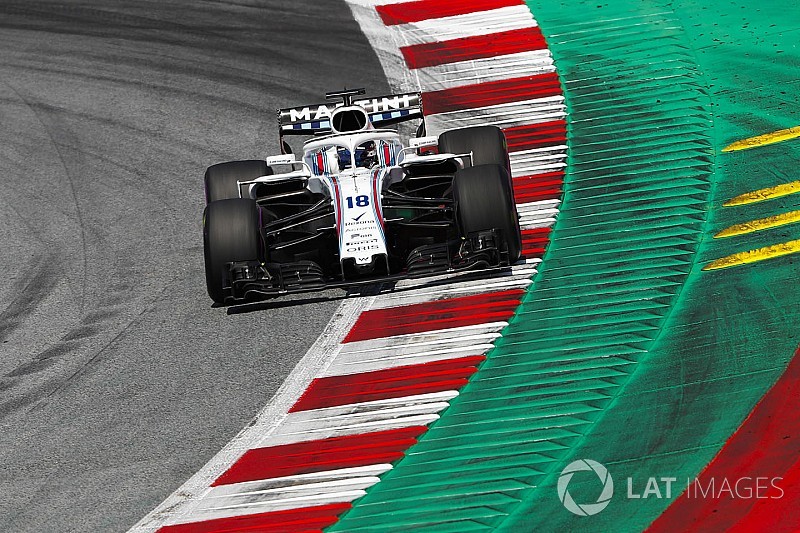 Lance Stroll has been docked 10 seconds in the Austrian GP results and given three penalty points for failing to obey blue flags when running ahead of Sergio Perez in the closing laps.

The time penalty meant that Stroll traded 13th place with his Williams teammate Sergey Sirotkin, who had been behind him on the road.

Stroll made a pitstop for fresh tyres with just four laps of the race to run, and came out ahead of Perez.

The team told him to try and remain unlapped by the Force India driver, and by attempting to do so he ignored the blue flag signals.

"Lance went quite a long time without moving over, but he was on new tyres as well," said race director Charlie Whiting.

"One can understand that, but I think he should have moved over."

The FIA stewards took a dim view of the Canadian's decision to prioritise the request from the team over his obligation to let a potentially faster car past.

In their verdict they stated: "The driver of car 18 admitted he had seen the blue flags, light panels and the light on his steering wheel.

"He stated his team had told him to attempt to un-lap himself but had not advised him to let car 11 pass until almost one lap of flags and lights had been displayed to him.

"The reason for awarding 3 penalty points is that the issue of blue flags was specifically raised at the Friday night drivers' briefing and confirmed in the Race Directors notes, in particular the requirement to allow the following car to pass 'at the first available opportunity.'

"In this instance the driver decided to give priority to the team instruction (to un-lap himself) over the regulations and the race directors specific instructions (regarding the blue flag procedure)."

Whiting acknowledged that there as an issue with the blue flag signal in Pierre Gasly's car, but it was only related to the Toro Rosso driver, and was not an issue with automated FIA system.

"It was only Gasly. And there was a problem with, there's a connection on the car seemed to have failed, so we were doing it manually.

"Once we realised that was what happened, we could do it manually still rely on the automatic system which we have at the moment. It was a problem on the car."