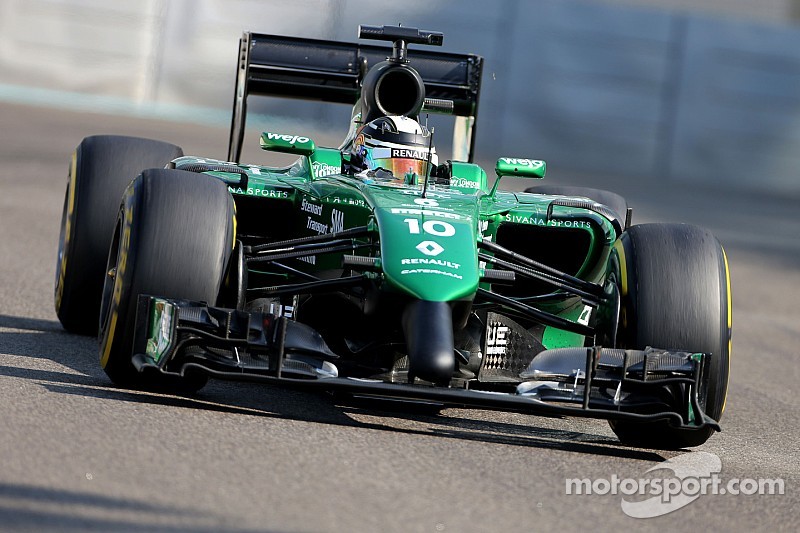 The back marker teams are still uncertain as to what will come of them.

Less than a month before official winter testing begins, the future of the ailing backmarkers Marussia and Caterham remains unclear.

Marussia's administrators have auctioned team equipment, and the factory at Banbury could even be sold to the new American team for 2016, HaasF1.

That is to pay back a long list of creditors, with Forbes journalist Christian Sylt saying even staff are still owed more than $72,000 in pay.

But administrator Geoff Rowley insists there "continues to be dialogue with a number of parties who are considering making an investment into the company".

To date, however, Rowley admitted that "no satisfactory offer or strategy has been offered to presently allow racing to continue". Sylt concluded that it is "unlikely" Marussia's redundant staff will be returning to work.

Meanwhile, Caterham's administrators have in the past days and weeks sounded more bullish about the future of the Leafield based team.

But the Finnish newspaper Turun Sanomat reports that a significant percentage of the team staff have in fact already moved on, for example to jobs at Williams and Lotus, who are also both based in Oxfordshire.

Finally, Switzerland's Blick reports that Sauber is also fighting for survival, helped by the three drivers for 2015 who are bringing a collective $50 million to Hinwil for 2015.

Benoit wrote: "Actually, Ferrari had also planned to promote Jules Bianchi from Marussia to Sauber for 2015."