Apr.9 (GMM) A Formula One team boss has admitted he hopes the forthcoming Bahrain Grand Prix is called off. 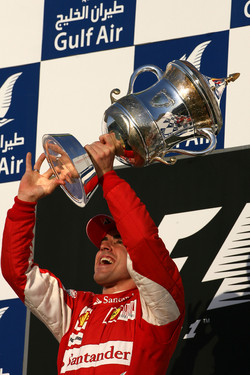 The Times newspaper is reporting that every team is devising contingency plans for the possibility that this month's race in the troubled island Kingdom might not go ahead.

"I feel very uncomfortable about going to Bahrain," one team boss, described as a "leading" member of the F1 paddock and with representative views, told the Guardian.

"We're all hoping the FIA calls it off," he admitted.

"It seems to me that while there has been some political progress in Bahrain they're not quite ready. The best thing would be for the race to be postponed until later in the year, or even cancelled."

Ultimately, the decision will be made by the FIA, and a spokesman for the governing body has now admitted it is "constantly monitoring and evaluating the situation" in Bahrain.

Interestingly, the Guardian said FIA president Jean Todt will be in China this weekend. The teams are currently scheduled to travel directly from China to Bahrain for the second leg of a back-to-back double header.

"The FIA and Bernie (Ecclestone) have never shown any doubts about our race," he told The National.

"I do see there is fear, but I just wish such people would listen to those who have the information -- maybe not us, because we as a circuit are perhaps not perceived as an objective voice, but there are other people who know the region and know the situation and they are saying that this race should go ahead."