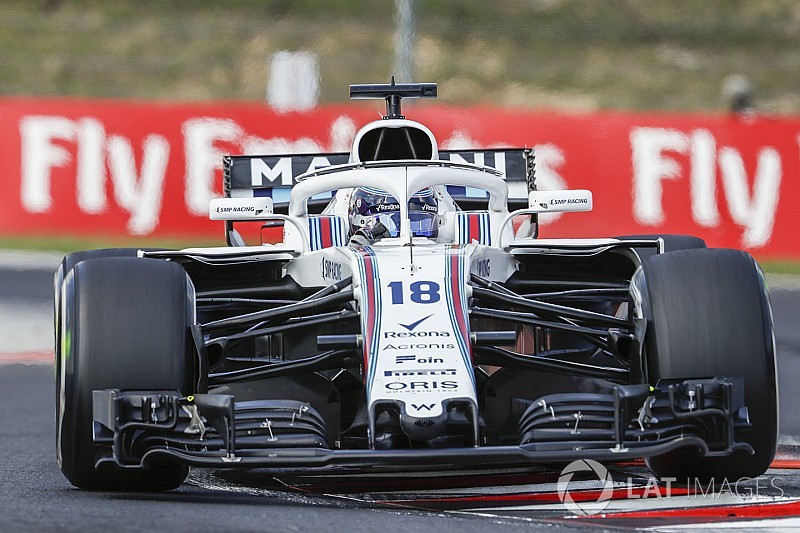 Williams is preparing to trial an experimental version of Formula 1's new 2019 front wings this week in Hungary.

F1 is introducing new front wing rules for next season in a bid to improve overtaking.

The wing will need to be 200mm wider and 25mm deeper than this season, while complicated upper flaps and endplates will be eradicated.

Williams and Force India have confirmed their intent to run a new wing this week's two-day test at the Hungaroring.

If 2019 parts are trialled in the test, which starts tomorrow (Tuesday) and ends Wednesday, it will provide the first chance to see one of the new designs in action, even if it is only experimental.

Williams chief technical officer Paddy Lowe confirmed it would be trialling development parts in the test and said it would "probably" run a 2019 wing.

"I think everyone else will probably be doing similar things," said Lowe. "We'll be doing some experiments around next year's rules.

"It's the last opportunity in certain areas to do that because it's you can't run a car to a different ruleset on Fridays."

Lowe said, when asked by Motorsport.com, that the priority was to correlate the work at the factory to the real word.

Force India expressed its intention to use the Hungary test to trial some 2019 parts earlier this month in Germany.

A photo of a 2019 Force India front wing design has already circulated on social media.

Andrew Green, technical director of the team that went into administration last week, said at Hockenheim: "We'll be testing some parts in the week after Hungary, to confirm the direction that we are going in and the changes to the car that these regulations make.

"The front wing is key to everything that gets set up further down the car, so changing that is a big step.

"So, we want to make sure we are developing in the right direction, so we are bringing parts after Hungary just to confirm that."

Not all teams are in a position to trial experimental designs.

Renault's technical director in charge of chassis Nick Chester said the manufacturer is evaluating designs but not ready to have one on track.

"We're looking at them already, we've had some in the tunnel, but we're a fair way off making one," he said.

"Those concepts are still developing quite quick so I think it'd be way too early for us."

Did Bottas really deserve a penalty in the Hungarian GP? – video