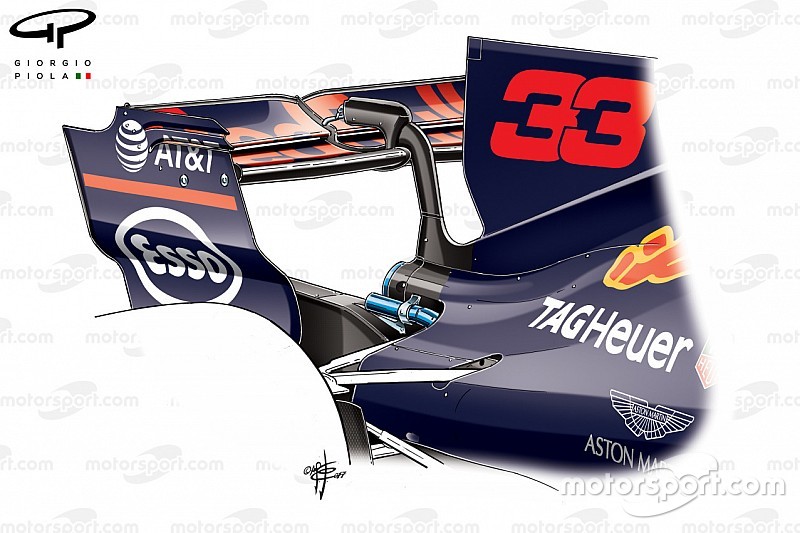 Red Bull was always unlikely to be the team to beat in the Belgian GP, but a number of set-up tweaks allowed it make the most of a chance to score a surprise Spa podium.

Red Bull may have an extremely sorted chassis, but even with the designers compromising it to counter the power unit deficiencies, the team is still somewhat adrift of the leading duo.

Spa’s long straights were always going to cause the Milton Keynes-based operation a few headaches, so it set about enacting a plan that would attempt to put the RB13 on the coattails of its rivals, even if a direct battle might be out of their reach.

Friday practice was like any other for Red Bull when it comes to Spa, as the team evaluated the extremely low-downforce rear wing that’ll be used for Monza. 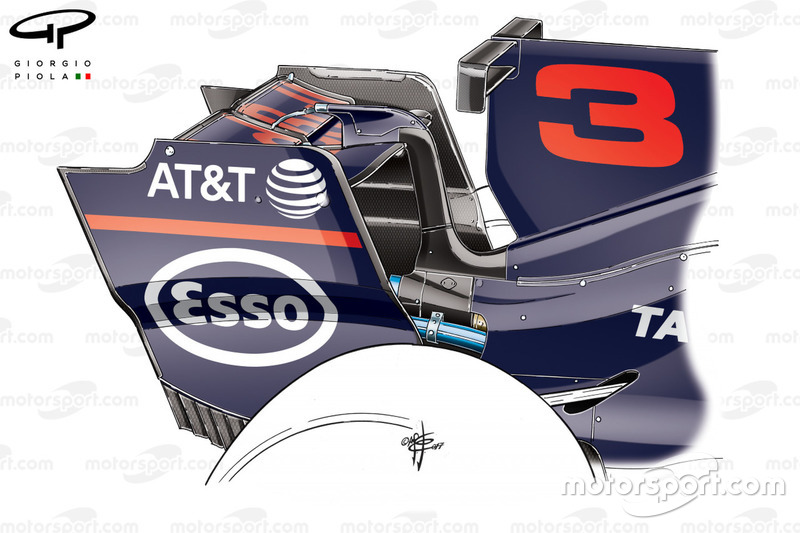 It’s something Red Bull has done for a number of years now as it gives the team the opportunity to test the wing ahead of the Italian GP and make sure the on-track data correlates with what was expected when it was designed at the factory.

The wing, tested by Daniel Ricciardo, features a very low angle of attack and is devoid of the louvres ordinarily found in the upper front quarter of the endplates.

The team established quite quickly that the gains made on the longer straights in sector one didn’t offer enough of a gain to overcome the downforce and time lost in sector two and abandoned the efforts, focusing on the set-up that Max Verstappen had already started working on. 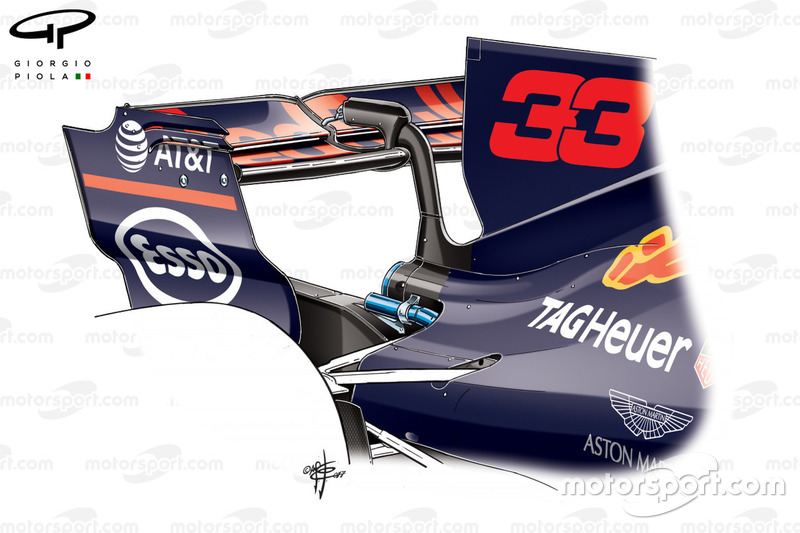 The rear wing set-up was akin to that used by the team in Baku, albeit with the angle of the top flap and mainplane altered to suit the circuit's demands.

The main difference was the removal of the T-wing, first introduced at Monaco and run ever since.

It seems the team was looking to reduce the amount of downforce being generated and, perhaps more importantly, alter the rear wing tip vortex, of which it appears to have some command over.

Reducing the level of downforce at the rear of the car is one thing but it’s all for nought if it isn’t balanced by the choices made at the front of the car.

In Red Bull’s case, as has often been the case, this leads to some ad-hoc trimming of the front wing's upper flap, as the drivers establish just how much load they want taken off the front axle.

This is in part because the drivers already have most of the wing angle cranked out for Spa, but also because Red Bull's wing design heavily dictates the performance of the Y250 vortex - due to their tip design, as altering the angle or removing the top flap entirely, as some other teams do, would be detrimental to the performance of the vortex.

Similarly, unlike several other teams, Red Bull hasn't compartmentalised the outer section of the front wing, meaning it can’t heavily adjust the surface angles, as this would destroy the performance of other surfaces downstream that are affected by the tyre's wake.

You’ll see from the animation that the Red Bull drivers had very different levels of comfort when it came to their front wing flap, as Ricciardo’s flap was cut back much more significantly than Verstappen’s.

Also worth noting was the return of the vertical endplate slot which the team introduced in Canada and ran in every race since - except at Silverstone, where it had returned to a more conventional design.