Williams is making a concerted effort to re-establish its foothold in the championship, with the team focused on improving its low-speed performance as several new parts arrived in Bahrain. Giorgio Piola and Matt Somerfield analyse the updates.

Having already adopted what we term a 'short nose' throughout 2015, Williams has continued to push development in this area of the car for 2016. Pushing deadlines to the limit a new nose arrived in Bahrain overnight but, only Felipe Massa will have access to it, with more parts scheduled to arrive in China. 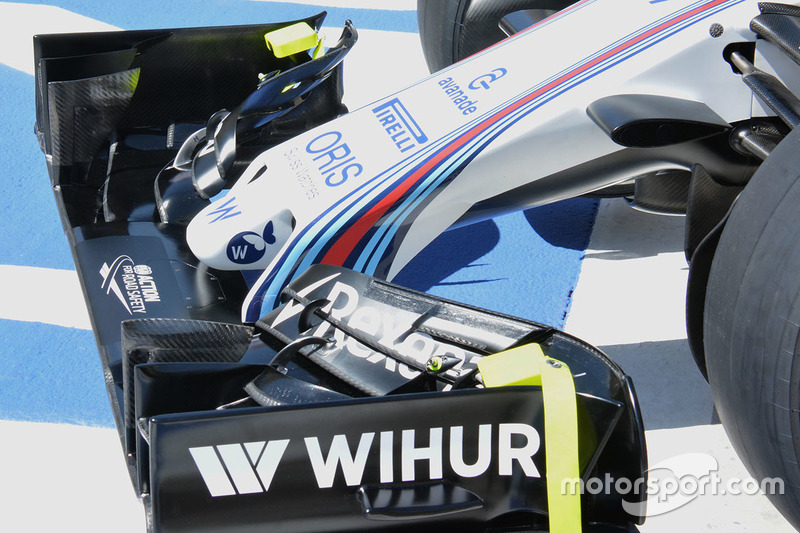 The new nose sees the nose tip moved back slightly over the neutral section (around 5cms), whilst the nose pillars have been reshaped so that they lean back to meet the nose further back, increasing the gap for air to move through. As is the current trend, the pillars are mounted as far back on the neutral section as possible.

These changes are focused on improving flow under the nose and more importantly the pressure placement around the neutral section of the mainplane. Think of it like the nose casting a shadow over the mainplanes neutral section, where it's cast depends on how these components and the ones downstream perform.

The shortening of the nose tip may have led to the increase in height either side of the nose but the crash test requirements have likely led to the slightly more bulbous shaping. 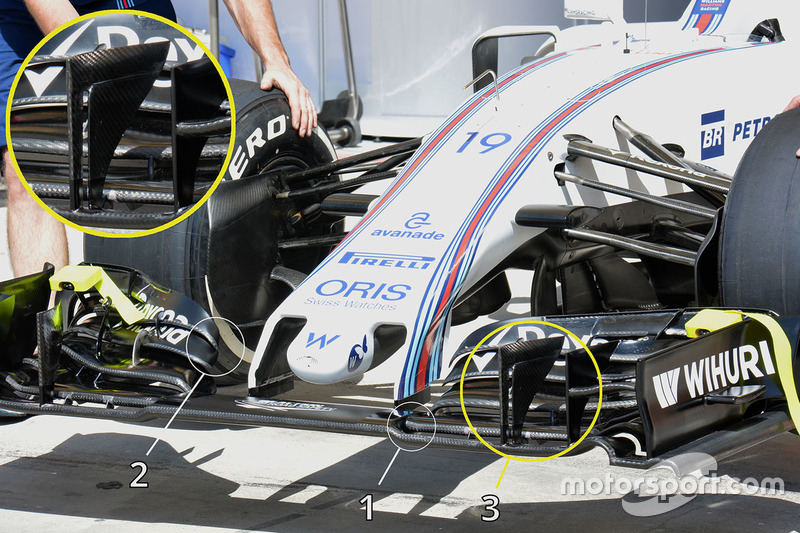 Aside from the nose changes, the front wing has also been treated to several amendments. Firstly the flapped sections juncture with the neutral section has been amended [1], which will result in a change to the Y250 vortex, hopefully improving performance along the cars centreline.

The inboard edge of the flaps [2] have also been revised, now turning over, rather than simply terminating in a point. This will have an effect on the Y250 vortex and has clearly been amended in tandem with the aforementioned mainplane juncture.

The 'r' cascade [3] is new and now features two sections which will increase its operating window, which should improve how it helps in turning airflow around the front tyre. 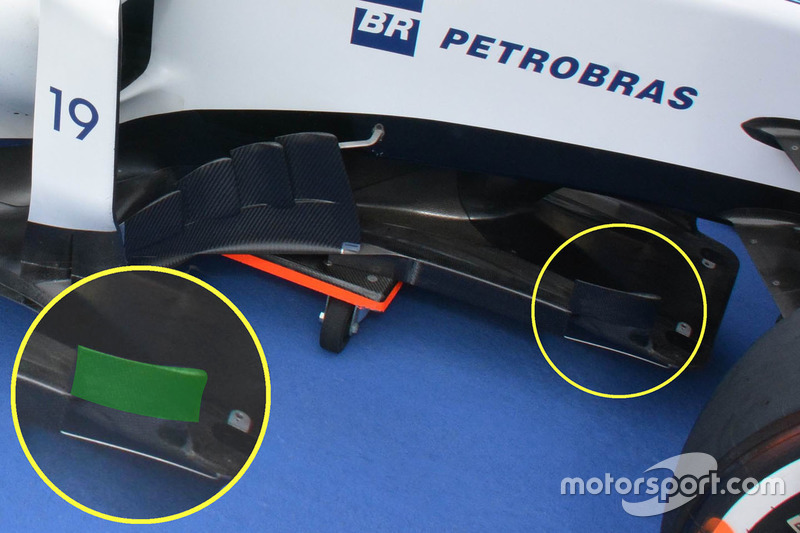 Williams made changes to its splitter before the race weekend got underway, with both cars featuring taller vertical fins on the front edge of the splitter, which have also been turned outward to promote the direction of the airflow around the bargeboards and sidepod undercut, whilst affecting how the airflow rolls up in the splitters outer channel, as they look to improve the diffusers performance. 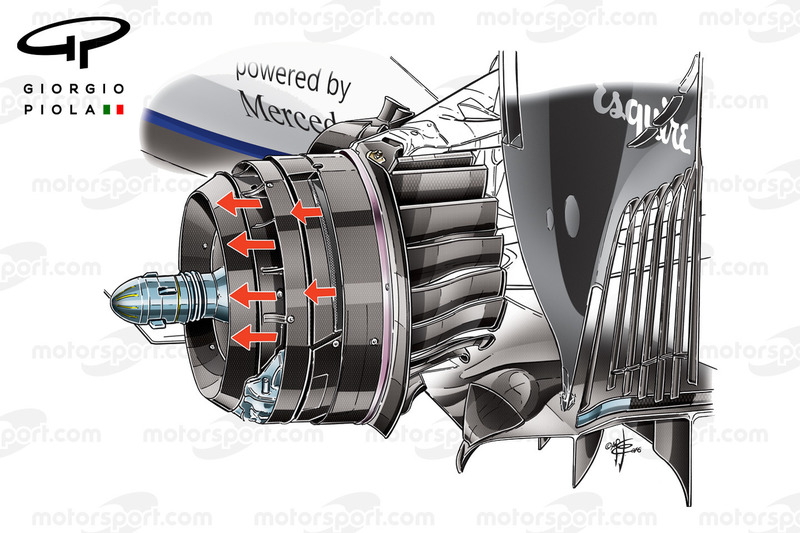 Observed in Australia, Williams has made significant alterations to its rear brake duct in 2016.

The treatment of the airflow once used by the brakes is radically different, with several apertures placed around the cake tins radius, expelling the now hot air out of the wheels face and away from critical flow structures such as those used by the diffuser.

Whilst it remains to be seen if they have resolved their low speed issues or what underlying race pace Williams have, it is clear to see that they are prepared to try things their way, with some of the solutions featured on the FW38 in contrast to the other lead teams.