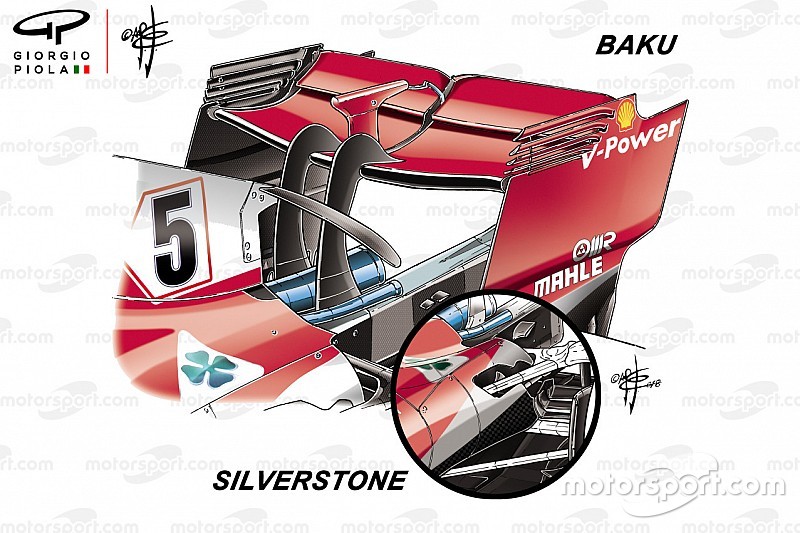 The British Grand Prix was a major test for Ferrari's in-season development, and the Scuderia passed - running Mercedes closer than expected over one lap and winning the race.

Just a week after a major update at Mercedes helped the German car manufacturer deliver a pace change in Austria, Ferrari’s own developments appeared to make the difference at Silverstone.

The high-speed track has traditionally been the perfect stomping ground for Mercedes, but the tweaks to Ferrari’s floor delivered a step up in speed that made a big difference.

Here, Giorgio Piola and Matt Somerfield look at the tweaks in detail. 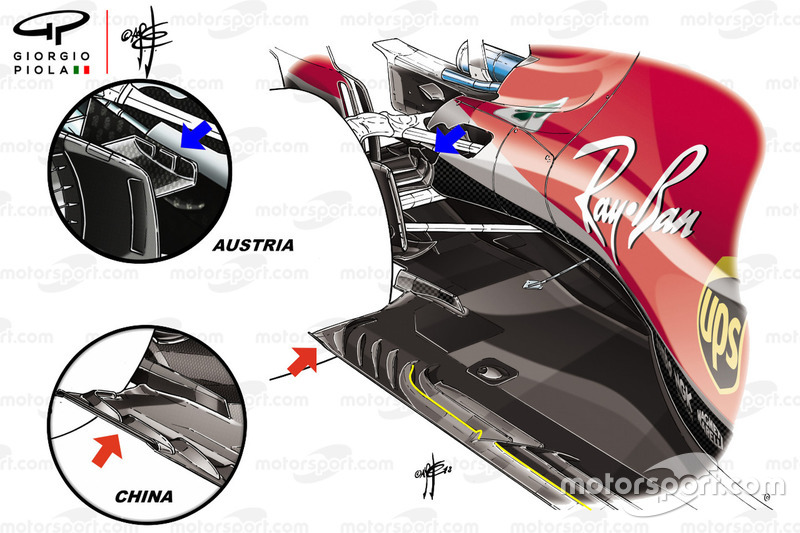 The long gill-like holes in the SF71H’s floor have been updated, as an extra hole was introduced that reached right back and around to the angled holes ahead of the rear tyre (highlighted in yellow).

To compensate for the arrival of the extra long gill ahead of them the angled holes have also been adjusted too.

Meanwhile, the flap on the edge of the floor introduced earlier in the season (inset, red arrow) has been discarded and replaced by a simple upturn on the floors edge (red arrow).

The serrated winglet on the upper leading corner of the rear brake duct (inset, blue arrow) was also attended to as part of this update, as the serrations have become full blown slots (blue arrow), working the airflow over the surface harder. 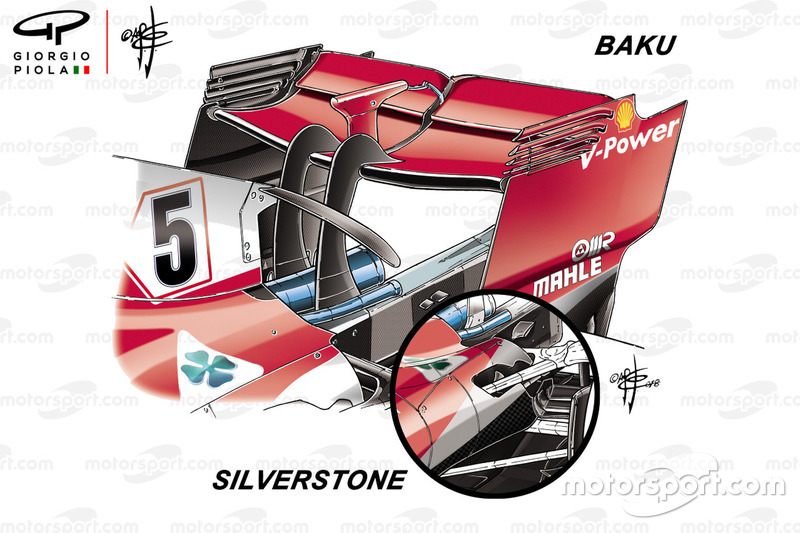 As part of its quest to deliver a strong all-round contender for Silverstone’s characteristics, Ferrari also decided to run its spoon-shaped rear wing, trading some downforce for drag reduction.

Eyeing the airflow interaction between the hot air exiting the engine cover below and the underside of the rear wing as a potential pitfall, the team opted to run an outlet with a valley in the central section (inset).

It’s a design decision that championship rival Mercedes has been doing too when it has run a spoon wing, as it too looks to improve flow consistency.

It is important to realise though that Ferrari’s success is not down to a single update, but the fact it has been able to constantly develop the car throughout 2018.

In our latest 3D animation we take a look back at some of the recent design decisions that have helped Ferrari in its bid to win both drivers’ and constructors’ championships.