Decades before the Spanish Grand Prix found a permanent home in Montmelo, Barcelona’s daunting Montjuic street circuit was one of the most feared venues on the Formula 1 calendar. 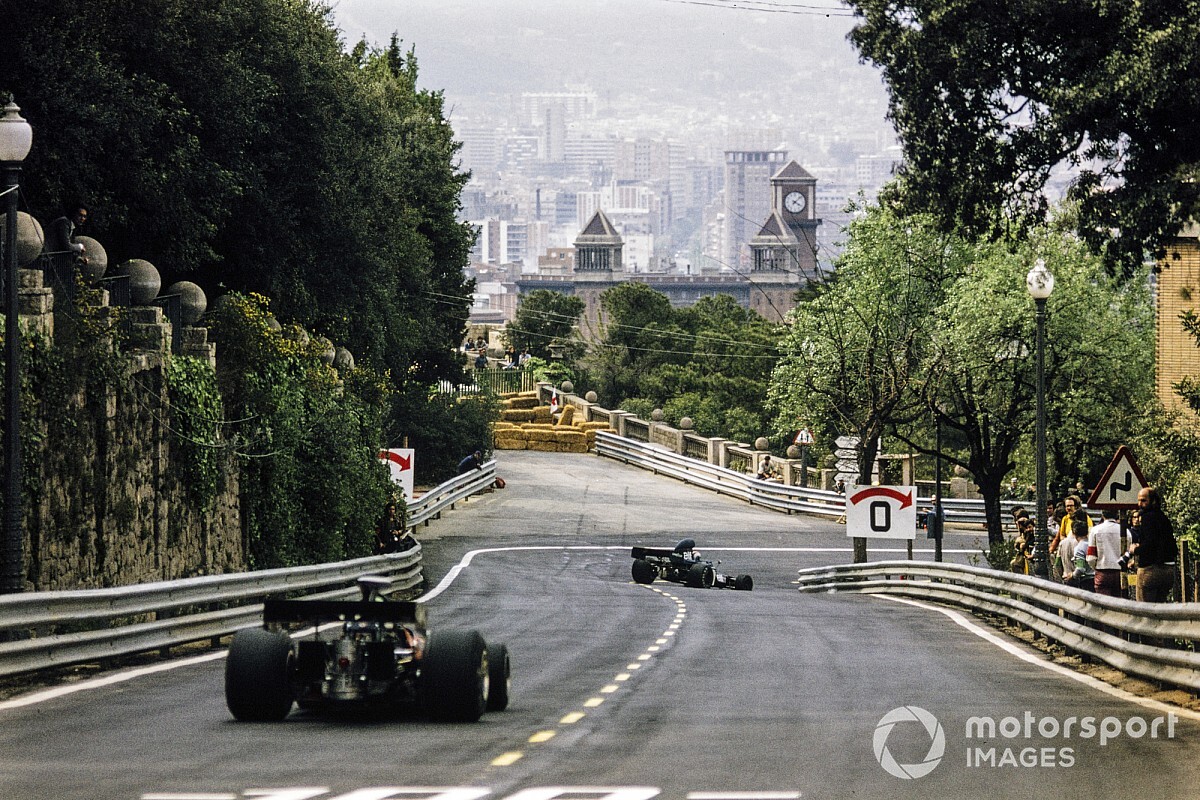 Montmelo’s Circuit de Catalunya was constructed as part of the 1992 Barcelona Olympics. The newly-built circuit 30 minutes outside Barcelona would host the cycling team time trial event, but was conceived with a long-term goal in mind to bring Formula 1 back to the Catalan metropole.

Fittingly, many actual Olympic venues were constructed on the site of Barcelona’s previous Formula 1 venue: Montjuic.

The iconic hill overlooking the city played a crucial part in several stages of Barcelona’s eventful history. Due to its strategic location, Montjuic was the ideal site for medieval fortifications.

In modern times the hill retained its importance, hosting the 1929 World Fair. In the ‘30s the city prepared an anti-fascist alternative to Adolf Hitler’s 1936 Berlin Olympics, which was cancelled due to the outbreak of the Spanish Civil War.

Between 1933 and 1936 Montjuic also hosted four editions of the Penya Rhin Grand Prix, a race which was irregularly hosted on three different street circuits in different Barcelona suburbs: Villafranca, Montjuic and Pedralbes. In 1936 the celebrated Italian Tazio Nuvolari won the last edition on Montjuic.

After World War II, Barcelona first joined the world championship in 1951 at Pedralbes, but following the 1955 Le Mans disaster, the high-speed street track disappeared from the calendar.

Formula 1 returned to Spain in the sixties. Jarama, a permanent facility outside Madrid, would alternate with the returning Montjuic. 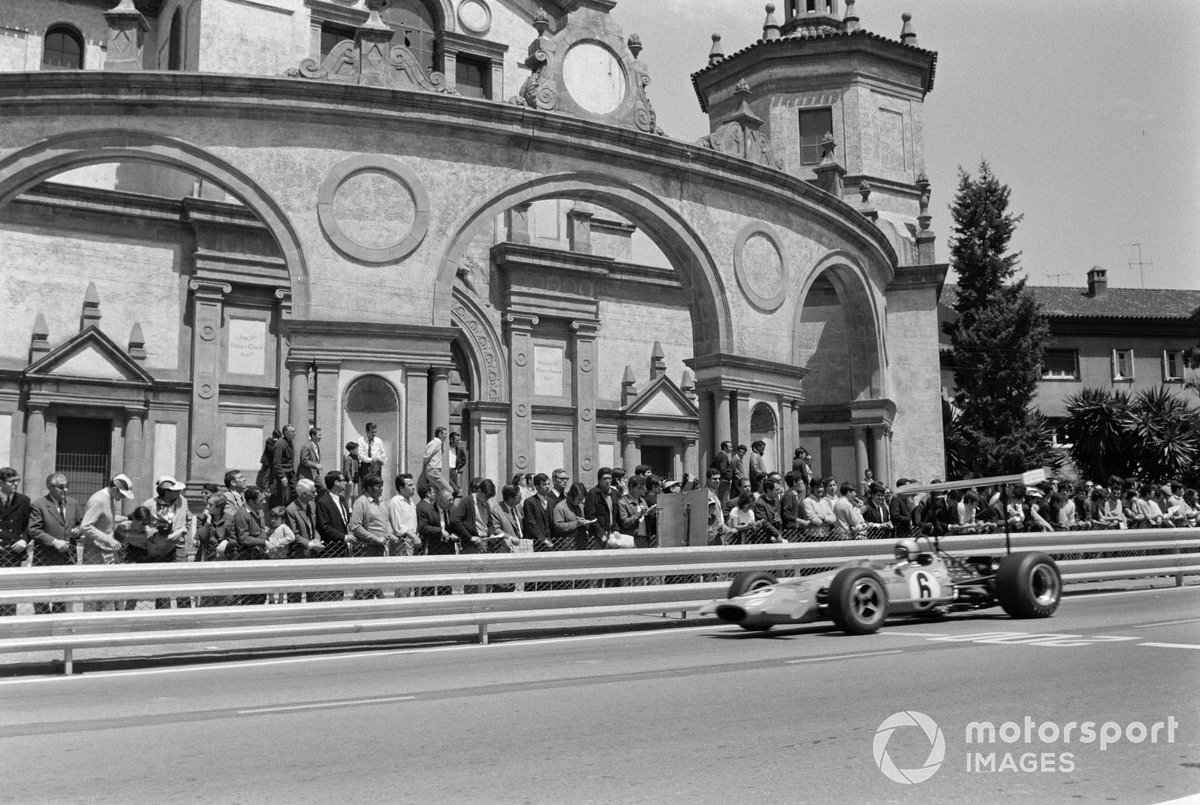 The Montjuic street track was a joy to behold. Meandering its way around the history-infused hill, the 3.79km track connected several iconic locations and breathtaking sights.

The paddock was located at the old Olympic stadium. At the end of an undulating straight, cars would descend down to the famous Magic Fountain, passing the old Greek Theatre and the National Arts Museum. A high-speed loop past the Poble Espanyol open air museum would send them back onto the main straight.

Montjuic was a glorious location for motor racing, featuring changes in altitude and camber reminiscent of Monaco. But it was also dangerous. The final flat-out sector was particularly quick for a street track.

Even more problematic was that run-off was non-existent. The track was lined with trees, only separated from the racing line by makeshift guardrails. 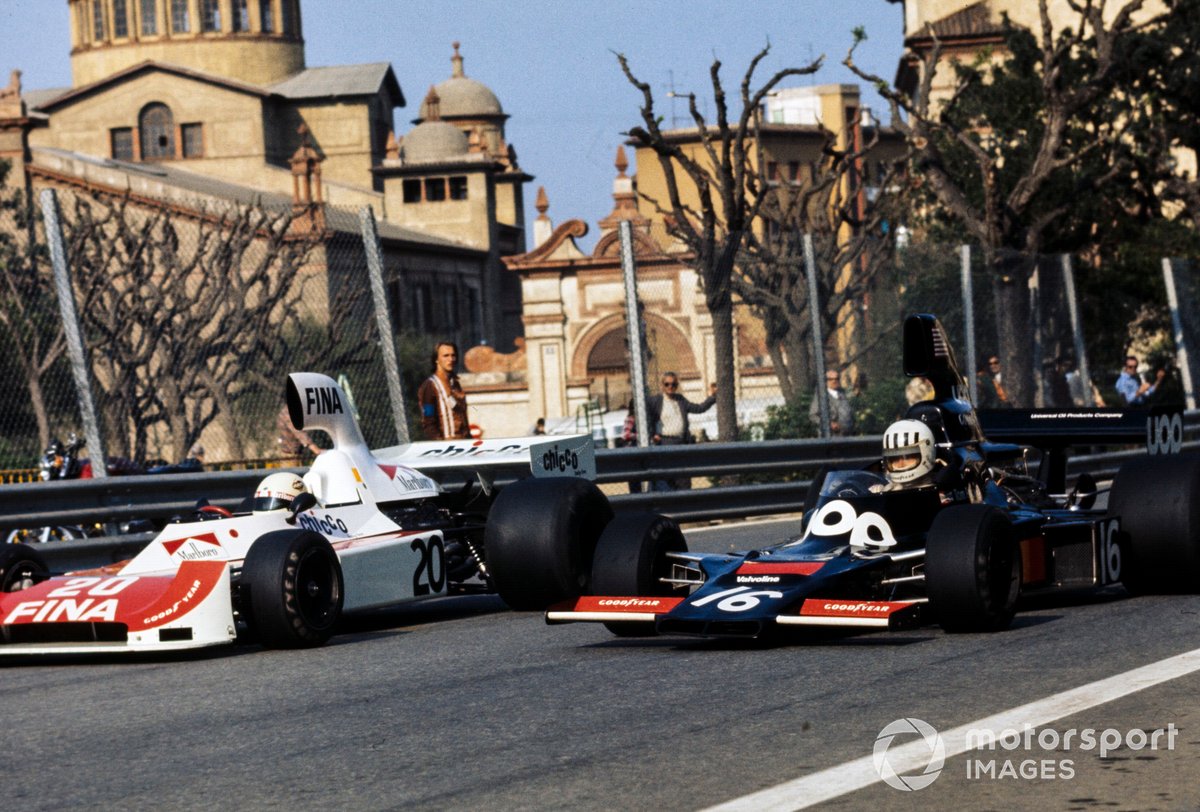 Things came to a head in 1975, when several drivers protested after a track inspection revealed that several parts of the guardrails were not mounted properly.

The gruesome deaths of François Cevert and Helmuth Koinigg - both killed at Watkins Glen in previous years after contact with loose guardrails - were still fresh on people’s minds.

Motorsport authority FISA pressured local organisers into fixing their guardrails, but those fixes too appeared to have been questionable at best. The first Friday practice session was cancelled, while only a handful of drivers made it out for the second session.

Once again, overnight repairs didn’t appear to satisfy the drivers. After three laps on Saturday Emerson Fittipaldi had seen enough. The Brazilian climbed out of his McLaren M23 and left for the airport.

It was a sign of the times that the race went ahead anyway, even without the reigning world champion and despite a negative outcome of a vote among entrants. 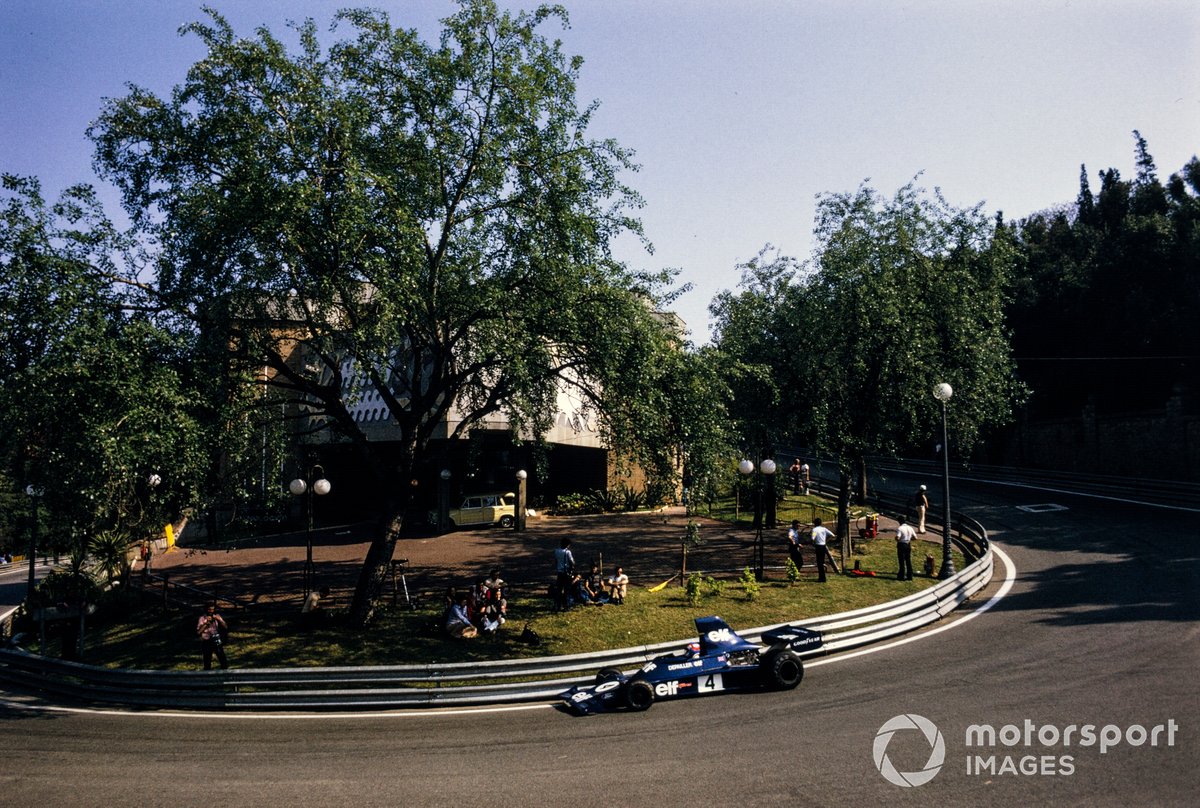 Montjuic's hairpins and cambered turns were reminiscent of Monaco

During the race, the paddock’s worst fears became a reality when Rolf Stommelen lost the rear wing of his Embassy Hill machine and somersaulted over the guardrails. Five spectators, including a photographer and a fireman, were killed.

The tragedy sealed the race's fate and F1 would never return to the winding streets of one of the most daunting venues in its history.

After spells at Jarama and the southern Jerez track, F1 would ultimately come full circle and return to Barcelona in 1991. 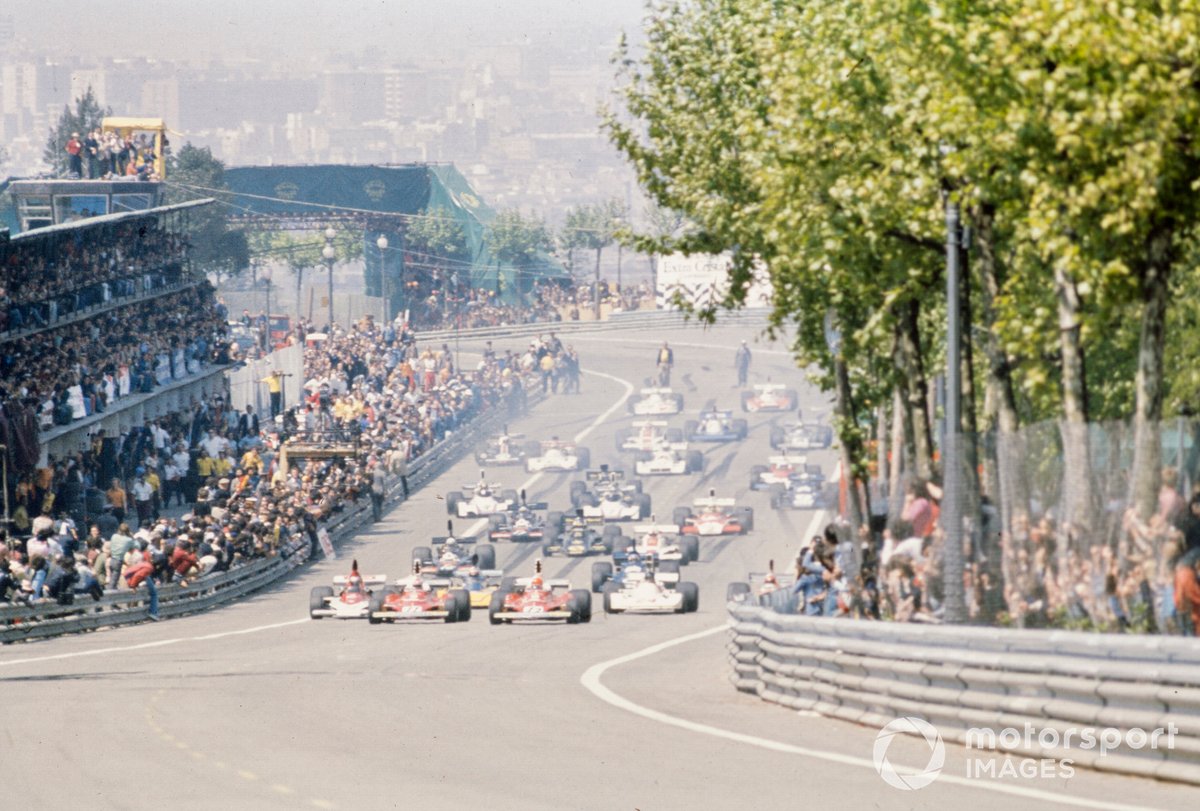 The start of the ill-fated 1975 Spanish Grand Prix