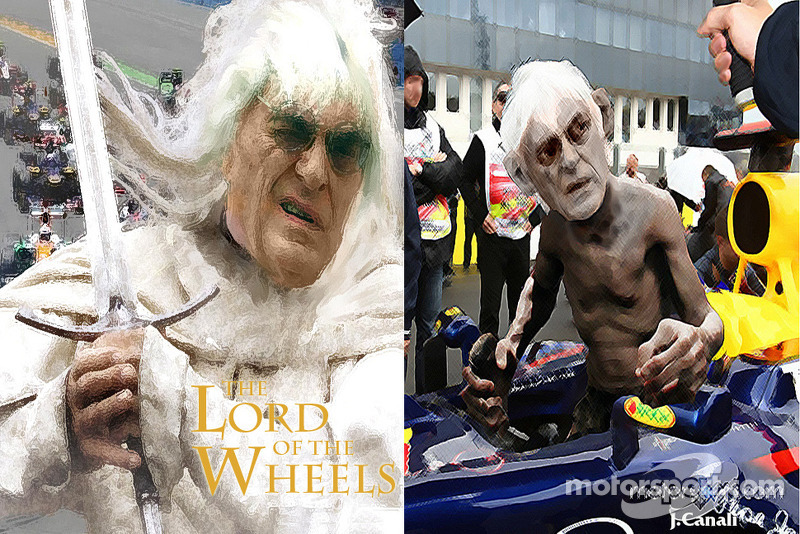 We researched the three themes from the news that generated the most conspiracy theories in the 2012 season of Formula One.

Coming from the world of politics and ideological battles waged on the Internet, conspiracy theories today prowl all professional sports. Often they are also called gossip, hearsay or rumors.

However, as the backdrop for all these conspiracy theories of class sports, we have the perennial suspicion that professional sports are manipulated by big business interests or are affected by large personal passions working margin rules.

These theories are fed by the media and reflected in comments all over the Internet. We found the three themes from the news that generated the most conspiracy theories in the 2012 season of Formula 1.

The citations come from anonymous authors and were found in both social media's underground and much vaunted blogs written in different languages. These are not literal quotations or translations, just an interpretation of what they said. 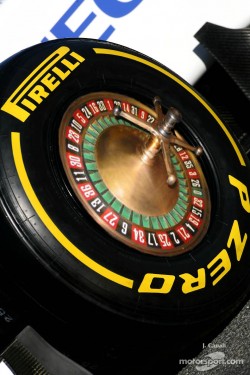 Pirelli Roulette
In the 2012 season the first seven GPs had seven different drivers from five different teams as winners. There was no consistency in the performance of the teams who had just barely won a race and in the next race had a result below expectations.

The interviews from pilots and team members reflected a widespread suspicion that a conspiracy was afoot. The conspiracists' comments on social media were many:

"Pirelli is deciding the outcome of the races handing "tires rewarded" for teams that think they have to win."

"The goal is to end the supremacy of the wealthiest teams, this supremacy which ends with the attractiveness of Formula 1, an event of show business like any other, no longer a sport."

"They - Pirelli - are right; another kind of Schumacher era dominance, this time, with his incarnation, Sebastian Vettel, will end the big business that became the sport ... in other words, multiple winners is needed."

"By causing competitiveness with amazing results, Pirelli are saving the sport."

"Ecclestone knows that only with competitiveness Formula One will again draw attention, and he plans that the company that controls the F1 to go public on the stock exchange in Singapore later this year, so he ordered these tires that wear out like a soap in water.”

"Drivers and teams are unanimous in accusing the tires behave differently to each race. Only a secret plan to control results justifies a tire company risking associating their name with the instability and rapid wear. Tires have to be durable, safe and stable. Pirelli are in this sport to show the good quality of their brand, not to be accused of being unable to deliver a reliable tire...”

The conspiracy rumors about the tire choice were so strong that Pirelli issued a press release explaining how the tires were distributed in total secrecy from its factory in Turkey...

That turned out to be worse because it was not guaranteed that the tires were equal. The system was, in fact, a random methodology that just reinforced the idea of a "lottery".

"So they are getting revenge for having axed the Turkish Grand Prix, ending the credibility of the sport to sabotage the manufacture of tires ..."

"Pirelli is just wanting publicity ... Speak ill of me, since they speak ...”

From the moment the results are polarized around favorite teams, Red Bull, Ferrari and McLaren, fans conformed to the fact that the tires have become as important to the outcome of disputes as the drivers, the aerodynamics and the engines, a kind of new ingredient in Formula One...

Conspiracy theories arise from amazing feats that do not have an easy explanation; Maldonado's victory in the Spanish Grand Prix was something like it. 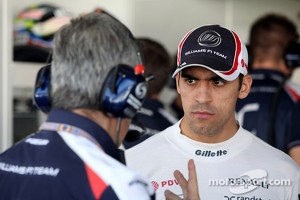 The surprise was not caused by the victory of a team that had not won for a long time, they have not had good performance for many seasons, but, because it was precisely in commemoration of the seventieth anniversary of Sir Frank Williams, founder and owner of the team and great friend of the Formula One boss, Bernie Ecclestone.

To crown all suspicious that positive coincidences arising, shortly after the race there was a fire in boxes at The Circuit of Catalunya in the garage of Williams...

"That was the Spanish GP ... Hugo Chavez, the Venezuelan president all-powerful man who controls everything in his country, including the gigantic state oil company that pays for the seat of Maldonado at Williams, not like the King of Spain, the elephant hunter, who sent him to silence mouth in public amid international conference, scene recorded on video and shown around the world .. He should have paid Ecclestone or Pirelli to make Maldonado to win; he's on his presidential campaign trying his third term of 6 years... A victory for Maldonado in Spain is a great advertisement for his government. Maldonado is a personal friend of Chavez; the two guys are aggressive and angry ...”

"Anyone who believes that the Williams car all of a sudden, can win a Grand Prix without any thing wrong is acting, he must also believe in Santa Claus. I doubt they can repeat the feat in the remaining 13 championship's races. At the maximum they will make some points characteristic of teams vying for midfield ...”

"This is proof of how Ecclestone enriched with the bookmakers in England, he controls the outcome of this circus ... He wanted to please his old friend honoring him with a victory of his bankrupted team ... Must have sent Pirelli a message to deliver “special tires” for Williams put on Maldonado's car, or have advised the team to use some technical advantage outside the regulations as increase the 18,000 rpm allowed, and after sent their own mechanics to burn the garage to erase the traces or evidence of the wrongdoing ... "

"I do not know why Ecclestone has not hired Hulk Hogan to drive cars in F1, then he would make it clear that everything is combined, as in the struggles of wresting on American TV, that still are very successful in Mexico ... and speaking of Mexico ... Perez is one that should be checked to win a race, to the delight of the richest man in the world, its sponsor ... it's all about the money ...”

The fact is that the 2012 season ended without Maldonado repeating the performance he obtained the Spanish GP. Right at the next race in Monaco, a race where the best cars do not always prevail, where one could expect another good performance from Williams, the Venezuelan crashed his car, making the same mistakes that have marked his career. Sergio Perez, cited by conspiracy, managed a third place in Canada and a celebrated second place in Italy, which apparently earned him a place in the mighty McLaren, replacing Lewis Hamilton.

The conspiracists make use of half-truths to build their outlandish theories, not surprising when sometimes they get half-hits.

The saga of Massa... the most bizarre and funniest theories ... - 3rd place

Throughout the first half of the 2012 season, the performance of Brazilian Felipe Massa of Ferrari was far below what one would expect from a Ferrari driver. We cannot say with precision that the Italian team has the most fans, but we can say without fear of error that their fans are the most passionate. 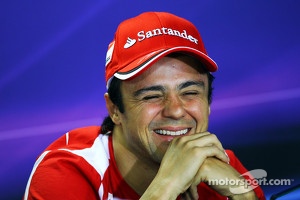 The pressure on Massa from the crowd was immense, including that coming from his own countrymen.

There quickly emerged several pretenders to his place, even drivers who called themselves his friends were shown by the media and/or the desperate "ferraristis", not for next year, but to replace Massa in the same season ... which certainly would mean the early end of his racing career.

Nobody conformed with the fact Massa, allegedly with the same car as Alonso who shone in the first positions of GPs taking place, did not score any points, while the "deluxe second drivers" from other top teams, such as Mark Webber and Jason Button earned victories or punctuated vigorously, contributing to the valuable constructors' championship.

How to explain a points total so weak? Conspiracy theorists soon emerged with several explanations accompanied the professorial convictions that characterize them...

"Ferrari is known not to have developed a good car for the 2012 season; many tests have had to be performed so that the car could have a chance to take Alonso to the championship. With the limitation imposed by the FIA for testing in order to prevent economic power was crucial to the chances of a team, a solution was found that Ferrari transformed Massa into a sort of guinea pig and installed the developments in Alonso's car. Hence, the poor performance of Massa in his Ferrari. "

"Massa has not adapted to the end of the traction control which occurred since 2008, the year he was runner-up in the championship. Since then he survives with fame gained earlier. In the championship that year, with the presence of seven world champions and the new dynamics in the use of tires which equalizes the cars, Massa saw its limitations highlighted. "

"Ferrari has developed its car of 2012 according to the height of Alonso. Although Alonso is a man of short stature, Massa is shorter yet. Because of this Massa is not reaching the right accelerator pedal, but is ashamed to blame the seat adjustment because he has a strong inferiority complex because of his low stature ... So that psychologists give a way into his head he will ask to adjust the seat and become a fast racer again. "

"All who are complaining about the Massa's performance are unaware his overcoming of great problems. Since his accident in 2011, when a nut out of the car of Rubens Barrichello went through his helmet like a bullet hitting him above the left eye out of which he sees almost nothing now. This has been hidden by the driver, of course not to lose his following. This information came to me through a friend of a person who works at Massa’s doctors ...”

Massa admitted he hired a psychologist who helped him return to good form. The official and most widely accepted of what happened with Massa was that his accident recovery was longer than expected, especially under the eyes of impatient fans and media. Ferrari extended their contract with Massa ... But all conspiracy theorists already know:

"Vettel will replace Massa in 2014, probably to try a new Italian-German axis as happened between Ferrari and Schumacher. A plan that aims to demonstrate again the superiority of the Aryan man ... they never give up. "