Reddit weighs in on the most obscure, and possibly not true, facts and figures of the F1 universe.

Interesting notes, facts, and comments have sprung forth from /r/formula1.

According to LevitatingTurtles, "There are 80,000 parts on an F1 car. If the car is 99.99% reliable, there are still 8 parts on the car that will fail." Yet Redditor eidetic later questioned that figure.

"A conventional valve spring can't recover from compression fast enough to keep up with an engine turning at 18,000 rpm, so F1 valves are moved pneumatically." - patrick_j

"For street races like Monaco and Singapore they have to weld shut all the manhole covers otherwise they'd be sucked out from the downforce the cars produce." - gary88 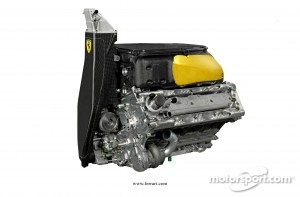 Better make sure the Ferrari powerplant is warmed up before you start it!

"There is an underground parking garage that they fill the entrance with gravel, then pave over it. The pavement is taken back up and the garage reopened every year," recalls pillowmeto

"Only Michael Schumacher and Damon Hill have won consecutive F1 races in the same country." - bouncebackability

"The tolerances of the cylinders and pistons are so tight, that when cold, F1 engines are effectively seized. And that an F1 engine cannot be started until the block is heated to a sufficient temperature that the cylinders walls expand and allow the piston to move freely." - punkrkr27

"Graham Hill is the only driver ever to win the Monaco GP, Indianapolis 500 and take the overall victory at the 24 Hours of Le Mans." - HelmutBerger

Sauber aims for a good result in the German GP