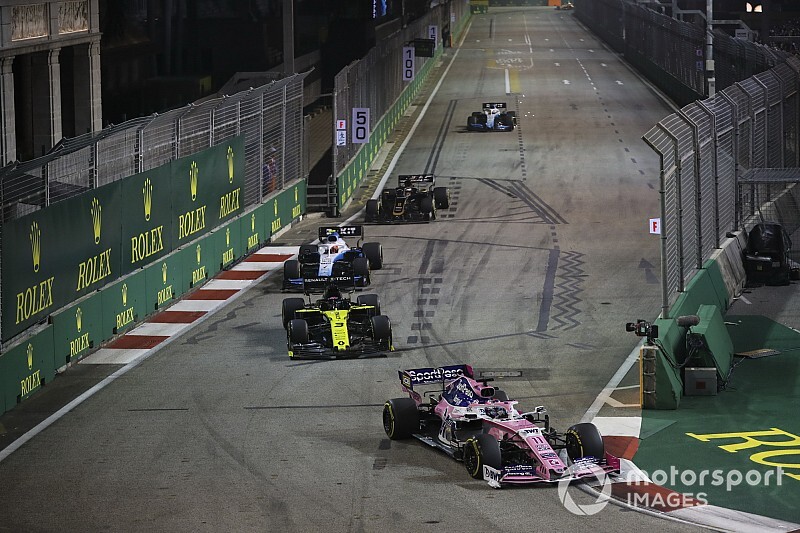 FIA president Jean Todt has played down talk that new teams are ready to join the Formula 1 grid as early as 2021, suggesting he had seen no "solid" contenders good enough to step in.

Although there are no formal plans at present to expand the field beyond the current 10 competitors, there have been rumours suggesting that at least one new team is serious about getting involved.

The Panthera Team Asia outfit, led by Benjamin Durand, ex-managing director of the SMP Racing sportscar operation, has told Motorsport.com that it wants to apply to join in 2021.

But speaking at the Singapore Grand Prix, Todt said that the FIA had not been in contact with any contender that it felt was at a good enough level to warrant the entries being opened.

“At the moment the good thing is we have 10 strong teams which in a way gives a good value to each team, which is important,” explained Todt. “They invest but still they have a strong asset in their hands. Then again it is a question of opportunity.

“At the moment we did not see any application of the level of Haas, for example, which was a new team. There are also possibilities some times like happened with Force India where you had Racing Point deciding to buy the team. So it all depends on the opportunities.

“At the moment we are happy in having ten teams. Time will tell if things will change in the future, knowing that the good figure is between 10 and 12 teams.”

Pushed further on the rumours about specific new teams, which have revolved around Panthera Asia, Todt replied: “I will be careful. I don’t consider talks or gossip or things like that. I am concrete.

"At the moment I never heard, apart from some website talking about new teams, I never had any strong contact from a relevant solid team wishing to join F1.”

Last month, F1 managing director of motorsport Ross Brawn suggested it would be wrong for the sport to open up for new teams before the new 2021 rules had been settled.

“We must learn from history, so many small teams came and went, and didn't really add to F1,” he said. "So I think we have to stabilise what we're introducing in 2021 and look at whether there is an opportunity for new teams."

Russian GP: All the winners since 2014