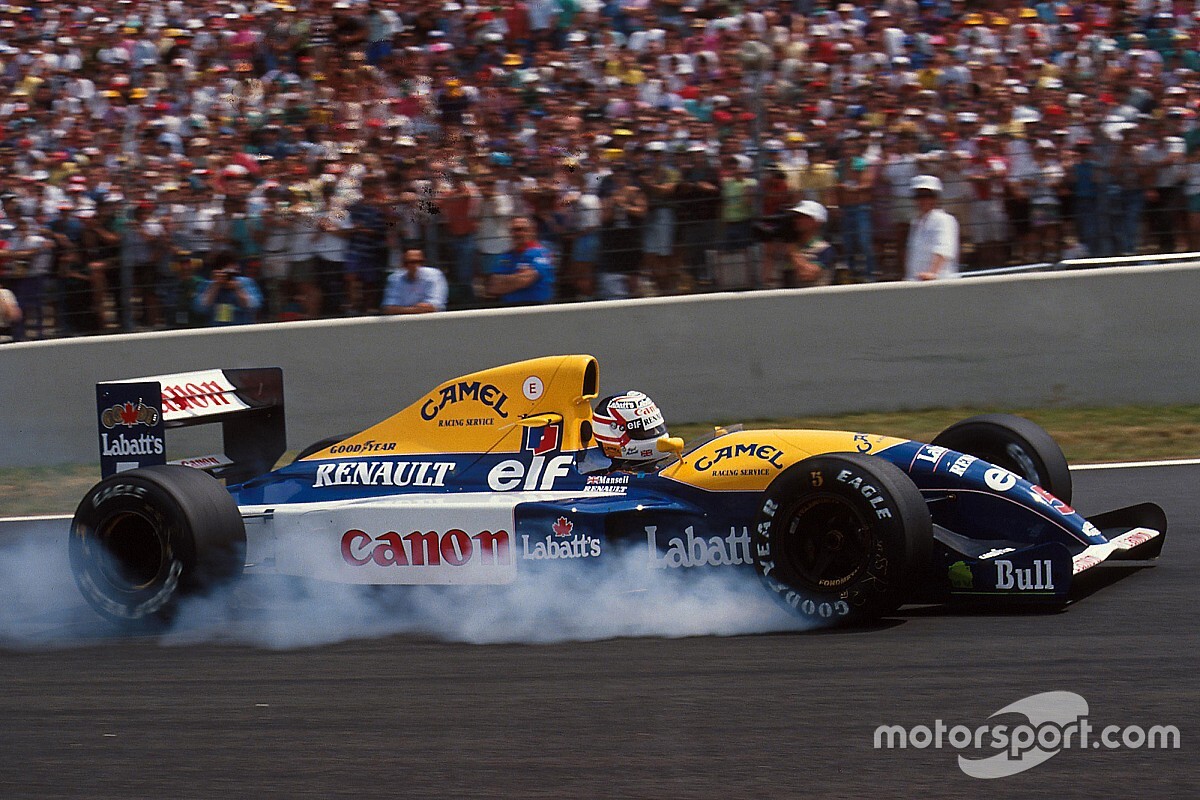 One of the greatest racing car designers of our time, Adrian Newey’s work has spanned Formula 1, Indycars and sportscars. In F1 his designs have won over 150 grand prix, and his 10 constructors’ titles have come across three teams – which is unmatched. Here are his Top 10 cars... 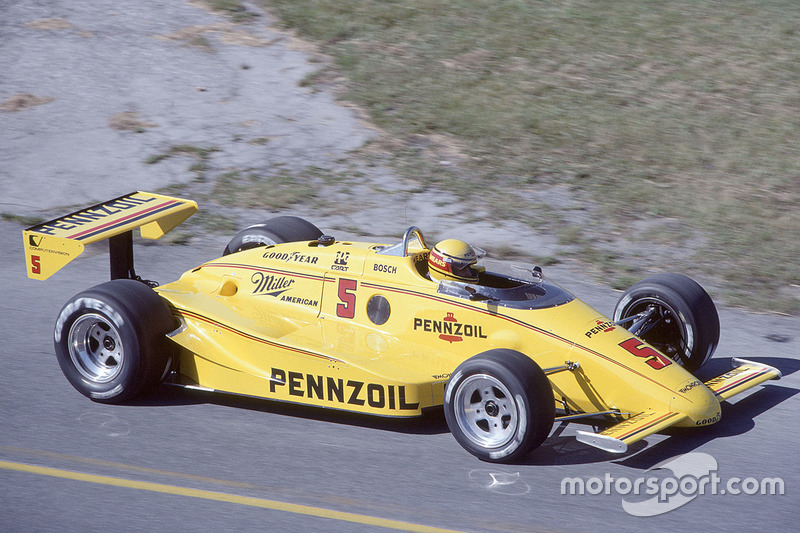 After penning March's sportscars in previous years, Newey proved his open-wheel genius with this customer Indy car that was a hit with teams – and won the Indianapolis 500 (Danny’s Sullivan’s famous spin-and-win victory). The cars that followed were also well regarded, flagging him up on F1’s radar. And that would lead to great places… 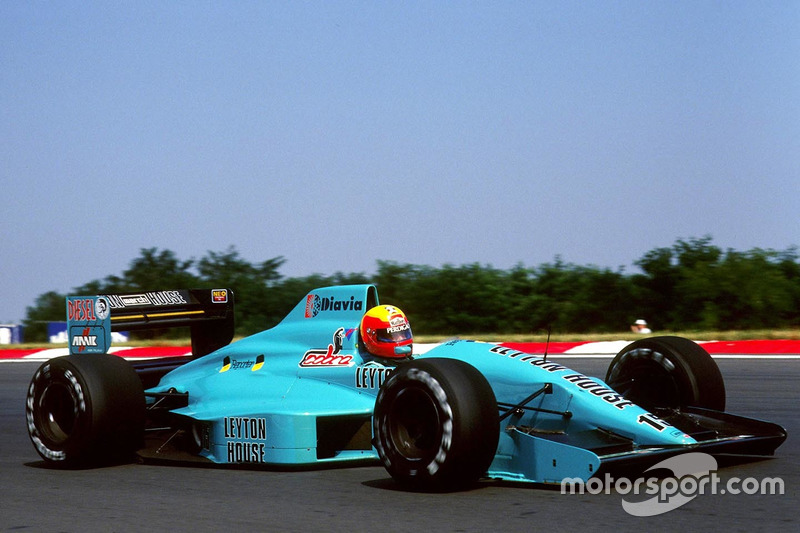 His first Formula 1 car exceeded expectations, and raised the bar in terms of aerodynamics (check out the nose and sculpted endplates) and tight packaging – as he squeezed poor Ivan Capelli and Mauricio Gugelmin into the smallest cockpit possible. What the Judd V8 normally aspirated engine lacked on the straights compared to the turbos, the drivers were able to make up for in the corners. Capelli was the only non-turbo driver to lead a lap all season in Japan, and scored two podiums (the first when both Benettons were thrown out in Belgium). 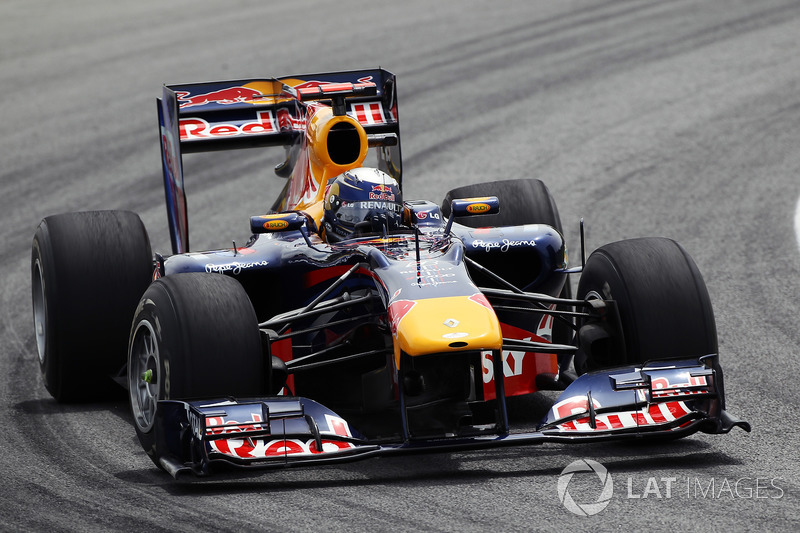 The first of a lineage of Red Bull title winners, the downforce levels Newey managed to extract compared to all rivals helped propel Sebastian Vettel to his first of four championships. That was achieved in a dramatic showdown in Abu Dhabi, aided by Ferrari’s strategy error that resulted in title favourite Fernando Alonso getting stuck behind Renault’s Vitaly Petrov. This was the acorn of Red Bull’s era of domination. 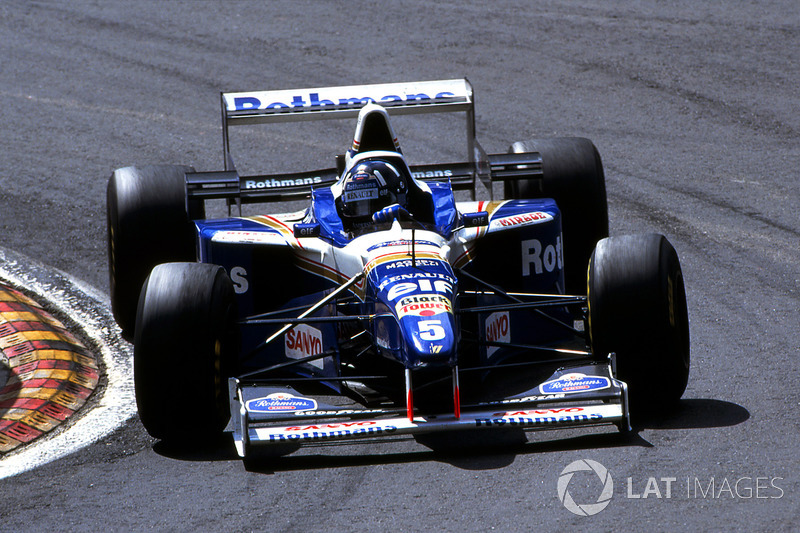 After the disappointment of being thwarted by Michael Schumacher and Benetton for the previous two seasons, Schumacher’s move to Ferrari opened the door for Damon Hill to have a clear run at the title. The FW18 had a trick diffuser, and was the weapon he craved, winning 12 of the 16 races, with upstart new teammate Jacques Villeneuve pushing him hardest. Newey would leave the team before the end of the season, bound for McLaren, but not before designing the FW19 – which took Villeneuve to the title the following year. 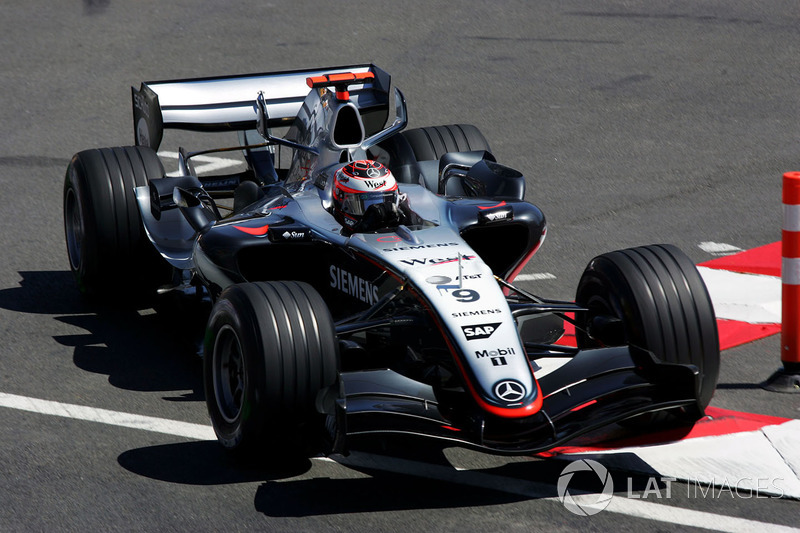 While this car didn’t win either title, it won more races than the opposition in 2005. Technical failures – especially in the early part of the season – cost Kimi Raikkonen dearly, as teammate Juan Pablo Montoya ('tennis' injury notwithstanding) added three wins to Raikkonen’s seven. Despite a late-season surge, during which McLaren won six of the last seven races, Raikkonen would finish second to Renault’s Alonso. 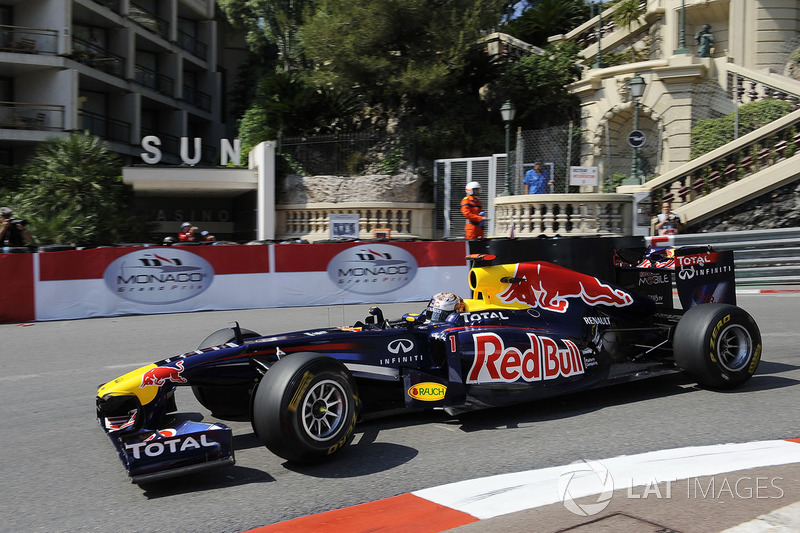 With its first title won in 2010, Red Bull went from strength to strength, winning 12 from 19 races in 2011 allowing Vettel to cruise to his second title. Only McLaren’s Lewis Hamilton (in Korea) stopped a clean-sweep of Red Bull poles between Vettel and Mark Webber, and it won the constructors’ championship by over 150 points. This car was like RB6-squared (but not literally, as that would make it RB36). 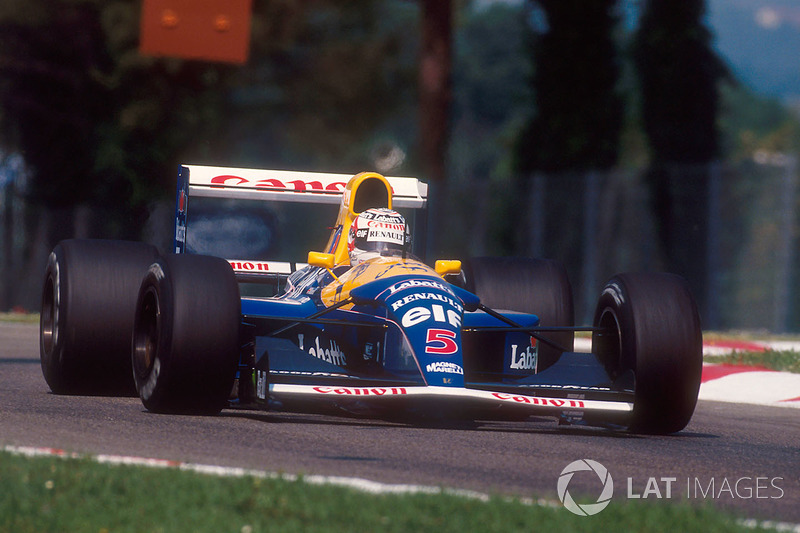 After joining forces with Williams legendary technical director Patrick Head, Newey’s aerodynamic genius reaped dividends. Following a reliability-plagued 1991, where the FW14 proved immensely fast but incredibly fragile (it was the first Williams car with semi-automatic paddle-shift transmission), the refined 14B – which added active suspension – put everything right for Nigel Mansell to dominate the ’92 world championship. Mansell won a then-record nine races, and the title, to teammate Ricciardo Patrese’s one. In total, FW14 won 17 races across two seasons. Mighty. Absolutely mighty. 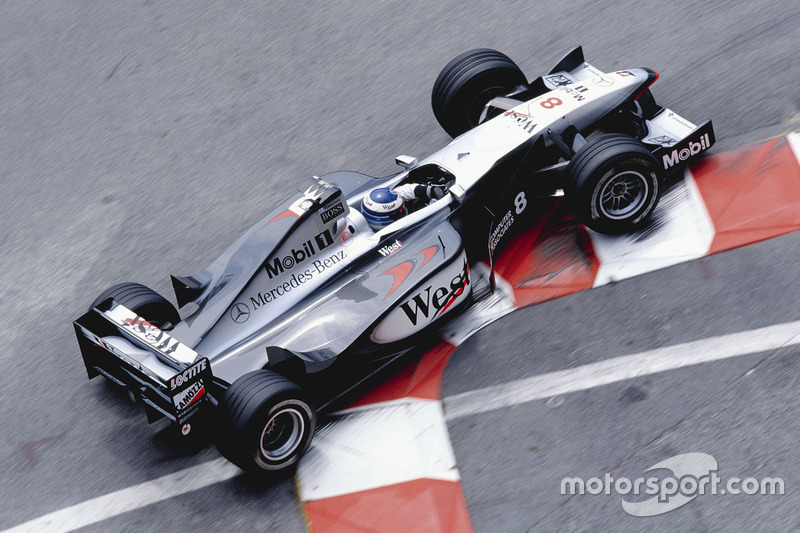 The advent of narrower cars and grooved tyres for 1998 allowed Newey an opportunity to jump ahead of his F1 rivals, and with MP4/13 he did everything right. He lowered the car's centre of gravity to minimise weight transfer. Although Schumacher pushed star driver Mika Hakkinen hard during an epic title fight, Mika’s eight wins propelled him to his first championship. And the car looked stunning, too, in that silver livery.

The peak car of the Red Bull era, and a fitting send-off to the V8 era. Vettel became only the third driver in history to win four consecutive F1 titles, ending the season with an incredible nine-race winning streak (tying Alberto Ascari’s all-time record), having already netted four victories in the first half of the season. The car was so good, it sparked rumours of KERS-induced traction control, trick engine mapping and bending floors – the latter leading the FIA to subject it to more stringent testing. Vettel even found time to enrage his teammate Webber in the Malaysian Multi-21 fiasco. Peak Vettel! 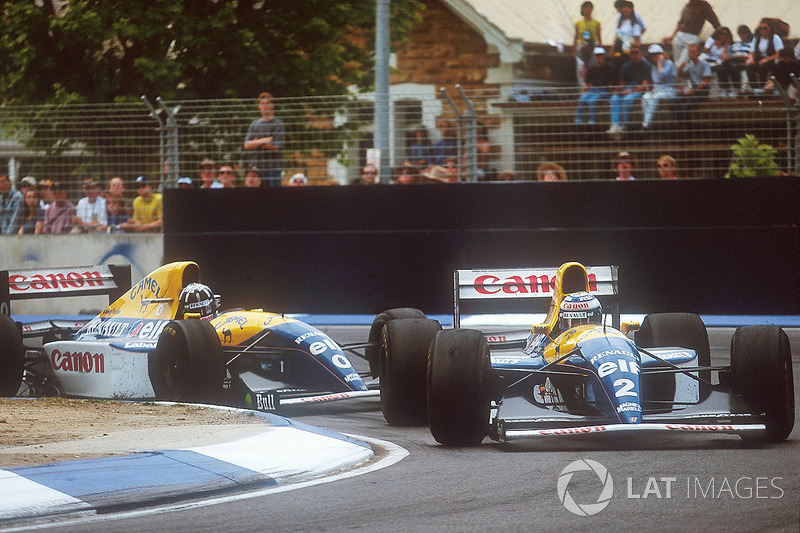 Taking up where FW14B had left off, this was perhaps the most technically-advanced F1 car in history. Unlike its predecessor, it was designed from the start with active suspension, allowing Newey to clean up its aero package and reduce its frontal area. This gave the leeway to add a larger rear wing for high-downforce tracks. ABS was also available, and the car’s active suspension system even allowed drivers Alain Prost and Damon Hill to adjust the rake of the car on straights to eliminate the drag from the diffuser in order to help overtaking (and you thought DRS was a new idea!) Prost scored his fourth world championship and promptly retired at the end of the season, while Hill scored his first three F1 wins.