Top 20 moments of 2014, #5: Marussia/Caterham give new meaning to money problems 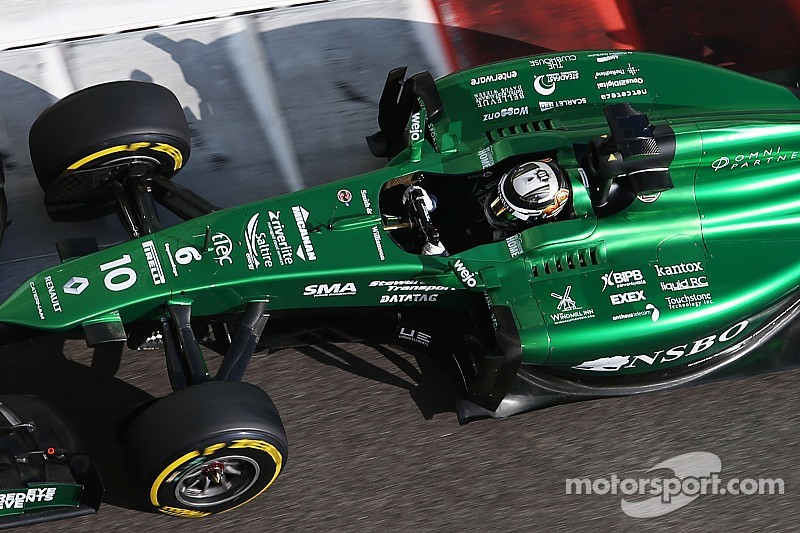 Looking back of the top 20 moments of 2014, the struggles of Marussia and Caterham cannot be overlooked.

Thirty years ago – that would have been the 1984 Formula One season – it was the 35th year of the championship. The list of the top 20 drivers was filled with now-famous names: Niki Lauda was the champion, followed by Alain Prost, Elio de Angelis, Michele Alboreto and Nelson Piquet. Also on the list: Keke Rosberg. Ayrton Senna. Nigel Mansell. Patrick Tambay. Ricardo Patrese. Thierry Boutsen. In 16th, Eddie Cheever, followed by Stefan Johansson.

Then, lower on the list, Corrado Fabi. Johnny Cecotto. Mike Thackwell. Huub Rothengatter. Some of those guys – answers to the F1 version of “Trival Pursuit” – were low on the list because they weren’t great drivers, or weren’t in good equipment. I saw Johnny Cecotto’s last-ever F1 race, the 1984 Dallas Grand Prix, but I had to find a photo of his red, white and blue Candy-sponsored Toleman to remember who he was.

Flash forward to 2014, and you have to wonder who will be remembered in 30 years, 2044, from this season: Lewis Hamilton, of course; Sebastien Vettel, and a bunch of others. But will anyone remember the Formula One careers Caterham and Marussia drivers like Kamui Kobayashi, Will Stevens, Andre Lotterer, Max Chilton, Marcus Ericsson? Not unless they give us a reason to in subsequent season.

There have always been F1 teams on the brink, the “nots” in the “have and have not” world of big-time racing. But the late-season bankruptcy of Marussia and Caterham was a sobering reminder of what’s at stake here – even the smallest teams have at least a hundred families depending on the company to put bread on the stable, kids through school.

There was nothing like the 18-car grid at Circuit of the Americas in Austin to drive home how brutally expensive the sport is, especially when the sanctioning body dictates a bunch of pricey changes that they explain will help save money. Indeed, Ferrari’s fourth-place winless season is proof that no matter how much money you have, you are never guaranteed success. And the somehow still-ticking Sauber team, which managed to run every race, finished with the same number of points that Caterham did: Zero. One spot behind Marussia, thanks to Jules Bianchi’s heroic ninth-place finish in Monaco.

The failure of Marussia and Caterham polarized the F1 family: Some insisted these teams bring little to the table, and should be allowed to die. Others insist that the sport must do more to help them, as failure darkens the sport, and that good drivers often get their shot on small teams.

Remember Gerhard Berger, for instance? Zero points scored in 1984 with his ATS team, which folded at the end of 1984. But had they not given Berger that first shot at F1, would he have gone on to win 10 races and 41 poles with teams like Ferrari and McLaren?

Which, incidentally, do still exist.

Autocourse back in time: Ayrton Senna, profile of a champion